Hear what our four CUPRA drivers had to say about their overall successful weekend at Snetterton for round 2 of the Kwik Fit British Touring Car Championship. Nic Hamilton: “Today has been a tough one but with a lot of positives to take from it. Race 1 was OK, we just...
Read More

Hear what some of our 2021 BTCC drivers have to say about qualifying in round 2 of the Kwik Fit British Touring Car Championship at Snetterton. Glynn Geddie: “Firstly I want to say a big thank you to the team for getting the car ready for this weekend. Although we had...
Read More

Ash Sutton qualified in pole position after finishing both free practice's in P1 and P2 Carl Boardley achieved one of his highest ever qualifying positions in P13 Jack Goff qualified in P15 and Aron Taylor-Smith in P19; a great job considering the CUPRA’s had never...
Read More

Yesterday the team and their Kwik Fit British Touring Car Championship (BTCC) 7 car line up headed to Silverstone circuit for the 2021 BTCC media day. The team announced their partnership with Laser Tools Racing in December 2020 and this season is entering the...
Read More

Team HARD. Racing can today confirm an exciting partnership with YAZOO, the UK’s number one traditional flavoured milk brand. This partnership will see YAZOO hold a large brand presence across multiple race series throughout the team’s 2021 line up including the...
Read More

WaveCrest Partners with Team HARD. Racing for the 2021 Season 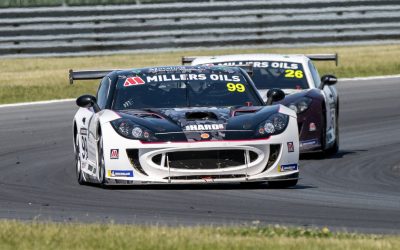 Support Categories: Snetterton- Round Up

Hear how the drivers in our support categories got along at Snetterton for round 1 of the Porsche Carrera Cup GB, Millers Oils Ginetta GT4 Supercup and Quaife MINI Challenge UK. Porsche Carrera Cup: Nathan Harrison: “I don’t think myself and Team HARD. have done a bad...

END_OF_DOCUMENT_TOKEN_TO_BE_REPLACED 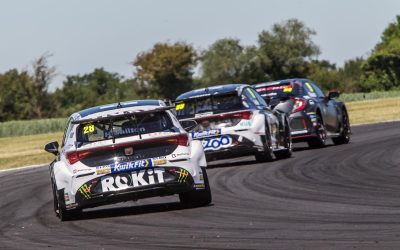 Hear what our four CUPRA drivers had to say about their overall successful weekend at Snetterton for round 2 of the Kwik Fit British Touring Car Championship. Nic Hamilton: “Today has been a tough one but with a lot of positives to take from it. Race 1 was OK, we just...

END_OF_DOCUMENT_TOKEN_TO_BE_REPLACED 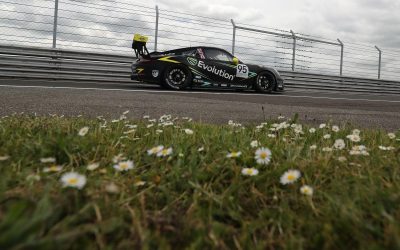 Read about how our other drivers got along today in round 1 of the Millers Oils Ginetta GT4 Supercup, Porsche Carrera Cup GB and Mini Challenge UK at Snetterton. Ginetta GT4 Supercup: Joe Marshall in the 99 Ginetta G55 qualified in P12 and partner Seb Melrose finished...

END_OF_DOCUMENT_TOKEN_TO_BE_REPLACED

Team HARD. Racing are offering YOU the opportunity to win a fully funded drive for the 2021 Ginetta GT4 SuperCup Championship as part of the TOCA package. A Prize fund that is worth in the region of £150,000.

Following a very successful 2020 Scholarship, the team have decided to run the programme again to kickstart the 2021 campaign.

We have an inhouse team of fully qualified vehicle technicians that offer a top-quality service for all cars. Oil changes, filter changes and everything in between can be carried out by the team to ensure that your car has the best chances of passing the next M.O.T.

Fan favourite Jack Goff who took the team’s maiden win in the 2019 British Touring Car Championship, will return for his fourth season with Team HARD. Racing after signing a new two-year deal. Goff made his debut in the championship in 2013 and this year will be spearheading the team’s development of the brand new Cupra Leon’s that are replacing the Volkswagen CC for the 2021 series.

Scotsman Glynn Geddie will be partnering Jack Goff and stepping into the second Team HARD. Racing Cupra Leon for the 2021 BTCC season.

The 2011 British GT champion will be making a return to the series for his first full campaign after completing bit part seasons in 2014, 2018 and 2020 and will be eligible to compete for the Jack Sears Trophy. Geddie competed in the series for Team HARD. Racing in the last two events of the season in 2020, putting in a string of strong performances and taking a points finish at Snetterton.

BTCC race winner Aron Taylor-Smith will be making his return to the series driving in the team’s third Cupra Leon.

Taylor-Smith has been away from the series for 4 years, last competing in 2017 where he took multiple race wins driving the now retired Volkswagen CC. Since his debut in 2011 he has completed six full seasons in the series. In 2018, Taylor-Smith switched to GT racing taking several class wins in the Blancpain GT Sprint Cup series and competed in the British GT championship in 2019. However, Aron felt the 2021 season was the right time to make his return to the BTCC.

Nicolas Hamilton has been revealed as the final driver to complete Team HARD.’s four car CUPRA line-up for the 2021 BTCC season and will be remaining at the wheel of a ROKiT Racing and ABK Beer sponsored car this season.

After achieving his best qualifying position and first points finish after driving one of the teams Volkswagen CC’s last year, Nic is back for another season and is excited to see what another year with the team may bring.

A new collaboration between Team HARD. Racing and Laser Tools Racing will see the creation of the ultimate BTCC team for the 2021 season.

Two-time reigning champion Ash Sutton, fan favourite Aiden Moffat and local hero Carl Boardley will be making a three-pronged attack in the championship winning Infiniti Q50s. Laser Tools Racing are currently building a third Infiniti Q50 that Carl Boardley will switch to from the BMW 1 series for the upcoming season.

“For me, there is nothing like the BTCC as a fan, a driver, a team owner or a businessman. At every level it ticks all the boxes. It’s a TV show with some great characters which is full of highs and lows. The marketing of the championship is fantastic with the fan base being second to none. You won’t find another championship like it. For 2019 we will be running our four Volkswagen CC’s which are proven machinery in the BTCC paddock. In 2018 the 2017 Clio Cup champion and the 2017 VW Cup champion joined the team demonstrating that we are one of the most exciting teams on the grid.

Realistically, all we want to do is to keep improving. We want to win every championship we compete in and we have done in the Britcar, VW Cup and British GT, yet the BTCC still eludes us. To win the BTCC would write our team in UK motorsport history. We are a young team that is pushing established manufacturers to the limit and our plan is to bring our partners along for the rise to the top of the UK’s most prestigious championship and beyond!”

Keep up to date with all the latest events and news from Team HARD Racing.