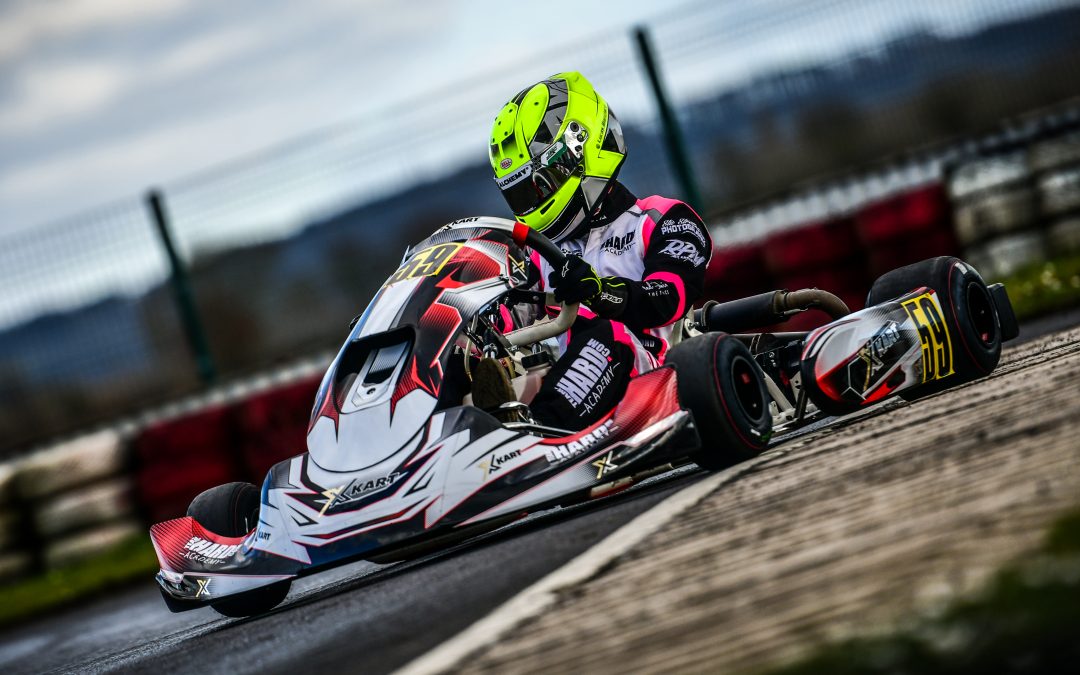 This weekend saw the opening round of the Junior Kart Championship at Fulbeck in Grantham, where Lucas debuted on and off-track with a new chassis and new team. Moving to the X Kart Chassis having had only one test ahead of the championship, Lucas was prepared for a challenging weekend.

Lucas brought the chassis up to speed with his feedback which allowed the team to make appropriate adjustments. Come Sunday, we elected to run with fresh rubber and closed practice as the quickest in the session. Lucas and X Kart were sitting very comfortably together. 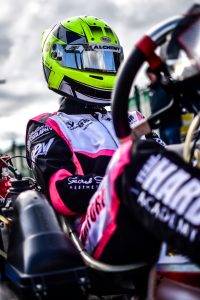 We started P4 for heat one where the grid had been chosen at random. Lucas made a great start and by the end of the first lap was sitting in P1. Driving exceptionally well and banging in fast lap after fast lap, he crossed the line 14 seconds ahead of P2, with the fastest lap by some margin. However, Lucas received a nosecone penalty and break of formation at the start so was given a 10-second penalty. But with his sensational drive, this didn’t affect the outcome of the race.

Starting P10 for heat two, Lucas drove the X Kart up through the grid to P1 by the second lap. The team tried a different tyre pressure for this race, which didn’t make a positive effect as the tyres only kicked in at the end of the session where again Lucas put in the fastest lap. Crossing the line with 7 tenths on P2, Lucas took another win.

Heat three played out similarly to the first two, as Lucas went from P7 to P1 in the first lap with some great overtakes. The commentary focused on Lucas’ driving ability being in another class that day, and after a composed drive crossed the line in P1, again, with the fastest lap by 8 tenths.

Consequently, Lucas started the final in P1, however didn’t have a great start off the line, losing a place at the first corner. Still as determined as he was earlier in the day, Lucas completed a brave overtake before the first chicane and didn’t look back. Pulling away from the field again, the commentary mentioned how the other drivers had decided this race was all about the final podium positions – Lucas had secured P1 before the kart touched the ground. Missing out on the fastest lap in the final by 8 hundredths, Lucas did the team and his partners proud with an overall 1st place. 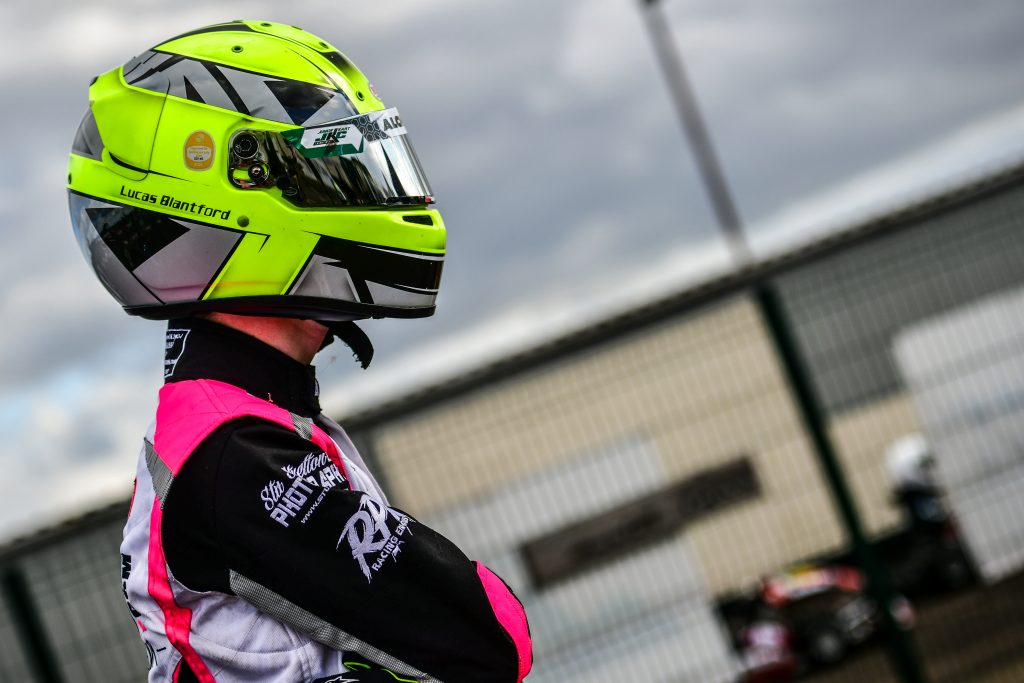 This proved a great start to the 2022 Junior Kart Championship and a fantastic debut on a new chassis which gave X Kart their 1st win in the Mini Max class. Lucas said “I am delighted to have given X Kart their first win in Mini Max. I was ready for a difficult weekend, but the chassis suit my driving style perfectly and the team has been phenomenal. Thank you to RPM Race Engines, X Kart, and Team Hard Racing for the support. Also, a big thank you to the people running the championship, and all of the marshalls and track staff who make the race weekends happen!”