Eaton swaps to HARD. Ginetta for Final Round.

The Northampton based driver will contest the final round of the SRO British GT Championship at Donington Park in the Team HARD. run 2016 Ginetta G55.

Coming off the back of a great result in Monza where Abbie made history by being the first woman EVER to win at a Blacpain Endurance Race event in a Ferrari 488 GT3. For having minimal seat time in the Italian machine and to produce an amazing result Eaton is hoping that she gets to grips with the 2016 GT4 Championship winning car just as quickly.

Abbie said on the switch to the Team HARD. run Ginnetta; “I’m really looking forward to learning about the characteristics of the Ginetta GT4 and being back in the British GT paddock. It’s a fun weekend for me but I’m hoping a little rain dance will bring the Ginettas into podium contention at the usually ‘power dominant’ Donington Park.”

Team HARD. Boss Tony Gilham said on having the young lady in the car; “Abbie has been around a long time and has driven some fantastic races, we have spoken about working with each other on many occasions, but it has never happened for whatever reason, but the stars have seemed to have aligned and I am excited to see what Abbie can produce behind the wheel of our title winning GT4 Ginetta” 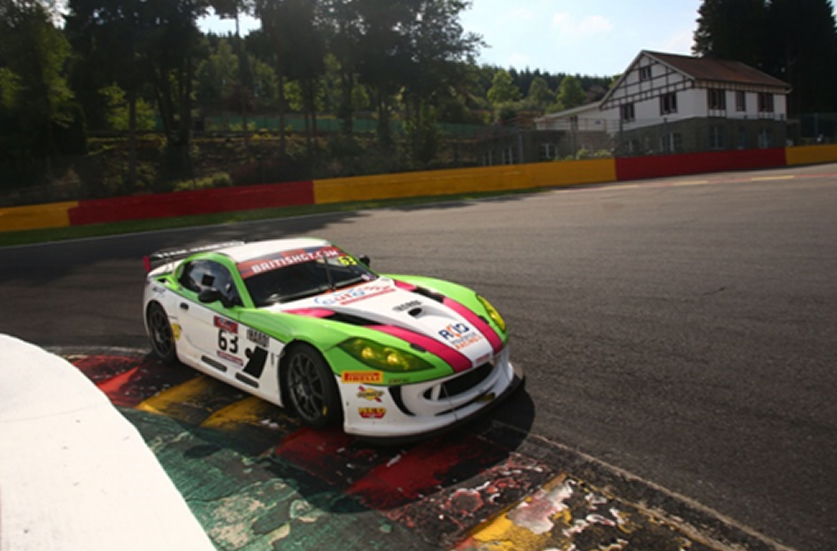 Joining Eaton in the Team HARD. Ginetta will be Jake Giddings. The young driver who has previously piloted the G55 for Team HARD. with his last outing being at the famous Belgium circuit Spa where he finished 10th overall, 7th in Class and towards the end of the race was quickest on track in the GT4 Class.

Giddings expressed his joy at the chance to jump into the Team HARD. car again “Really looking forward to be getting back out on the grid. It was great to be asked to come back to Team HARD. to push for that result that everyone deserves  and to try finish on that high for the last round of the British GT championship. I am really looking forward to driving with Abbie she’s a quick pedaler, we’ve battled on track  so will be good to share a car and see if together we can put the Ginetta though it’s paces.

Tony followed up what Jake had to say with “Having Jake in the car again is a massive plus for the us, having worked with the boys before at Spa they are all keen to work with him again and it has definitely brought a much needed buzz to the team again. We hope that Abbie and Jake will work well together and help us end a disappointing year with a smile and Silverware.”