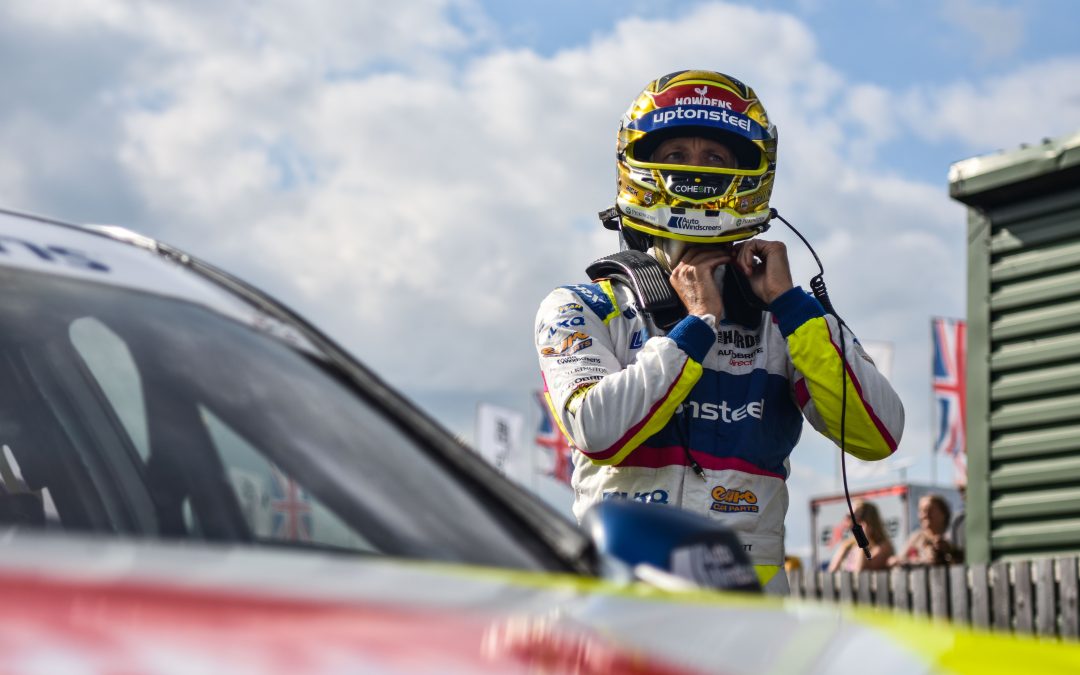 Bobby Thompson: ”So a real tough day but a challenging day and rewarding at the same time. We don’t get a chance to come here so often so it’s whoever can learn the quickest.

”FP1 being wet then dry really didn’t help anyone out there. It’s been enjoyable and we’re knocking on the door of that top 10 in qualifying and that’s what we need to have a good Sunday at the moment. We’re 12th place and we were sitting 11th for a lot of it, so I’m really happy.

”The car feels great, the chassis feels incredible, we just need to work a little bit harder to inch into that top 10. I think 1 tenth would’ve gotten me into 8th so we are so so close.” 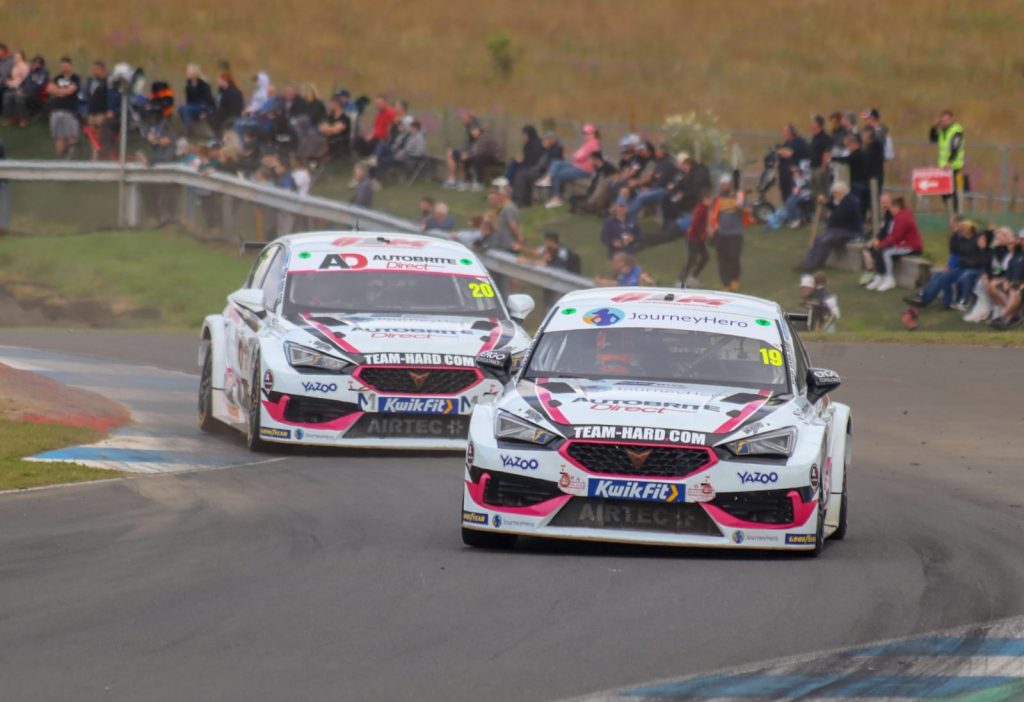 Will Powell: Hoped for more from qualifying but that was always going to be a big ask on my first run round Knockhill, where you seem spend half the lap airborne!

A few mistakes by me in the session just cost the quicker lap times and it’s very difficult to get a clear run around here.

I reckon we’ll be stronger tomorrow over a race distance for team Autobrite with Journey Hero for Team Hard. 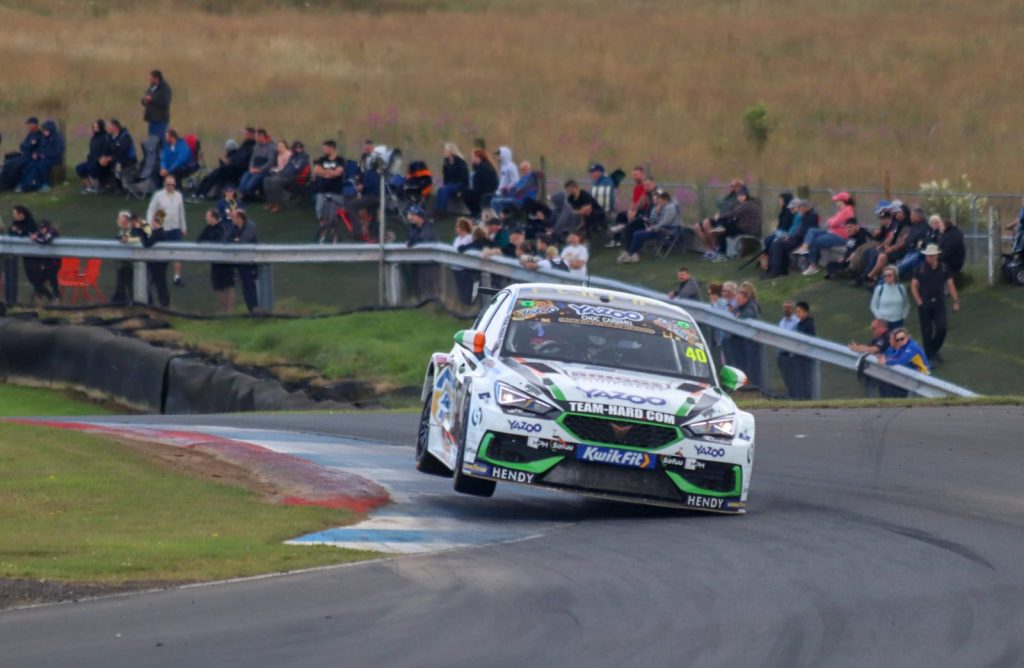 Aron Taylor-Smith: ”Qualifying was a very scrappy session. I think the red flags and a puncture as well kind of ruined my running. I think today has been positive, top of the time sheet in FP1 and relatively competitive in FP2 on old tyres is good. So I thought we’d be in that bubble of 10 to 15 but it just didn’t materialize.

”I think looking at the data I can see exactly where the time is compared to Bobby. It’s on a particular corner where we got the puncture earlier in the session but probably a little tentative not to hurt the car through there. But, I don’t think that’ll be an issue in the race because it’s different tyre pressures, different everything and we should be back in the zone. I know I have a fast car beneath me, for the races I expect to be able to jump forward quite a bit and we should be in for some good points tomorrow!” 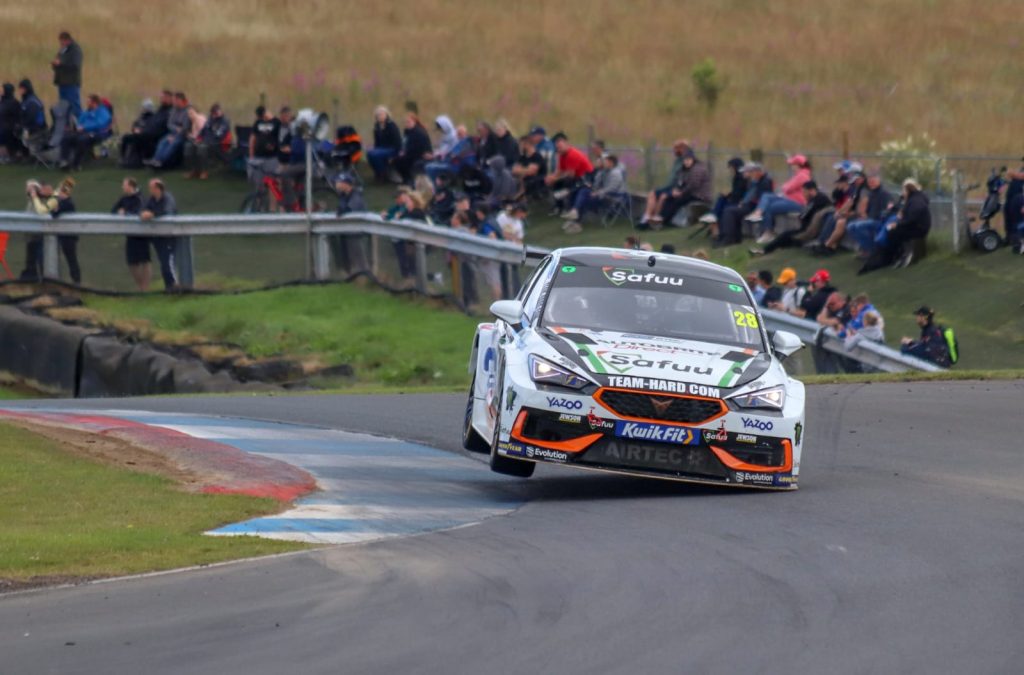 Nic had break issues which caused him to finish qualifying early

Nic Hamilton: ”A really scary day i would say. We’ve been struggling on the brakes all the way through today and we didn’t really know what the problem was. So in qualifying we had brakes that were really under performing so I didn’t really have a lot of confidence and then on my last run the brakes completely failed which was super scary because having no brakes, one of the worst things you could ever imagine in a car.

”So, we start absolutely dead last tomorrow which is not great but the team found the issue and the boys are working hard to make sure that it is resolved for tomorrow, which it will be. So I just have to get my head down tomorrow and hopefully drive forward. The car feel really good here but it doesn’t matter having a good car if you have no breaks. That was our situation and hopefully we can improve in the races tomorrow.” 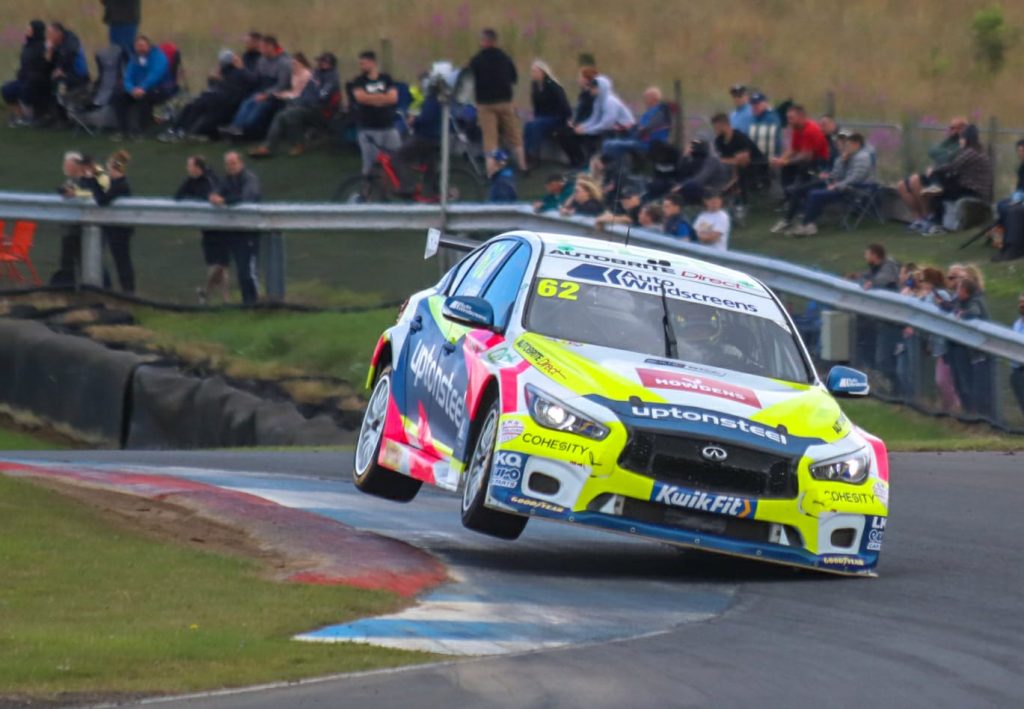 Rick Parfitt: ”Massive progress made today and bear in mind I have never driven this car around Knockhill until today and obviously we haven’t had a lot of testing and not any during the season so every single time I went out I was quicker. My ideal lap would’ve really put me right up into the mix but sadly obviously qualifying is a bit of a lottery and so my banker lap was the one that counted and that was quicker than I’ve been before. So I’m quite happy with where we’re at.”