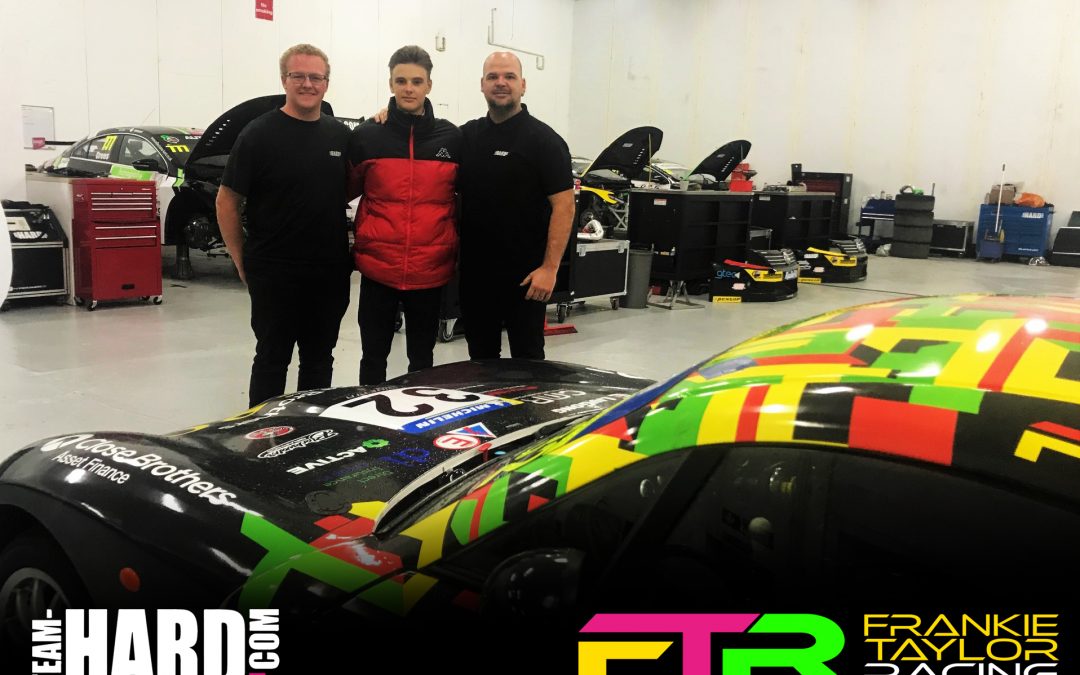 Tony Gilham, Managing Director of Team HARD. Racing is delighted to see Taylor move over to the team after seeing his progression in the championship this season. “It’s great to have Frankie (Taylor) representing us in the Ginetta Juniors at Silverstone and Brands Hatch. He’s been a key figure in the championships ‘Rookie’ battle, often mixing it with seasoned veterans inside the overall top 10.”

Team HARD. Racing are very excited at entering the series…. Taylor will be hoping to make use of the ever-growing brand and sponsor activation packages that are on offer at Team HARD. Racing.

Taylor is delighted to be joining a team that offers the whole motorsport ladder. “I’ve had a great debut season to date in the Michelin Ginetta Junior championship, the competition is tough, but I am getting quicker all the time and starting to mix it within the top 10 on a regular basis.

I’m excited to be joining Team HARD. Racing. I visited their HQ this week and was taken back by the preparation and attention to detail they demonstrate. Seeing my junior car in the workshop next to the teams Supercup, Clio and British Touring Cars was special and shows the career progression that I want to take.”

Taylor’s transition to the team highlights the career progression that is available at Team HARD. Racing who provide a clear path for drivers to reach the top levels of Motorsport in the United Kingdom. Taylor will debut for the team in the Michelin Ginetta Junior series at Silverstone over the weekend of the 28th-29th September on the national circuit which is televised live on ITV4.