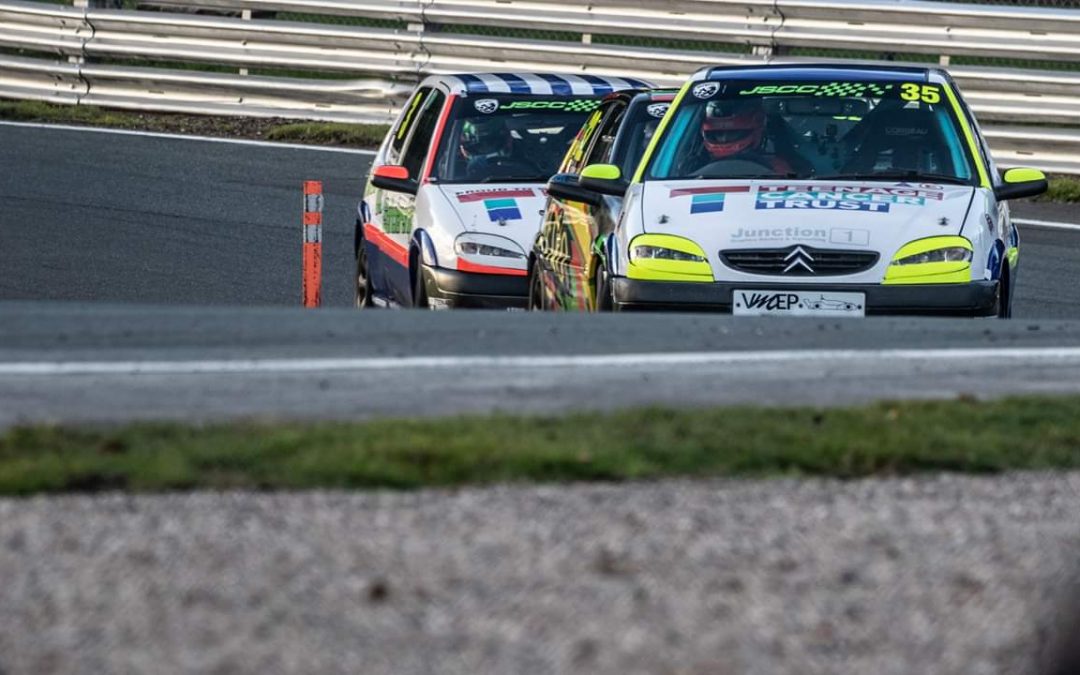 Scott McIntyre, 15, who will be entering his second season in the JSCC championship in 2019 has joined the Team HARD. Racing junior programme.

Scott has raced in karts since 2013 and entered the national championship in both 2016 and 2017. Scott made a fantastic debut in car racing, entering the JSCC in 2018 finishing third in the championship. Scott came to the fore at Oulton Park taking a double pole position and maiden win in the series on the same weekend.

It’s weekends like Oulton Park which fill Scott with optimism for 2019. “This season I aim to win the JSCC, have multiple wins, and remain consistent. I would also like to pick up sponsors to aid my racing in the future.”

Joining the Team HARD junior programme opens new avenues for the young driver from Riddings, Derbyshire. “Joining Team HARD. Racing has already opened many opportunities for me and my partners. It’s also allowed me to gain new sponsors who previously I couldn’t entice. This will allow me to expand my partnership group, which in turn will allow me to go further in my racing career. I’m extremely excited to get going!”

Managing Director, Tony Gilham is delighted to be helping more young talent progress through the ranks. “I find it very rewarding to help young talent make a name for themselves in racing. When I was an upcoming racer, I would have loved to have been welcomed by an established team to me progress.

At Team HARD. Racing we firmly believe that a driver’s off-track duties are as important as the actual racing. For example, our Marketing Manager will be guiding Scott through his social media training to help develop his understanding of how important off-track activities are to the whole package of a racing driver.”

Be sure to check up on Scott’s progress this season via his social media channels and Linkedin profile (https://www.linkedin.com/in/scott-mcintyre-racing/) for updates throughout the season.