Wakefield back for 2019 championship assault with Team HARD. 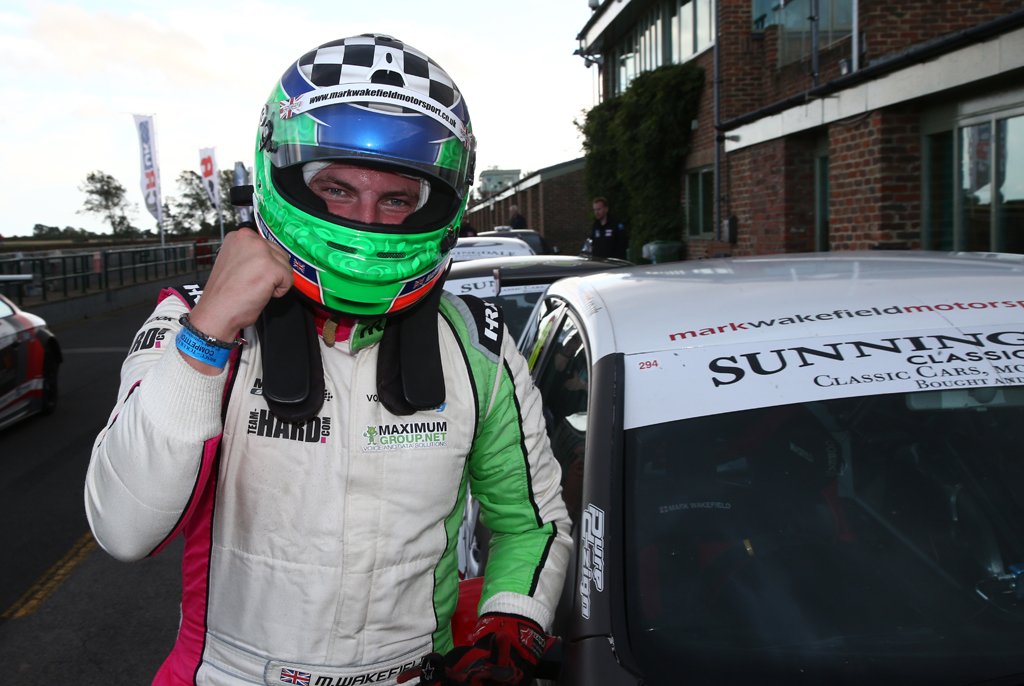 Team HARD. Racing are delighted to announce that VW Racing Cup ace Mark Wakefield will continue to drive for the team in 2019.

Mark had a fantastic debut season with the team, picking up three pole positions and two race victories en route to ninth in the championship. If it wasn’t for a few issues with the car in the first half of the season he would have been in contention for the championship without a doubt.

Mark values consistency and is looking to push on in 2019. ‘Racing for Team HARD in the 2019 VW Racing Cup seemed like the right option for me, 2018 was a year of learning the car, we had a year of up and downs but towards the end of the season I started to show what I could really do! We left Donnington GP in September as a race winner and I’m hoping to keep that up going into the first round of 2019 at my home circuit Oulton Park.’

With a season under his belt Mark is planning on being in full attack mode in 2019 as he looks to challenge and win the series. ‘My 2019 aim is of course to win the Championship, from racing last year in the Championship I’m feeling confident in being a contender for the championship which is always a good thing to start off with.’

I’d like to thank Tony Gilham for the opportunity of driving for the team for another year and I can’t wait to get back out in the car after Christmas!’

Wakefield from Weaverham, Cheshire put in a string of positive finishes in the final third of the season including a stunning victory at Croft in August which saw him pull off the move of the season. This is something that impressed team boss Tony Gilham who has been impressed with Mark’s development over the course of 2018.

‘Mark is a fantastic driver to have in the team, he is a family man which fits perfectly with our team culture. I’ve been very impressed with Mark’s development in 2018 and he was the quickest driver on the grid come the end of the season with two victories in the final three races of the championship.

It’s not only his one race pace that has impressed. His race craft has been impeccable which was highlighted with his double overtake on Jamie Bond and Darren Lewis at Croft. It was one of the best overtakes I’ve seen in a long time. It’s a shame that we had some teething problems with the car in the first half of the season because without the issues, Mark would have been a strong contender for the title in his first season with us in the VW Racing Cup.”

I have full faith that Mark will be at the front of the pack from the first round in 2019, he has a real shot at the title and it’s down to us to provide him with a package which allows him to deliver.’

Team HARD. Racing move into 2019 as back to back champions of the series after Bobby Thompson and Jamie Bond won the championship with the team in 2017 and 2018 respectively.

Mark is the second driver to be confirmed with the team for 2019 after it was announced in November that Howard Fuller would be returning to the series with Team HARD.

You can see how Mark gets on in his pursuit for the 2019 crown by watching the VW Racing Cup LIVE on Facebook throughout the season with round 1 taking place April 22nd. Make sure you pencil in the date, Mark means business.