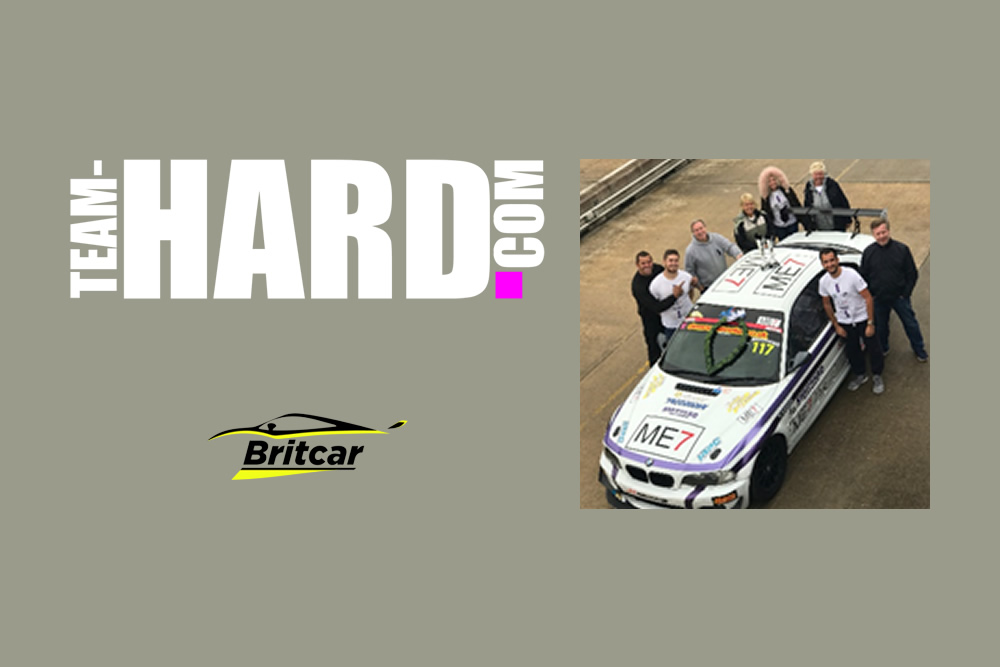 Adam Shepherd of Braintree, Essex will step up to the Britcar Endurance Championship for the next round at Oulton Park on October 20th and 21st.

Adam will be competing alongside Darron Lewis making this a very formidable pairing as they look to make up ground on the current championship leaders. They will be driving one of the Team HARD. Racing prepared Ginetta G55’s that has already been very successful this year with race wins and multiple podiums along the way.

Tony said “Adam has already had lots of success over the last three seasons with becoming the 2015 Civic Cup Champion, 2016 Tegiwa M3 Cup champion and the 2017 M3 Cup champion. This will be a natural progression for him as we assess all options for 2018 and beyond. We are already in advanced talks with partners and are putting together a competitive package for another championship assault next season. We have been in communication for some time now and having met Adam a couple of years ago on our scholarship, we have kept a very close eye on his development. It is quite clear that he is a star of the future and already a multiple champion. I am very much looking forward to working with Adam and seeing how far we can take him up our motorsport ladder”

This has all been made possible by the continued support of ME7 limited who has been a very important part of Adam’s motorsport journey so far and will have their name featured on the Ginetta for next weekend.

Adam added “Coming off the back of winning 3 consecutive championships in 2015, 2016 & 2017, I was looking to move up to the Ginetta GT4 Supercup with Team Hard for 2018. When I was offered the opportunity to drive in the final round of the Britcar Endurance championship at Oulton Park, with championship honours on offer, I could not resist. It’s a big jump to the Ginetta G55 which is a complete new beast to the M3 which I’ve been racing over the past two years, along with my first time on slicks, but I cannot wait to get out there and see what I can do for the team. I would like to say a massive thanks to my headline sponsor ME7, without them I wouldn’t have been racing this year let alone taking this step up.

Jordan, from ME7 commented “We are all very much looking forward to the final britcar round this weekend at Oulton park. We have been on the motorsport journey with Adam over the past year in the M3 Cup, being his title sponsor, and have achieved great success together and are now eager to see what the future holds and what else we can achieve as a team”