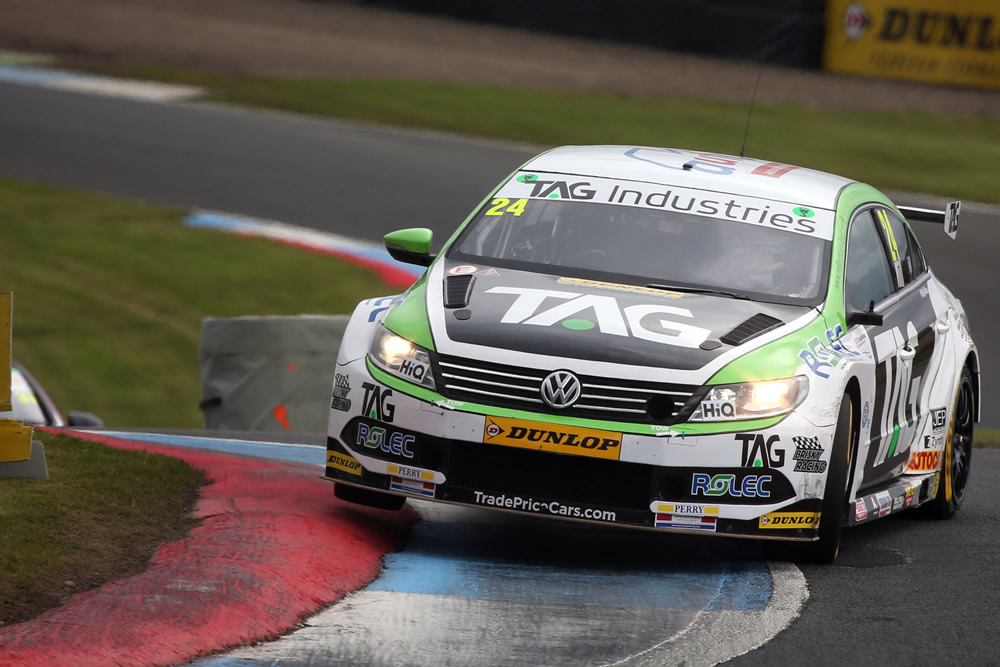 Having previously already been associate partners in 2017, Trade Price Cars owner Dan Kirby raced with the team in the Ginetta Supercup alongside the BTCC campaign achieving 6 podiums in the am class. The Essex based businessman was keen to expand his involvement with Team HARD in the BTCC albeit taking time out on driving duties for the forthcoming season due to family commitments.

“2018 is an exciting time to be involved with Team Hard Racing, we have got stronger every year in the BTCC. We have built an amazing technical team and all four drivers are capable of success, both overall and in the Independent’s Championship, so it’s fantastic that Trade Price Cars are our new title partners. It’s great that Dan (Kirby) as a friend of the team has given us a superb platform to work together, I can’t wait to see what we can achieve, both on and off track over the year” said Team Principle Tony Gilham.

Trade Price Cars will feature on all-four of Team HARD’s 2018 Evolution VW CC’s, with their distinctive logo prominently visible throughout the teams race operation, bringing guests along to enjoy VIP Hospitality, and benefitting from the incredible TV and Media exposure the BTCC offers.

“Being part of the TOCA package last season was a mega experience not only to drive in but to give something back to my sponsors in hospitality benefits and nationwide coverage. It is so important in modern day motorsport that drivers look after their partners and encourage them along to the track where the atmosphere and general race day vibe is electric. Our guests raved about the VIP Hospitality experience with Team HARD and for the forthcoming season we are confident those businesses will continue to support us. I know how hard Tony Gilham has worked to progress the team, so it seemed an ideal time for us to join as title partners.”

“Already recognised as winners in business now is the time to win on the race track with Trade Price Cars Team Hard Racing. The Independents and Jack Sears Trophy are strong possibilities, we will be pushing for both! Who knows, but It’s certainly an exciting time to be involved with the team” said Kirby.

The 2018 Trade Price Cars with Team HARD livery will be revealed at the BTCC Media launch on 27th March at Donington Park.