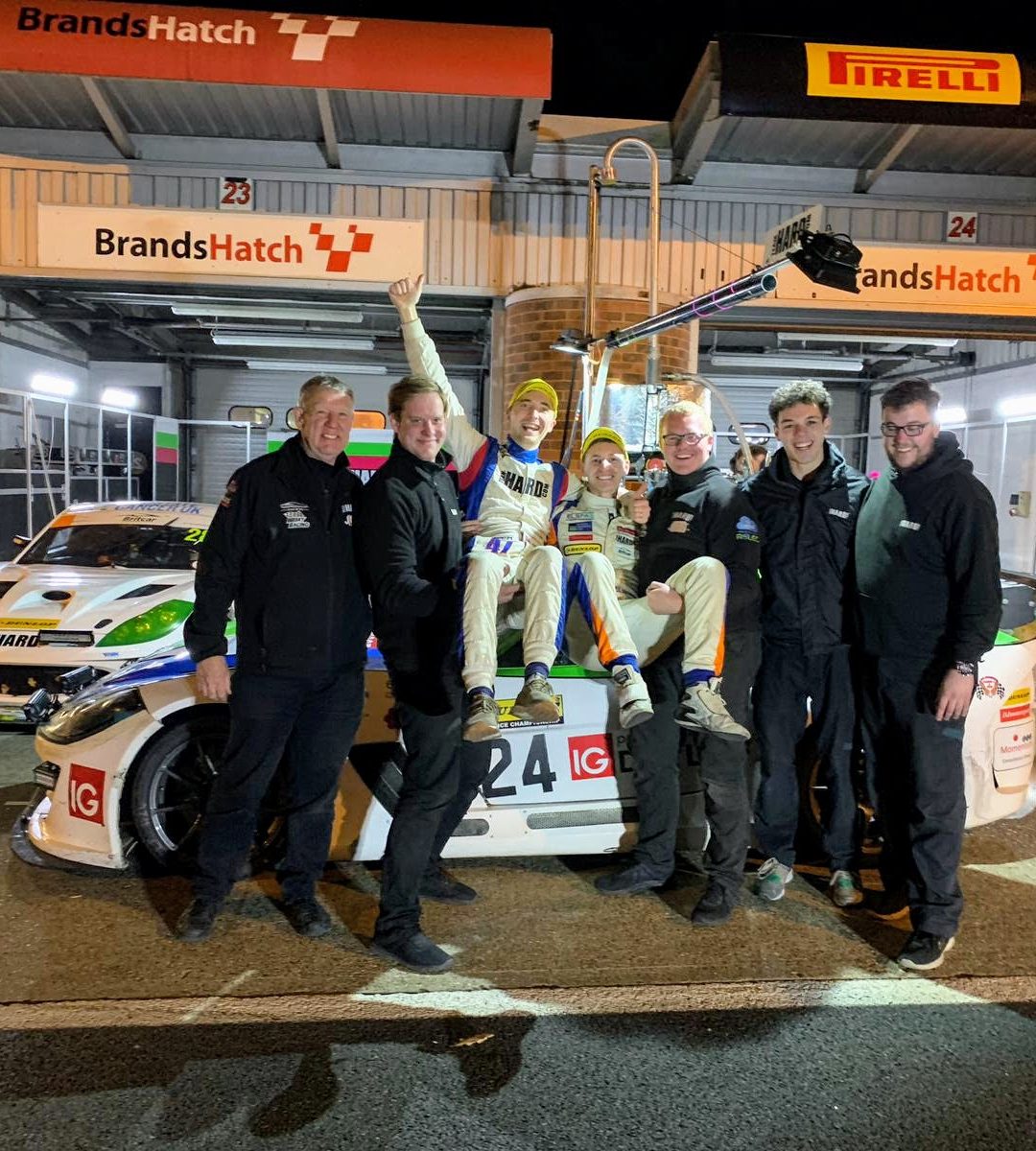 It was championship delight for Team HARD. Racing’s #24 Ginetta of Tom Barley and Simon Rudd in 2018 as they took the GT4 class honours in this seasons Britcar Endurance series. Consistency was the key to the pairs success as they finished on the podium in all 14 rounds of the championship, which was no mean feat with the large array of competition that was present in this season’s championship.

Peter Farrow, who heads up the teams GT program applauded the whole team performance over the season.

“It’s been a fantastic year for our GT team and to end the season with 3 podiums, a pole position, a fastest lap and winning the GT4 class we have really shown what amazing team work can do. Having worked with Simon and Tom for several years now we were able to work in cohesion to help give them the best package possible. In doing so they duly delivered.

Huge congratulations to Simon and Tom for their outstanding season, securing a class podium every race weekend is a record to be proud of.

Finally, thank you and well done to my amazing team, from the mechanics to the hospitality crew. Everyone has worked incredibly hard this year and we have had a year to remember, giving us motivation to come back even stronger in 2019!”

Having been in a tight tussle with the Track Focused KTM over the course of the season Simon Rudd believes that partnering again with 2017 team mate Tom Barley was a key to the championship going their way.

“It’s been a great year for us. We were on the podium for every race and won the most competitive class. The team have been faultless all season and I can’t thank them enough.

It’s been amazing to partner up with Tom again. We know each other’s strengths and weaknesses and used that to bring together the best package, it’s been so much fun.

As ever, a huge thanks to Team HARD. Racing, all my sponsors (Elsfab, Jackson Lift Group, VTS, Momentum Consultancy, DJMotorsport and Lester Controls) and my friends and family for sticking with us during 2018, at times it’s been a bumpy ride, but we have pulled through!”

Team-mate Tom Barley echoed the words of team-mate Simon highlighting just how in-sync the pair have been in 2018.

“14 races, 14 podiums. That’s the best way to sum up 2018! What a phenomenal season Simon and I have had. Team HARD. racing have put a flawless car in front of us every weekend, which made winning as easy as possible, we really had no excuses this season!

It’s been my most enjoyable and successful season to date. Here comes 2019! Thank you to IG.com and Engine Carbon Clean, without them this season couldn’t have happened.”

With the season now over, it was a fitting end to a successful season both on and off the track for the team. Motivation is high as the team look forward to a number of 2019 championship campaigns.