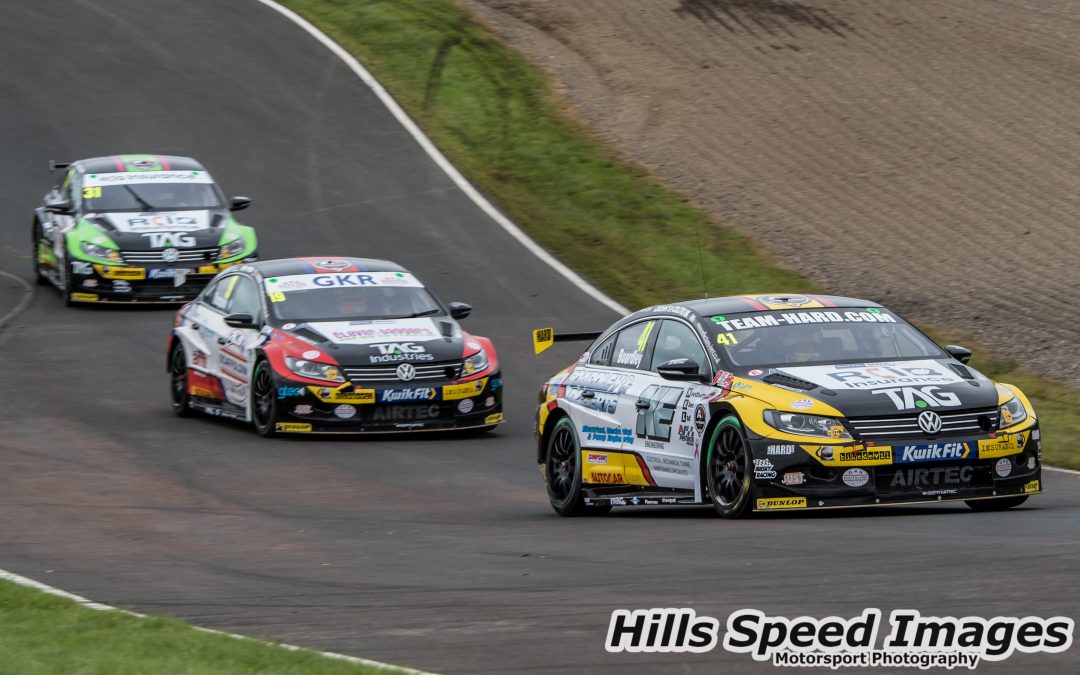 With the BTCC season now over, the cars are available for this weekend at Donington Park. The team have decided to enter the series to assess driver options ahead of the 2020 Kwik Fit British Touring Car Championship.

Team HARD. Racing Managing Director Tony Gilham is looking forward to seeing how fresh some fresh talents get on with the Volkswagen CC’s. “It was a no brainer for us to enter the TCT series this coming weekend. We’ve had a strong end to our BTCC campaign, and this presented a great opportunity to assess potential drivers for the 2020 season as well as start next seasons developments.”

Josh Coggan, who raced in the VW Racing Cup this season said:

“I’ve just been speaking with Tony [Gilham] and I’m really looking forward to it. It’s something I’ve wanted to go for a long, long time and I was hoping in the next year or two to get into Touring cars. Thanks to Tony for giving me the opportunity to get my feet into one and have a go.“

Asked about how he thinks the weekend will go:

“I’m nervous about it to be honest, obviously never having driven anything other than the Golf, but I guess driving just comes to me naturally in a way and like most drivers I try to just adapt to whatever environment I’m in. I’ll think we’ll be ok, I don’t expect to be near the front but I’d be happy with a mid-pack finish.“

Darren Lewis, who has been racing in the Ginetta GT4 Supercup this season said:

“It’s a bit of a bucket list item for me. I’ve always wanted to race a real touring car, but I didn’t think it would happen. I race with Team HARD in the Ginetta Supercup and Tony offered me the chance to do a round. I don’t know how good I’ll be but I’m really looking forward to it!”

Paul Taylor, who’s been racing in the GT4 Supercup this season said:

“I’m really looking forward to getting out in the car. I did a bit of testing in the touring car at the end of last year at Snetterton and then later at Brands and it went reasonably well. I’d like to think we’ll be competitive and we should have some fun!”

“It’s great to see new drivers out for our final round at Donington. As I have said before, this series is designed to give people the chance to race a Touring Car and Tony Gilham and Team Hard. Racing are doing just that.”

The Donington weekend is the 19-20 October and you’ll be able to watch the racing live on Facebook and YouTube under TCR-UK.