Thompson: We have to kick on at Croft. 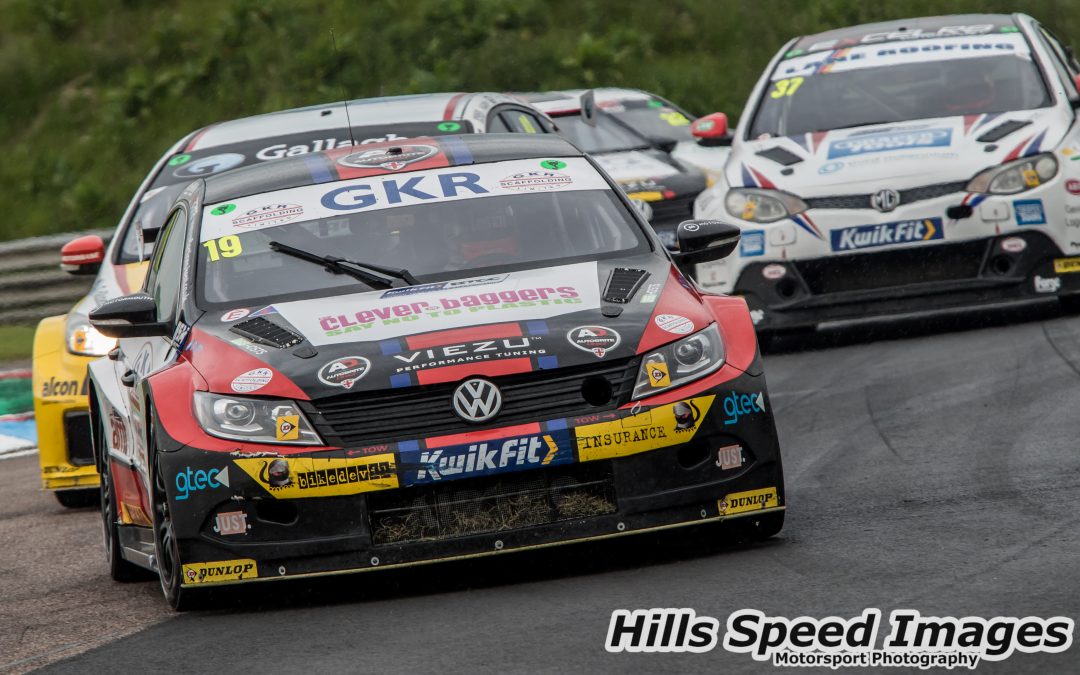 Second year Kwik Fit British Touring Car Championship star Bobby Thompson believes that this weekend’s visit to the 2.13-mile Croft circuit near Darlington for Rounds 10, 11 and 12 of Britain’s premier domestic race series gives him a chance to press the restart button on his 2019 season after two disappointing weekends at Donington Park and Thruxton.

After starting the season with three point scoring finishes including a career best sixth place effort at Brands Hatch, Thompson and his #19 GKR Scaffolding with Autobrite Direct squad have endured two point-less race weekends since leaving the Kent venue. Determined to reverse that trend with immediate effect, he 22 year-old Hornchurch based ace points to his strong showing in the final race at the North Yorkshire venue during his rookie year in 2018 as the key to kick starting a sophomore campaign that began so well.

“I’m a proud Essex boy through and through but I can honestly say I’ve never looked forward to going ‘Up North’ as much as I am this weekend, especially after what the whole team suffered through at Thruxton,” says Thompson, who remains third in the Jack Sears Trophy Standings, albeit an increasingly distant one. “We have Croft this weekend, then Oulton Park and Snetterton before we have to go back to Thruxton. That’s nine races and nine good opportunities to score decent points and we can’t let a single opportunity slip through our fingers.

“We started the year on such a high at Brands and we have to get back to that level to be able to really kick on with our year. Rory [Butcher] and Tom [Oliphant] have pulled away in the JST standings after the last few rounds but my goal is to peg them back as much as I can at the tracks where I know our car works well.”

Although Thompson’s maiden visit to Croft did not result in a points finish, the statistics don’t give a true indication of the pace that the 2017 VW Cup Series Champion showed during one of the hottest weekends in recent BTCC memory.

“The only time I had ever driven at Croft before last year’s race weekend was when I first sat in a BTCC car back in November 2017 and so it was basically a totally new experience for me. We had a steering rack failure on my first lap of practice which wasn’t fixed until the start of qualifying so my first proper lap of the track came in a BTCC qualifying session.”

Thompson gained a number of places during the first race and was making good progress in the second race when he was unfortunate to collect an errant bail of tyres that were stranded in the centre of the Jim Clark Esses which required a race ending pit stop. Having to start 32nd and last for the final race, Thompson overtook more cars than anyone else in the race to come home in the top 20.

“I really like the track itself, it is a throwback, quite narrow and not a lot of room for error. The sector out the back is one of the most challenging but fun bits of track we run on all year and as I discovered last year, the tyres bails in the Esses can easily be dislodged. But most of all I found I could really attack the track and the car responded brilliantly. Last year Croft was the fifth round and my race three drive there was followed by the best part of the season for me at Snetterton and Rockingham where I scored all my points. So let’s have a bit more of that this time around.”