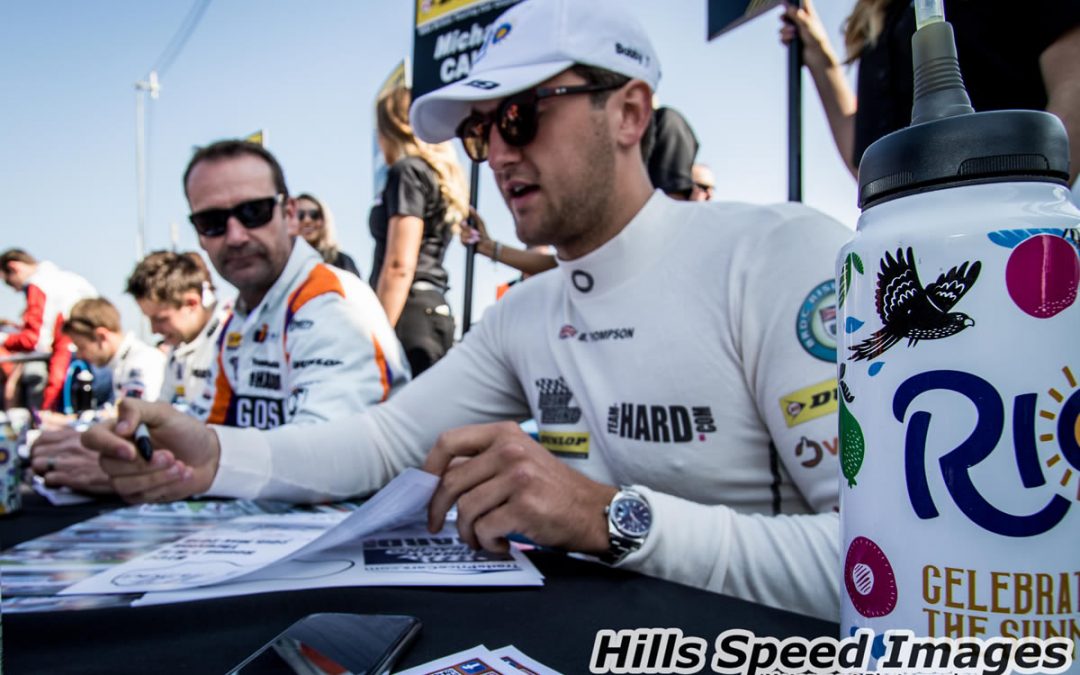 Dunlop MSA British Touring Car rookie Bobby Thompson admits that the Oulton Park circuit was a bit daunting the first time he took to the rolling Cheshire venue as an 18 year-old in 2015 but that doesn’t stop him ranking the narrow tree lined and deceptively quick 2.226-mile Island layout as one of his favourites.

As one of the tougher tracks to overtake on in the 2018 BTCC calendar, the reigning VW Cup Series Champion knows that qualifying will be more crucial than ever ahead of rounds 10, 11 and 12 if he is going to put the #19 GKR Scaffolding Team HARD with Trade Price Cars VW CC into the championship points for the first time this year.

“Oulton is a really flowing track,” says the 21 year-old Hornchurch based driver, whose 2015 debut at Oulton came in the championship he would be crowned champion of two seasons later. “It’s a lot quicker than you think, especially the section going up Clay Hill and into the fast right hander after it, which was a bit scary when I first drove it but now I love it.”

That same chilly day in April 2015 also saw the driver known throughout the paddock as ‘The Bobster’ make his first start for the team that would not only guide him to the 2017 VW Cup title but also into the most competitive touring car championship in the world. However after an embattled weekend at Thruxton last time out that saw Thompson usually the best of the tyre wear afflicted Team HARD quartet, the qualified ARDS Race Instructor says that everyone could do with a real boost this weekend.

“Thruxton was one of those weekends where as soon as we saw how hot it was going to be, we just went into damage limitation mode,” added the current BRDC Rising Star. “But I think we can get back to where we should be this weekend and that is challenging for points. I know I’ve got to qualify well and most of all get some decent starts because once you are into your rhythm here it can be hard to pass and I want to be at the head of the pack, not stuck in the middle of it.”

Turning the clock back to his debut weekend at the Cheshire track, a slightly wide eyed Thompson came away from his first foray into major senior saloon car racing with a trio of top ten finishes to his credit. A repeat performance may be stretching the imagination a little too far, but it hasn’t stopped Thompson believing that both he and the team are capable of it.

“Why not?” he smiles. “Michael Epps was awesome round here last year for the team and we’ve improved our engineering side since then and I know I’ve got the speed in me to do that, we just need a good qualifying set-up, good starts…..and some nice cold weather!”

Most importantly of all here is when you can watch Bobby on Track this weekend: