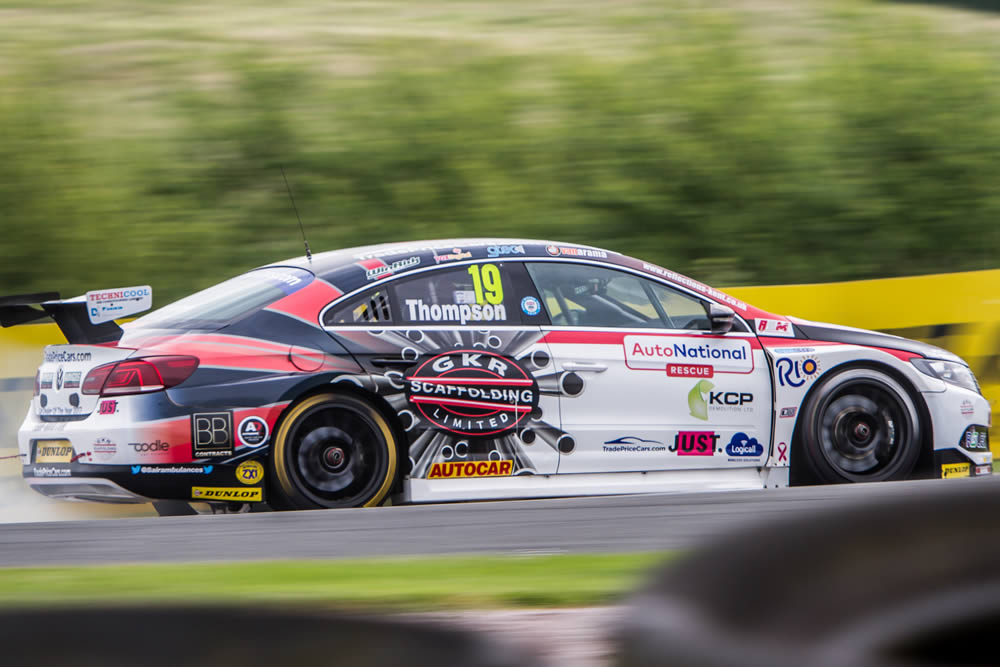 Rounds 13, 14 and 15 of the championship known as one of the toughest touring car series in the world will see the reigning VW Cup Series Champ return to the track where he first sat behind the wheel of a BTCC car back in February but where he has never raced before.

And after the disappointment of Oulton Park’s engine failure, which left the 21 year-old Hornchurch based driver side-lined for the third race of the day, the fact that Croft is technically a new track to him doesn’t faze the driver of the #19 GKR Scaffolding Team HARD with Trade Price Cars VW CC.

“When I raced in the Formula Kart Stars Championship we would go to a track called Ellough Park and in a strange way Croft reminds me of that,” says Thompson, who arrives at the technical but deceptively quick North Yorkshire venue seeking to regain his top ten place in the Jack Sears Trophy standings that he relinquished at Oulton Park.

“There isn’t much room and there are lots of fiddly sections but it is very, very quick around the back part of the circuit and after my first test day with Team HARD back in February I know it is a track that demands a lot of respect.”

With the #19 entry having been rebuilt following the damage sustained at Oulton and with a new engine in place, Thompson and his team have been further buoyed by an extremely positive test session at Brands Hatch for although the current BRDC Rising Star wasn’t on track himself, teammate Mike Bushell reported that the issue that has been blighting all four of the Team HARD drivers for much of the season, has been resolved.

“The team are confident that after Mike’s test they have found the solution and so after what has to be one of the toughest weekends of my career so far I am really confident going to Croft and I’m looking forward to meeting a whole new group of fans as I know that Croft has a really passionate spectator base.”

With glorious weather forecast for Sunday’s trio of races, which could lead to the similar record breaking type of crowd figures seen last time out at Oulton. Here are all the times that fans of team BT19 need to keep in their diaries for the weekend.