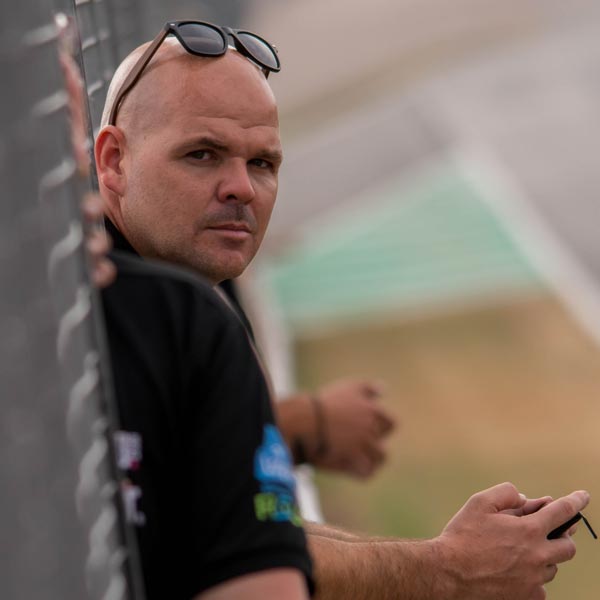 Tony Gilham is the Managing Director of Team HARD. Racing along with his wife Samantha Gilham. Team HARD. Racing was formed in 2013 and has experienced rapid growth in its 5-year history. However, that isn’t Tony’s first introduction to motorsport.

“Motorsport started for me with track days in my own car 20 years ago. My instructor told me that I should pursue a career in racing. In 1999 I raced against BTCC stars of the past Matt Jackson and James Pickford.

However, it wasn’t until 2005 that I could really get into motor racing due to budget restrictions. In 2005 I entered the ‘cheap as chips’ championship of MR2 racing, winning the championship at the first time of asking.

For 2006 we entered the VW cup which we are still in today. We won the championship in 2007 and moved to the Porsche Carrera cup in 2008-2010. 2011 was the breakthrough, securing a deal to race in the British Touring Car Championship (BTCC). We picked up podium finishes and independent wins in 2012 which is a fantastic achievement for such a new team. However, 2013 was the year that Team HARD Racing Limited was formed. This was the year that we started fielding other drivers in our cars and not just myself. We have gone from running one car in 2013 to 40 cars in 2018. A small family run team is now one of the biggest in the UK. I’m still pinching myself.”

An entrepreneur, a racer and a businessman, motorsport runs in Tony’s blood. Under both his and Sam’s leadership the team have grown to become one of the biggest teams in UK Motorsport, competing in no less then 14 championships in 2019. Game on.