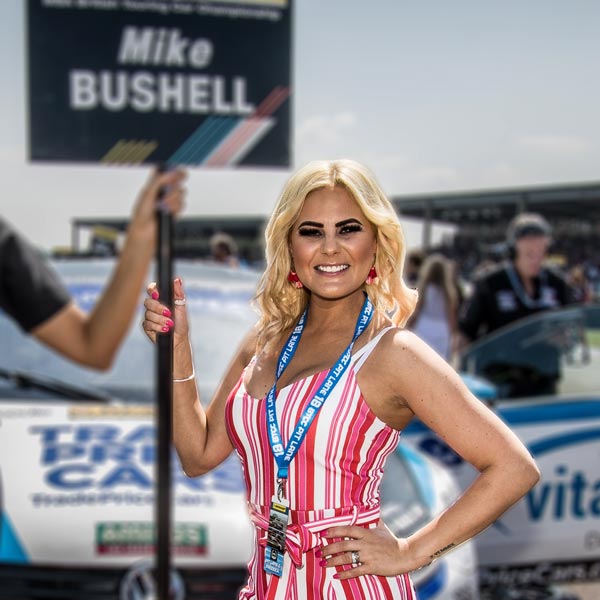 Sam’s first taste of motorsport came in 2012, heading up Italian tyre manufacture Pirelli’s promotion activity in the United Kingdom. 2013 bought Sam to the British Touring Car Championship with now rival team BMR. Sam was bought in to front both the team’s promotion and hospitality, something that would come in very useful in years to come with the team.

When Sam was asked what her most satisfying and rewarding moment as co-owner has been to date, she replied. “We were nominated for the KEIBA family business of the year award in 2018. We know how much we have grown in the past 5 years and for us, its an amazing feeling to be recognised by such a prestigious scheme. None of us could have expected this to happen so soon and I am extremely proud of everyone who has worked behind the scenes to make all this a reality.”

Four years of industry knowledge and experience with the likes of global brands Pirelli and Kawasaki provided Sam with the insight of just how important off-track activity is for a racing team. “The relationships we build with our partners and clients is imperative to building a solid foundation on which to grow the team.

The business hub and client network are getting bigger every year as more partners come on board with the team. The racing is our show that allows our business partners to network and generate business with each other. It’s very rewarding to see such high-profile businesses join our journey.”

Under both her and Tony’s leadership the team have grown to become one of the biggest teams in UK Motorsport, competing in no less than 14 championships in 2019. A team on the rise. Samantha Gilham is Managing Director and co-owner of Team HARD. Racing and the wife of fellow Director Tony. Sam became Managing Director of the team in 2015.