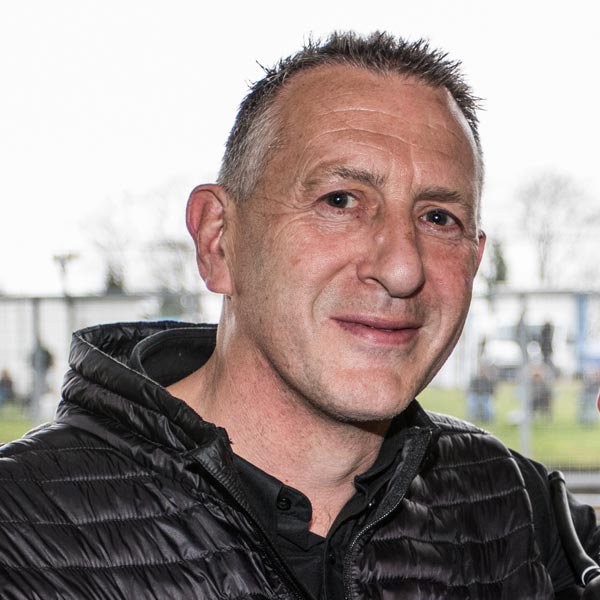 Born, Swanley, Kent
Married for over 30 years
2 children and 1 grandchild (all part of the Team Hard family)

Gary first met Tony whilst he was Chairman of local village football Club, Eynsford FC. Gary was asked to look at another local Under 17 team which Tony and current Team logistics Manager, Ray Larkby were playing for. Gary became their football coach for 3 years, before hanging up his boots. A chance reunion at another football match in 2008 saw them meet up again, where Tony asked Gary for his help with sponsorship on his next step in motorsport via the Porsche Carrera Cup. The friendship blossomed and Gary soon became Tony’s racing manager where he attended all race managers and sponsorship meetings.

After racing in the Porsche Carrera Cup, the next step forward was in the prestigious British Touring Car Championship in 2011 with Triple 888. The experience of racing for a top team, lead to the decision to run their own BTCC team in 2012, which they did after purchasing Gordon Shedden’s Honda Civic from Team Dynamics.

In 2013 the team ran 3 cars in the BTCC before the team took the decision to merge with BMR. However, the owners of BMR deemed that there was no role for Gary within their set-up, so Gary was asked to become the Team Manager for Aiden Moffat at the newly formed Laser Tools Racing team that was set up in 2014. Gary performed this role for 2 years before returning as Team Manager for Team HARD in both the BTCC and Championship winning British GT at the first attempt.

2017 and 2018 saw Gary continue his BTCC team manager’s role before taking up the company’s General Manger’s role in 2019.

Gary has been around the touring car paddock for several years now and when asked about his highlight to date it was back in 2012. “Donington Park saw us finish 4th on track in the BTCC which at the time was our highest finished to date. We were packing down the garage and were about to leave when another team boss came walking in. They informed me that their driver had been thrown out of the race due to an infringement which elevated us to P3 in the overall results.

The first overall podium of Tony’s BTCC career and what a moment it was. We also picked up the independents win that day, it was fantastic for the whole team and a moment I will never forget.”