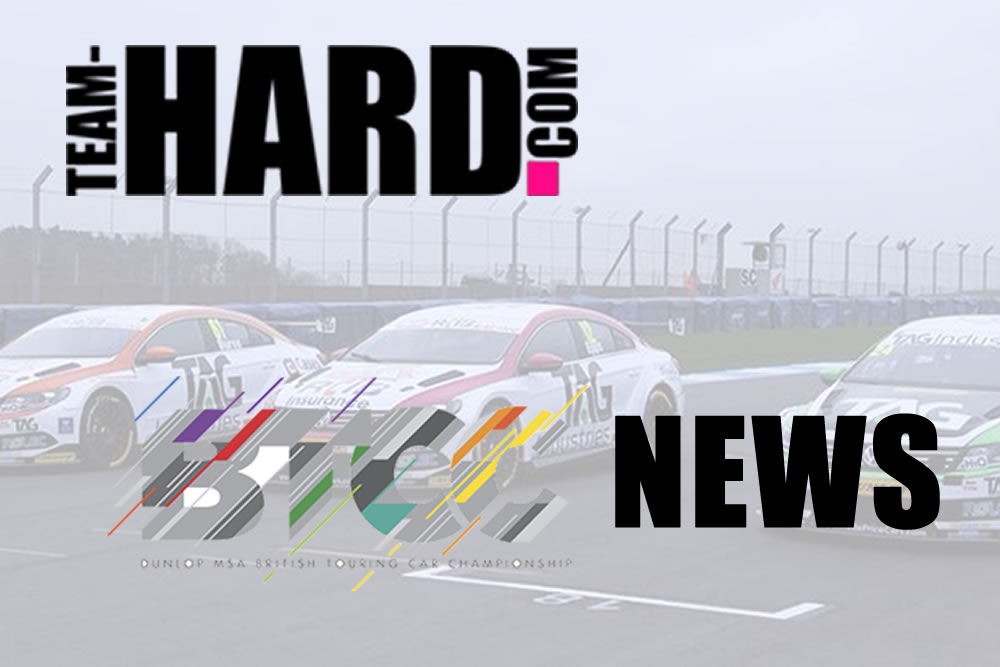 Team HARD. Racing are ready to take a ‘sizeable step’ up the Dunlop MSA British Touring Car Championship grid in 2018, after agreeing a deal with widely respected and experienced engineer Geoff Kingston.

With a wealth of knowledge and expertise in the BTCC as well as other motorsport disciplines from Formula 1 to sportscars, Team HARD. are confident that the arrival of the highly-rated Kingston will be the next step towards becoming a front-running team.

Tony Gilham said “Geoff is arguably the best engineer in the BTCC paddock and it is no secret that we have been trying to secure his services for the past three years. That said, only now do I believe that the timing is right for us to work together as we continue to work our way up the grid. We have a great friendship and that is the perfect platform on which to build a very good working relationship.”

Gilham went on to say, “We both have the same drive and determination as well as a winning mentality that has brought us together for 2018. We both believe that we will arrive at race one of the season with a package capable of rivalling any team on the grid. This is another clear statement of our intent and having had Geoff involved for just a few days so far, it is quite clear that he will take us to the next level and improve us in all areas. With the right drivers in our cars there is no reason why we are not able to challenge for race wins and we will be aiming to take the Independent Championship come the end of the season”

Those sentiments are echoed by Kingston, who aside from working for some of the biggest teams in the BTCC over the years, was instrumental in helping to drive Jaguar to the World Sportscar Championship crown and Le Mans 24 Hours glory in the late 1980s, before contributing to Benetton’s race-winning success with Michael Schumacher in Formula 1 in 1993.

“I was looking for a fresh challenge like this, and when it came up, it just seemed like the perfect fit at the right time,” he explained. “Having known Tony for a few years now and seen how they have developed as a team, I feel that together we can build on that and really create something special. The CC is a very strong car and with a few upgrades over the winter will be a force to be reckoned with once again.”

“The one thing Team HARD.  have lacked until now is a little bit of engineering experience – which is what I can bring to the table. With very little differences between these cars, the skill is in finding the limit from what’s available; that can be pretty elusive – but with the NGTC regulations as they are, it means that everybody has the same opportunity, which means it all comes down to how you use it.”

With seats still available and ongoing discussions with drivers, it will be interesting to see who Team HARD. will be signing in the coming weeks.