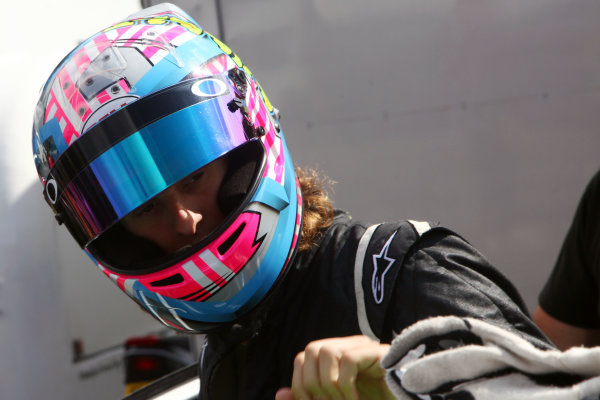 Team HARD. Racing are delighted to welcome 28 year old racer Kenan Dole back to the team as he is announced as the second Mini Challenge UK driver to race with the team in the 2021 series.

The British racing driver will join Paul Taylor for the team’s 2021 Mini Challenge UK attack which will be running alongside the Kwik Fit British Touring Car Championship for 8 of the 10 rounds.

Dole is no stranger to Team HARD. Racing having raced with the team back in 2016 in the then named Milltek Sport Volkswagen Racing Cup where he scored two pole positions and finished 3rd in the championship.

The following year, Dole entered the sister series VAG trophy UK with the team and placed 2nd in the overall championship as well as competing in the VW Racing Cup once again where he placed 7th, achieving one race win and 3 podiums throughout the season.

Dole first dipped his toes in the water of MINI racing in 2017 where he entered the Mini Challenge GB competing in two rounds of the JCW championship. In 2019, Dole competed once again and finished 14th in the overall championship standings.

Dole commented “I’m absolutely thrilled to be back racing with Team HARD. and can’t wait to get stuck in with racing the MINI’s again. I have always felt right at home here with the team and to me it’s really important to feel comfortable in the team you’re racing with.

“It definitely has helped my confidence moving forward that I’ve raced with Mini’s before. It was only in 2019 that I last raced in the Mini Challenge JCW class, so I’m quite familiar with the car and know what to expect a bit more.

“I’m really determined to make this season a special one and I want to make the team proud. After a year away from racing in 2020, I’m excited to get back to it, get stuck in and hopefully score a few podiums for the team. Bring it on!”

Rounds 1, 2 and 3 will begin this weekend at Snetterton circuit.

Team boss, Tony Gilham said “It’s great to have Kenan back with the team and to be racing In the MINI Challenge UK again. Kenan is a very talented driver with a string of impressive racing performances behind him. Placing 3rd and 2nd in championships such as the VW Cup and VAG is a massive achievement.

“The fact that Dole has competed in the MINI Challenge made him a great choice to compete in the 2021 series as he has lots of experience that he can bring to the table. He is a very capable driver and I have complete faith that he will challenge the front of the field and bring home some points for the team”.

The Mini Challenge UK will take place over 19 rounds wrapping up at Brands Hatch GP on the 24th October.