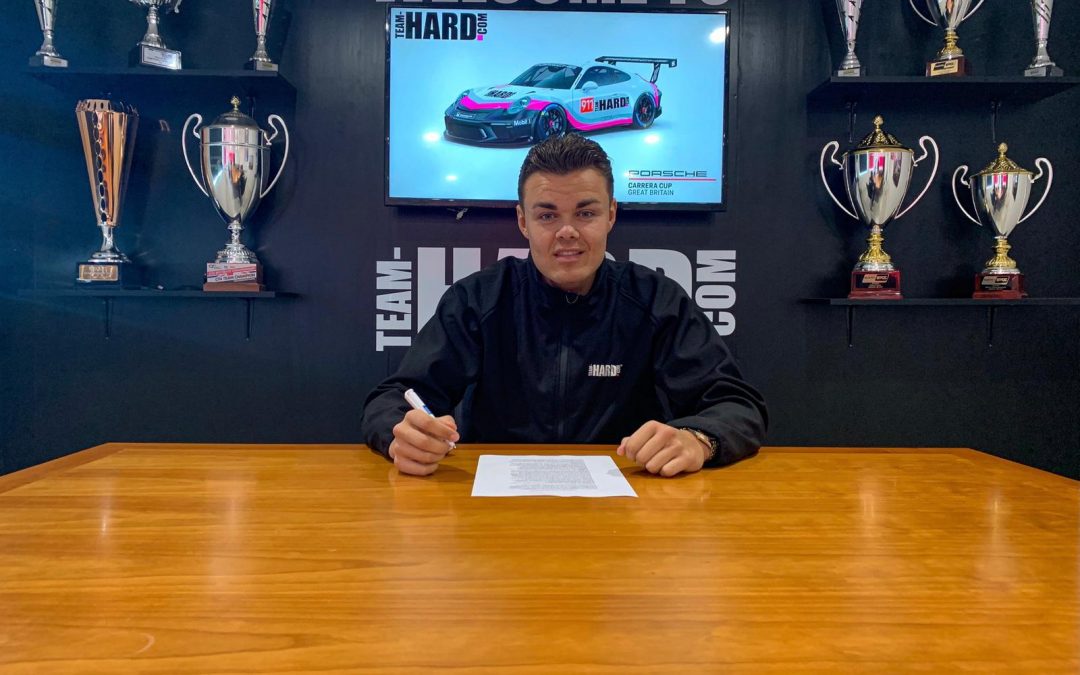 Team HARD. Racing can today announce that they will be joining the Porsche Carrera Cup GB series for 2021 with 2020 Quaife Mini Challenge champion Nathan Harrison confirmed as the first driver.

The well-established Kent Kwik Fit British Touring Car Championship (BTCC) outfit will be entering a two-car entry with the second driver signed but unannounced at this stage. Confirmed driver Harrison, will be competing for Pro-Am honours when the season commences at Snetterton on 14/15th May.

Harrison, 24 from Oxford is no stranger to the TOCA support paddock after claiming the Quaife Mini Challenge championship last term taking the championship by 32 points thanks to three wins and three further visits to the podium.

Despite a lack of experience in rear-wheel drive machinery Harrison is upbeat about his debut Porsche Carrera Cup GB campaign. “I am so excited to start this new journey in my career with Team HARD. and starting a long term relationship. After winning the 2020 Quaife Mini Challenge championship I set my targets of stepping up into the BTCC but after struggling to raise the budget I started to open my options to other championships and Porsche was one that was top of my list. The timing all came together well with Team HARD. wanting to get back into the Porsche Carrera Cup GB grid again and me wanting to race in this championship so me and Tony had a chat and came up with a plan and within the space of a few weeks the deal was done.

It’s going to be a challenge having never driven a rear wheel drive race car before but I’m so up for the challenge and I can’t wait to get started with all of the guys and girls at the team. All I can say is a massive thank to Team HARD. in giving me this opportunity and to all of my partners for staying on board through these difficult times.”

Whilst the team will be making their debut in the series in 2021 they are no stranger to the championship as Managing Director and former racing driver Tony Gilham competed in the series in 2008, 2009 and 2010 finishing runner up in the Pro-Am category in his debut season.

He commented, “I’m delighted to be back in the Porsche Carrera Cup GB, it’s a great series and one that’s been on our radar for some time now. Everything has come together for this year and I’m really excited by our driver line-up. Nathan is a BRDC rising star and a champion across multiple categories in the UK. He was the perfect candidate to spearhead our attack on this year’s championship and the whole team are looking forward to working with him this season.

For me, the Porsche Carrera Cup has always had a special place in my heart after the three years I spent in the championship. Mixing it with guys like Tim (Harvey), Michael (Meadows) and Stephen (Jelly) shows just how strong the championship is with many of it’s competitors moving into the BTCC including our very own Glynn Geddie who will be competing in our new Cupra Leon for the 2021 BTCC season.”

The Porsche Carrera Cup GB has run alongside the Kwik Fit British Touring Car Championship on it’s TOCA support package since the championships inception in 2003 and has benefited from live TV coverage ever since with viewing figures reaching a cumulative total of 15.8 million viewers during the 2020 season. 2021 sees the series continue to support the Kwik Fit British Touring Car Championship at eight of it’s ten events meaning that all Porsche Carrera Cup races will be shown on ITV4 this season.

Team HARD. Racing will announce it’s second driver over the coming weeks as it looks to start its testing programme ahead of the season opener in May. 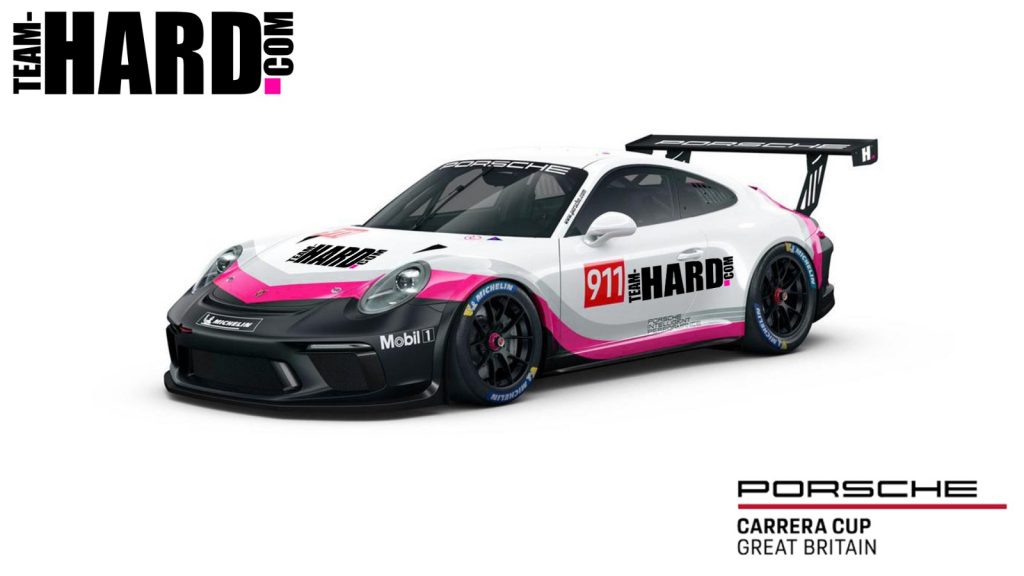