Team HARD. Racing go to Infiniti and beyond 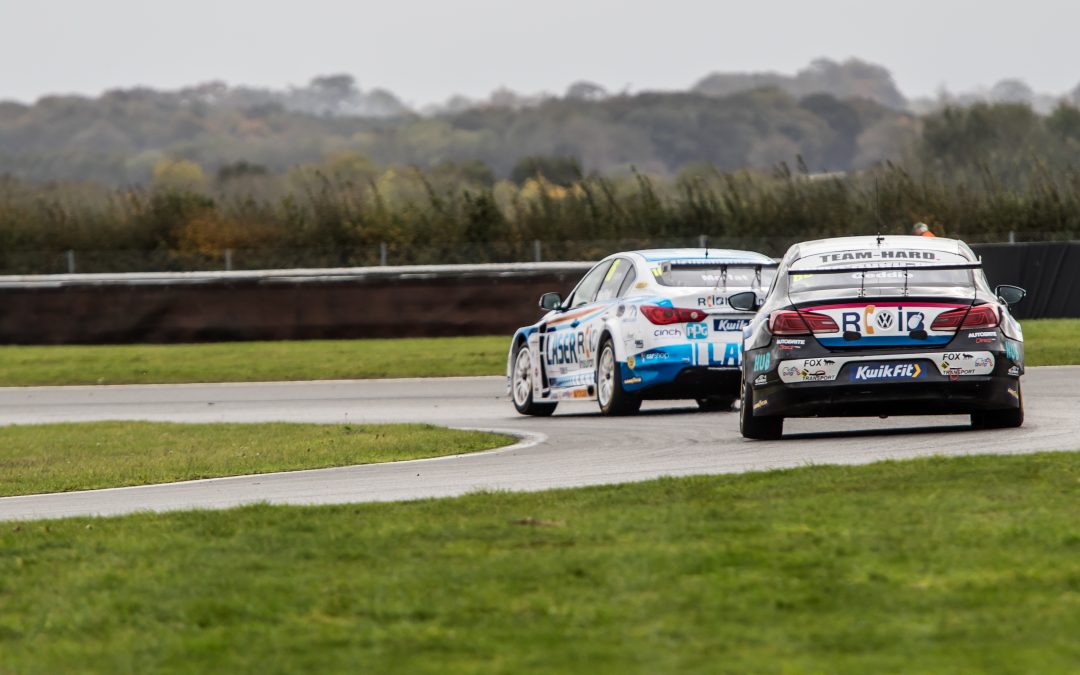 Reigning champion Ash Sutton will be joined by Aiden Moffat and Carl Boardley in a three-pronged Infiniti attack for the 2021 season. Laser Tools Racing are building and running a third Infiniti, which Carl Boardley will drive.

This is a result of a new collaboration with Team HARD Racing, who are very proud to announce a deal which will see the creation of the ultimate BTCC team and one which will have a huge presence in the Kwik-Fit British Touring Car Championship paddock. The deal will see Team HARD acquiring the championship winning Infinitis of BMR Engineering and Aiden Moffat Racing and working together under the Laser Tools Racing umbrella. Laser Tools Racing and Team Hard will together bring a host of added dimensions and form a very special collective outfit. Both teams will utilise some of each other’s resources to assist each other on and off track. Laser Tools Racing will operate very much the same way it has in previous years while looking to take the corporate side of the operation to a whole new level.

Another development will see Carl Boardley switch to a Laser Tools Racing Infiniti from the BMW 1 series for 2021 and continue from where he left off, remaining in rear-wheel-drive. Carl came very close to Jack Sears’ honours last year and had several strong outings and feels that the natural progression can be made in the winning car from this year.

Tony Gilham said, “Ash and Aiden are a formidable pairing and so to be able to keep these guys together is vital to the commercial side of the operation and following the successes of 2020, it is a very solid platform on which to build on.

“Both these guys are amazing young talents and a big part of the future of the BTCC. So to have them working with us is a very proud moment for us. This is an essential part of the package as we at Team HARD aspire to keep developing and improving as a team and there is no better way to learn than working with the best in the business. Working alongside the guys from Laser Tools Racing will help us move closer to our end goal and with the addition of many new faces to our side of the line-up, we feel we are in the best shape possible to compete at the front as soon as the new season starts.

“Ash Sutton was the star of the show last year and produced some memorable displays of both outright pace and amazing race craft. Some of the moves he made were nothing short of world class — to come away with the overall title was nothing less than he deserved and even more impressive that he delivered the championship in a brand-new car.”

Ash commented: “2020 was a year to remember, a new car, a new team and three championships at the end of it. Breaking up that championship winning package wouldn’t have been a wise move, so to be flying the flag for Laser Tools Racing again in 2021 is absolutely mega! To continue working alongside Aiden again for next year means we can pick-up where we left off, but with the added bonus of getting stuck into a testing programme over the winter.

It’s great to have the addition of Carl Boardley and Team Hard with us for the up and coming season. To have a third Infiniti on the grid will benefit in many ways, speeding up the development with the car, conditions and direction of setup changes throughout a weekend.
My personal goal for next year is no different to the goal the crew and I set out for last season and that was to win but this time we have the added bonus of already having raced at each track, which means we will be more prepared coming into each weekend and able to attack with a clearer direction of what we want.”​

Tony continued, “A long term friendship and working relationship with Laser Tools Racing team Principal Bob Moffat has developed over the last few years and the time is now right to build something very special together as we head towards the new hybrid era. We have often talked about how we could team up and now we have taken the step to do just that.

Laser Tools Racing Team Principal Bob Moffat is equally enthusiastic: “Having worked commercially with both BMR and Tony Gilham at Team Hard for a number of years, and with our team’s amazing success in 2020, I feel that now is the time to elevate Laser Tools Racing to another level. With Tony Gilham’s experience and energy, and Team Hard’s reputation for providing first class corporate hospitality, track day experiences and motorsport corporate entertainment we are now in a very good position to offer both team sponsors and fans a world class experience in Britain’s most prestigious motor sport series.”

Aiden Moffat, a proven race winner in the BTCC, continued to build on his experience and developed once again as a driver throughout the season. He has shown that he can adapt to rear-wheel-drive machinery very well, in 2020 the results and pace improved as the year went on, so we are very much looking forward to 2021.

Aiden said: “2020 was certainly a year to remember! Ash delivered the championship for the team and I really started getting the feel of the car in the latter rounds, developing more confidence with every race. I’m looking forward to continuing improvements through 2021 and working with our new team.”

Car Boardley is certainly looking forward to getting behind the wheel of the Laser Tools Racing Infiniti. Carl had this to say: “For me, to continue in the championship required a clear vision and a path in which to enable me to challenge with the front runners, especially after a somewhat frustrating season in the 1 series. With time and weather constraints limiting the testing pre-season and then the enforced COVID sabbatical, 2020 for us was almost ‘testing’ at the race weekends. Getting my hands on an Infiniti Q50 at this early stage provides us with a solid platform to prepare everything off track so we can hit the ground running when it all kicks off.”

As Laser Tools Racing field the new three-car Infiniti entry, Team Hard are building and running four new Cupras — the collaboration will see a host of new staffing added to the existing pool of knowledge from both teams.

2021 will be a very important year following one of the most challenging in BTCC history with the effects of COVID-19 and so it is vital to have a strong package both on and off track, and this will be achieved with this new collaboration with Team Hard and Laser Tools Racing.