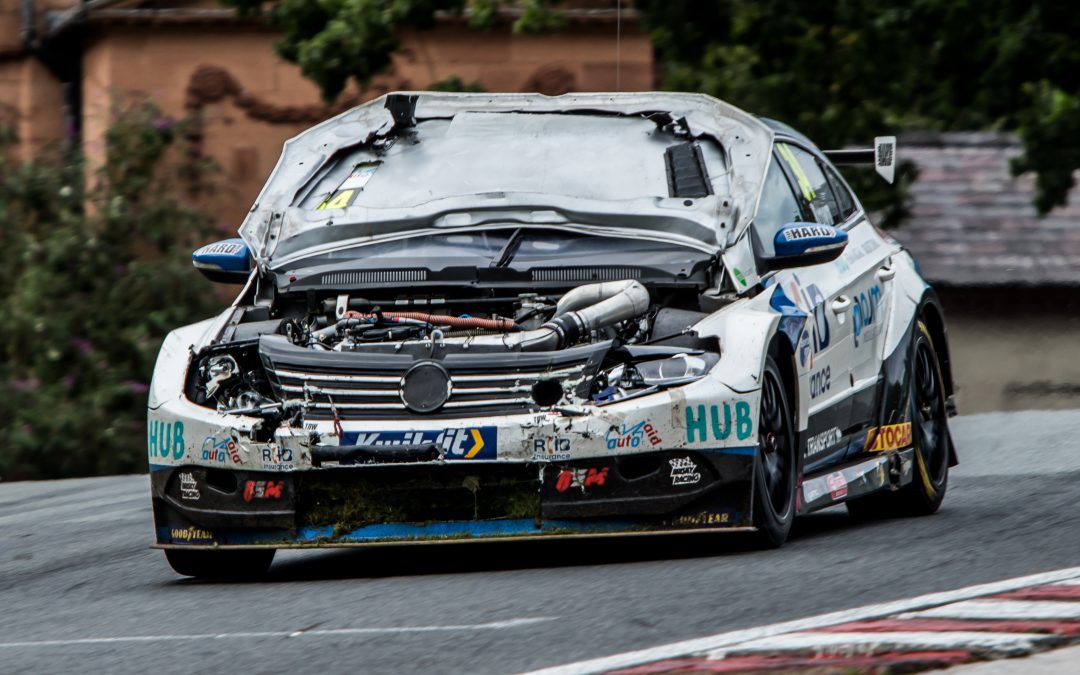 It is with regret that Team HARD. Racing have been forced to withdraw both Volkswagen CC’s from this weekend Kwik Fit British Touring Car Championship rounds at Knockhill after both were involved in last weekend’s incident during race 3 at Oulton Park.

Ollie (Brown) has been forced to withdraw on medical grounds after sustaining a hairline fracture of the rib during the incident with Nicolas (Hamilton) and Stephen (Jelly) on lap 10 at Druids.

Nicolas’s (Hamilton) car sustained substantial chassis damage in the incident and with the nature of the condensed 2020 season is unable to be fixed in such a short turnaround between events.

Ollie Brown commented: “Wow I’ve certainly come into the BTCC with a bang. After a strong weekend at Brands Hatch I was determined to keep up the momentum during this next series of double headers.

“The incident itself was completely unavoidable. The tight and narrow nature of Oulton Park leaves a driver with nowhere to go when another car spins across the track. With the grass being soaked from all of the rain it made it even more tricky to avoid Nic and the BMW of Stephen.

“I’m gutted to be on the side-lines for this weekend at Knockhill as I’ve never been to the circuit before and was really looking forward to the challenge. Unfortunately, on doctors’ advice I will be sitting out this weekend with a hairline fracture of the rib and some bad bruising.

“It would have been touch and go without this injury due to the damage sustained to the car, but I have full faith that the boys would have got my car ready for this weekend. I can only thank them for all of their hard work so far this season.

“I look forward to returning to the grid soon but for now it’s a case of resting my body and researching to ensure I come back stronger for the rest of the season.

Nicolas Hamilton said: “Unfortunately it was a case of the wrong place at the wrong time as I tried everything to avoid the spinning BMW of Stephen, once I got onto the wet grass and hit by Ollie I was powerless to stop the car heading to the inside barrier. The crash was completely unavoidable on a narrow track and on the fastest part of the track. It was a massive shunt, but I am well, and healthy and I’m not suffering from any addition aches and pains then what I usually suffer with my condition.

“Team HARD. have built a sturdy car under the TOCA regulations so it’s a testament to both parties that myself, Ollie and Stephen escaped relatively unscathed in an incident that happened on a 120mph section of the track.

“The car has substantial chassis damage and therefore needs to be sent away for repairs which is why the guys and girls at Team HARD. will be unable to get my car ready for Knockhill this weekend. I’ll be back at Thruxton ready to push for more BTCC points.”

Tony Gilham, managing director of the team said: “I’m devastated to have to withdraw both the #28 and #34 car for this weekend’s round at Knockhill especially off the back of strong results for both Ollie and Nic at Brands Hatch.

“I wish Ollie a speedy recovery from his injuries, it’s never nice to be hurt behind the wheel of a race car and in this instance, it was nobody’s fault and simply one of those racing incidents. The medical team at Oulton did a fantastic job in realising that Ollie needed to go to the local hospital in Leighton for x-rays.

“Nic was on a great run before the events at Druids unfolded as was incredibly unlucky to get collected by Stephen who was coming across the track. The car has substantial damage, but we are just glad that Nic is okay as that could have caused very serious injuries. We hope to have the pair back out for the next round at Thruxton but for now we must focus on both Jack and Carl who will be giving it their all at Knockhill this weekend.” 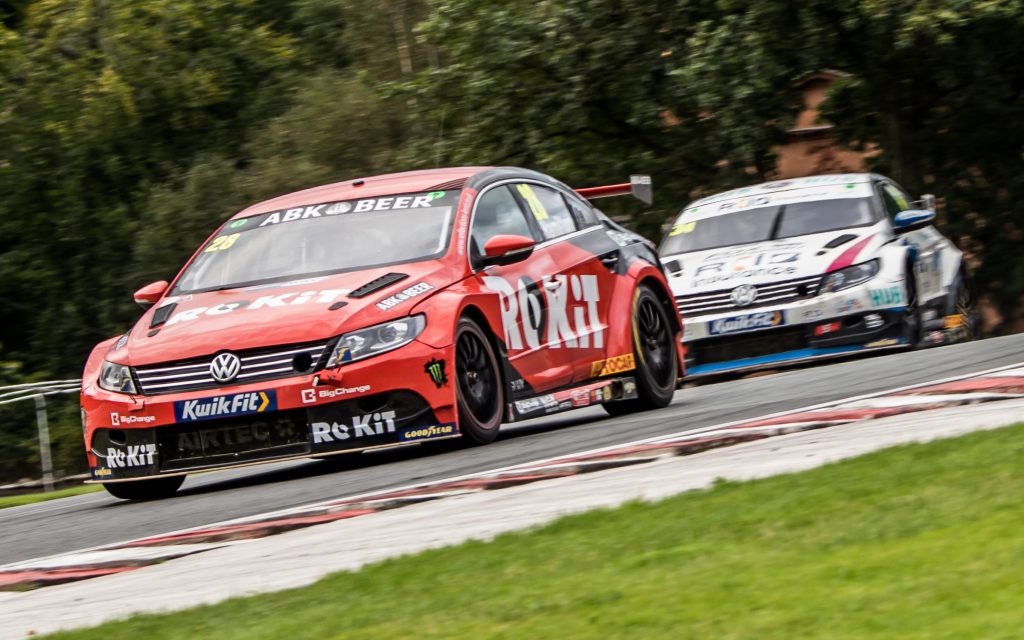