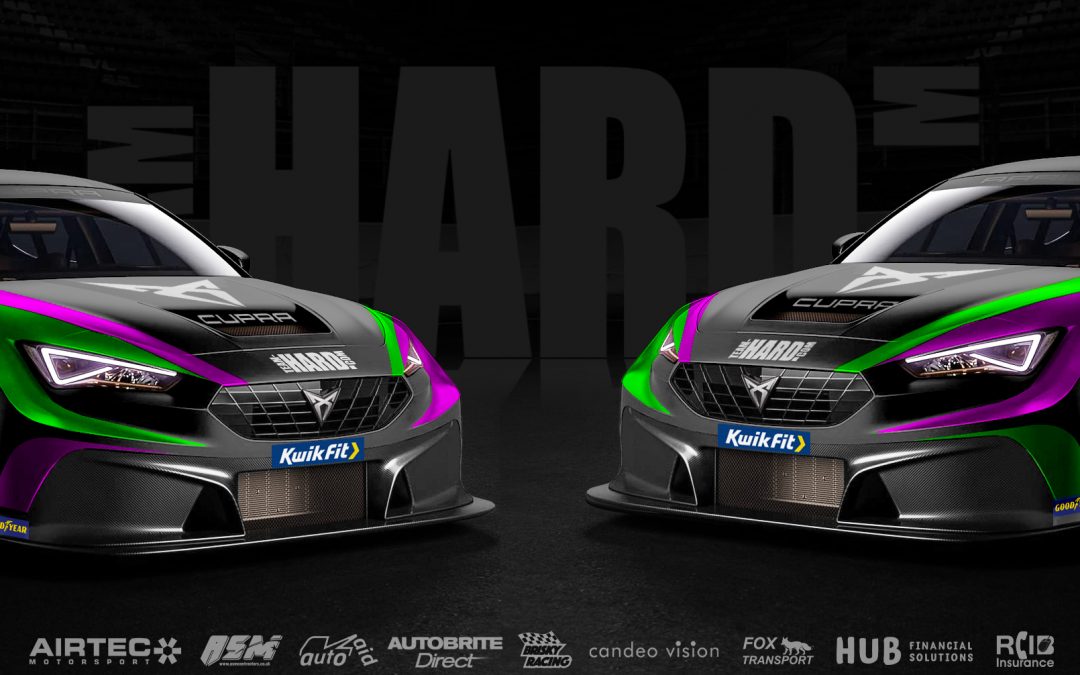 Team HARD. Racing will bring the Cupra name to Britain’s premier motor racing series for the first time in 2021, with the squad confirming it will be building a minimum of two brand new Cupra Leons to attack next season’s Independents’ Kwik Fit British Touring Car Championship (BTCC) crown.

The Kent-based outfit has made no secret of its desire to develop new machinery to replace the ageing Volkswagen CC, which has been in the championship since it debuted with the team in 2013. The team has used the recent COVID-19 lockdown period to assess various car models from a range of manufacturers, before committing on the new Cupra Leon which is due to hit the market later this year.

Team HARD. Racing are no strangers to developing new cars having been responsible for the Volkswagen CCs, which have taken 14 race victories, one Teams’ championship and one Independents’ crown in its eight-year participation in the championship.

The design process is already underway for the Cupra Leon and with hybrid technology being introduced to the BTCC in 2022, Team HARD. Racing has been in communication with Cosworth Electronics in order to ensure that the design on the new BTCC spec Cupra Leon is future-proof and capable of making the most of the new technology.

At the helm of the new project will be Team HARD. Racing Managing Director, Tony Gilham, former BTCC race driver who has been instrumental in the careers of no less than ten of the current crop of BTCC stars competing in the 2020 season.

Tony Gilham, Managing Director, Team HARD, said: “We are delighted to be bringing in a new marque to the BTCC. The Volkswagen CC has enjoyed a great deal of success over its life, but it’s time for change as we look to the new hybrid era of touring cars. We have done a lot of research and we believe that the dimensions and overall shape of the Cupra Leon will work perfectly with the current NGTC regulations that are in the BTCC. A lot of hard work and countless hours lie ahead, but we are confident that we can turn this new car into a competitive beast that will be mixing it at the front from the get-go next season.”

Jack Goff, Multiple BTCC Race Winner, said: “We had a really good winter programme with the CC and that’s reflected in the race pace which has been good all season. Unfortunately, we’ve been lacking in qualifying, we need something more and the Volkswagen CC’s capabilities have reached its peak. The CC is coming to the end of its life after the 2021 season so we have decided to move to a new car a year earlier to develop and get to grips with a new chassis before the all important introduction of the hybrid system in 2022. It’s going to be a busy winter, but for now I’m fully focused on giving the CC the best send-off I can!”

Alan Gow, BTCC Chief Executive, said: “It’s always fantastic to see more new cars join the BTCC, this time with Team HARD. Racing. We set out the NGTC regulations to allow for great diversity and having the Cupra Leon on the grid is further proof of the strength of those regulations.

“This new project from Team HARD. Racing should help this popular team advance up the grid in 2021. It’s no secret that the Volkswagen CC’s are one of the oldest on the grid but credit to Tony and his team for sticking with them and keeping the cars as competitive as possible.

“I look forward to seeing the step forward Team HARD. Racing can make with completely new cars from next season.”