TD34 is back for title assault with Team HARD. 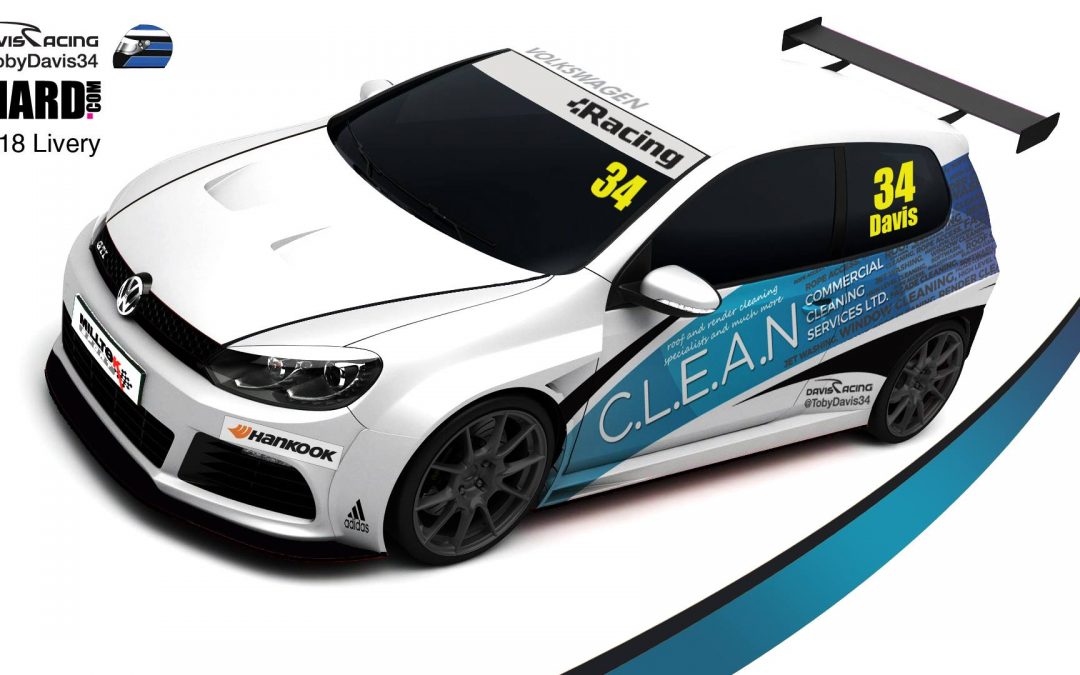 We are very pleased to announce that Toby Davis and the #34 race number will be seen for another year in the VW Racing Cup with Team HARD. Racing. Toby began his journey with the team in 2013 when he was a finalist in our first ever scholarship programme. Toby went on to win the scholarship in 2016 and won on his debut at Rockingham which was also his first ever car race. An amazing achievement and one that shows his natural ability as a racing driver.

Toby said “I’m very excited about 2018. Bringing a new partner on board is fantastic and C.L.E.A.N CCS are a great company with a wide range of commercial cleaning services. The team and I are looking forward to working with them on many different levels and to have a large part of the budget in place is a fantastic position to start the season with.”

Tony added, “Toby has been an integral part of the team for the last two years since winning our scholarship in 2016. He has become an important team member both on and off track and we are so happy to be able to help put a championship assault together for 2018. Toby has all the ingredients to be a championship contender having set his stall out with a race win on his racing debut in 2016. It is great that we can continue our relationship knowing that we can hit the ground running from race one of the year.”

Toby continued “On a personal level, I had a tough 2017 season, so I’m looking to bounce back and show the pace and competitiveness that I know is in myself and in the car. The team have supported me a lot since I won their scholarship in 2016 so I have to thank them for helping me to get to this stage.”