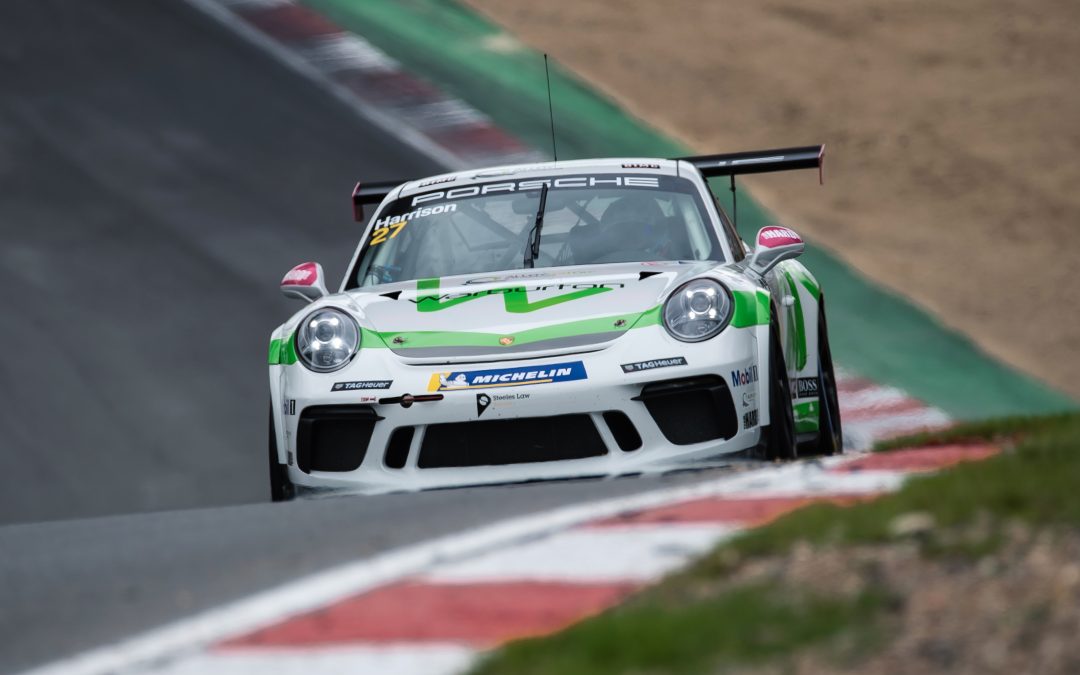 Find out how our support categories performed this weekend at Brands Hatch in the MINI Challenge UK, Millers Oils Ginetta GT4 Supercup and Porsche Carrera Cup.

Kenan Dole: “That was a much better weekend from the last round where we suffered two DNF’s. Too actually finish all 3 races was much better and to be in the top 10 of all 3 races is exactly what I was aiming for. Now that’s out of the way and done, we can move on and push for podiums which is what I did in the last race. I wanted the full podium spot, I pushed for it but unfortunately it didn’t work out this time, but there is plenty more rounds to go and we will be pushing for podiums again and again. This time around it was better racing and much more fun, and that’s what it’s all about.” 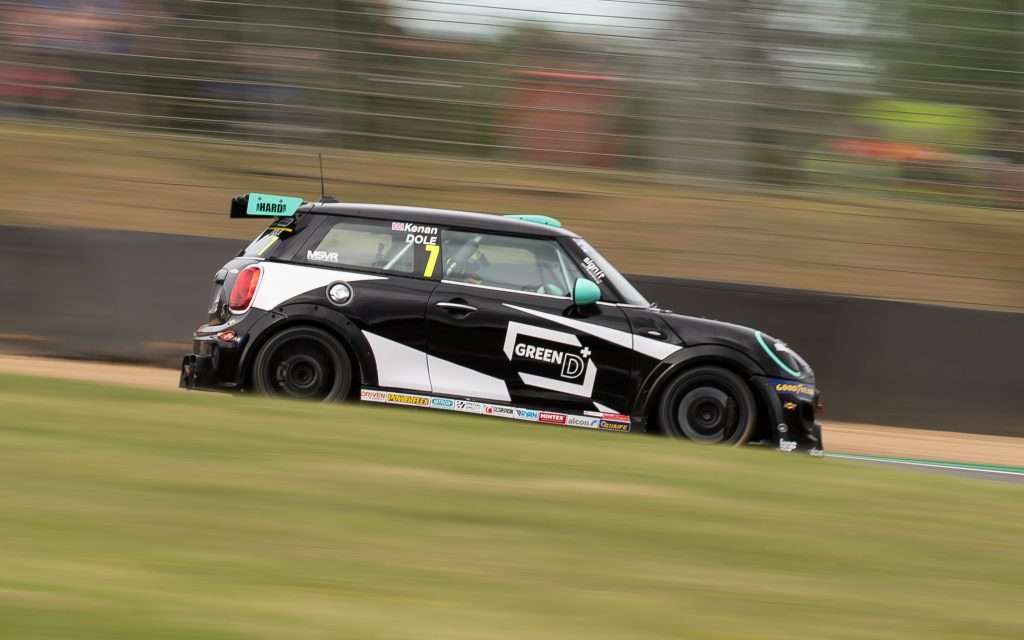 Seb Melrose: “Race 3 was a very fun race and I was having to fight my way back through the pack after a rotten start had me drop me 4 places. The car was incredibly well balanced and had pace that was quick enough for the front. The pack in front of me pulled a gap because of the battle I had which was a shame as a couple more laps and I would have been on them. The team were great and I can’t wait for Oulton park. The results are coming” 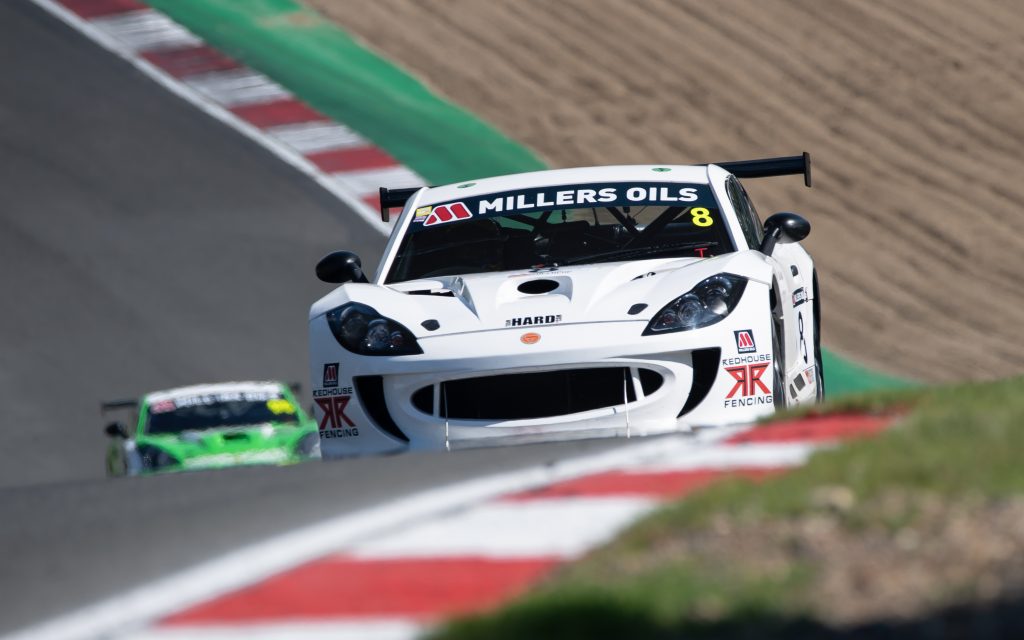 Joe Marshall: “The car felt mega this weekend and the only thing holding me back was traffic on the track. It played a huge part in having to attack and defend which didn’t help my race but the boys at Team HARD. did a great job as always.” 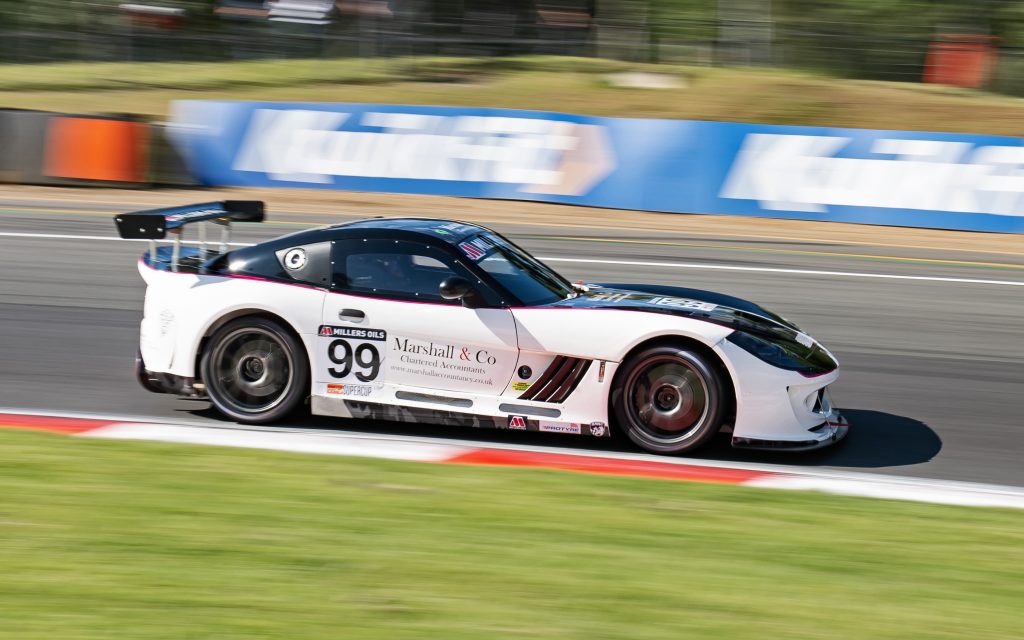 Nathan Harrison: “Brands Indy for me has always been a bit of a bogey track for what reason I don’t know but we’ve always had some good results there over the years in MINI’s. We qualified P4 in class and to be honest I made a mistake and judged the timings completely wrong. I went out a bit sooner than I should have done and when my new tyres were at their prime was when everyone else started coming out of the pits which meant I didn’t get the clean lap that I needed to make my way up the grid. However, we live and learn from our mistakes.

“In race 1 we were really struggling with the car. I was suffering with a bit of over steer and just lacking confidence in the car, and we finished P4 in the Pro AM class. For Race 2 we had a mega start, gained a couple of positions and were P3 in Pro AM class for the majority of the race until around 6 minutes to the end when another competitor pushed us wide on the last corner and I lost position. I couldn’t gain it back after that.

“The weekend resulted in P4 in both races which isn’t horrendous and gave me some good points for the championship. It’s a long year so the main thing is that we finished and scored points in both races and for myself, I learnt what I’ve got to do next time out in qualifying and know not to make that same mistake again. I also improved on both my starts which shows to me that we are getting faster and learning mire every time we get in the car. All round it was a good weekend with the team and it was nice to have my sponsor, James Warburton there too.” 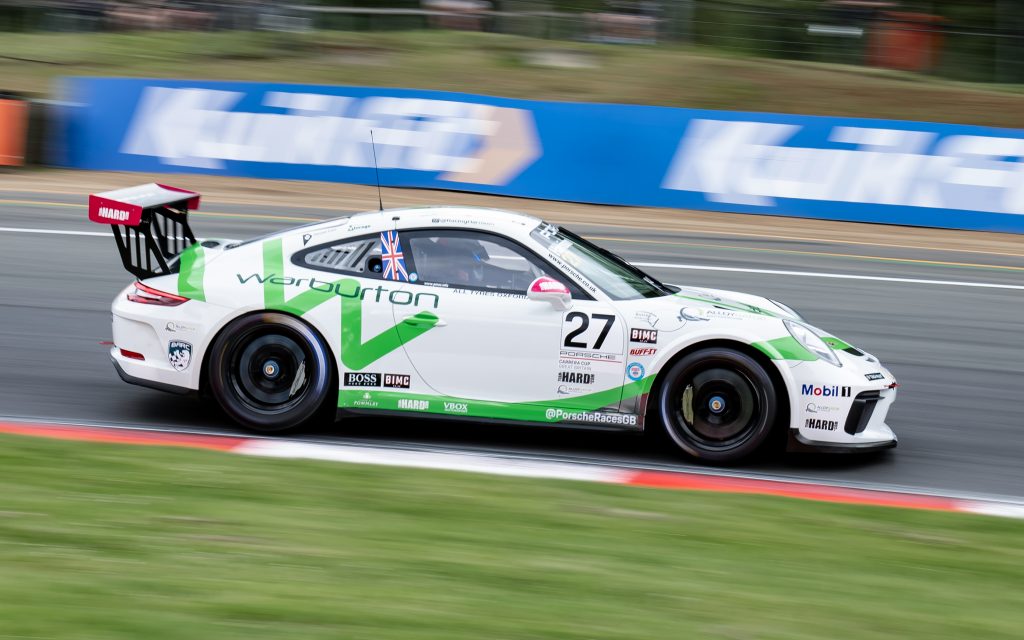 Josh Stanton: “It was a brilliant weekend for us! A double podium with two P3 finishes! We found good pace and developed the car nicely! Of course we have points to work on, but I’m definitely happy with our progress! Huge thanks to everyone at Team HARD. and to Evolution, Grayson Pace and Puffin Solution for their ongoing support! I can’t wait for Oulton now!” 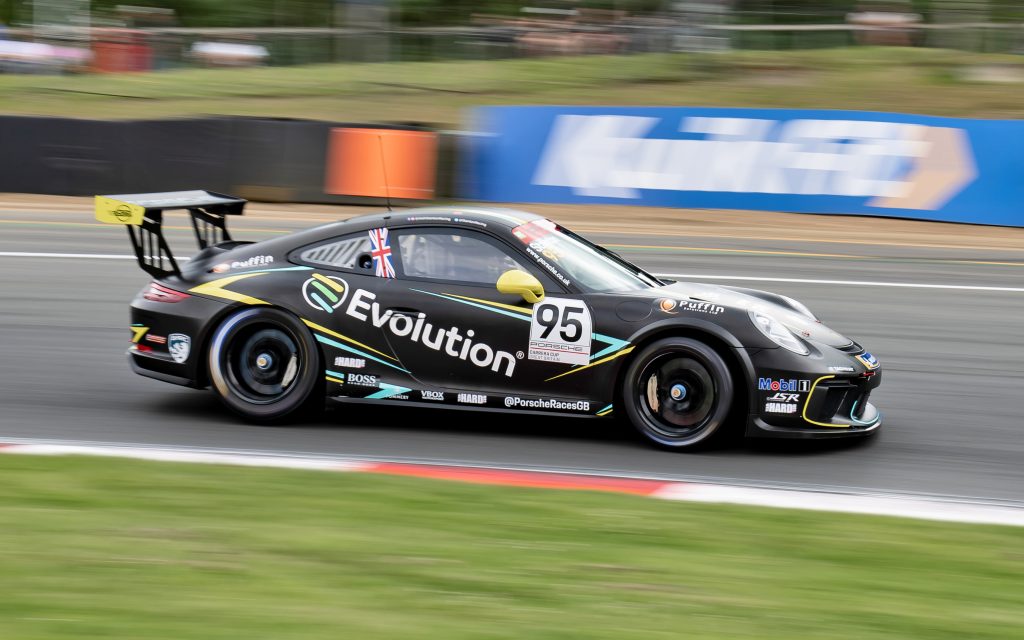