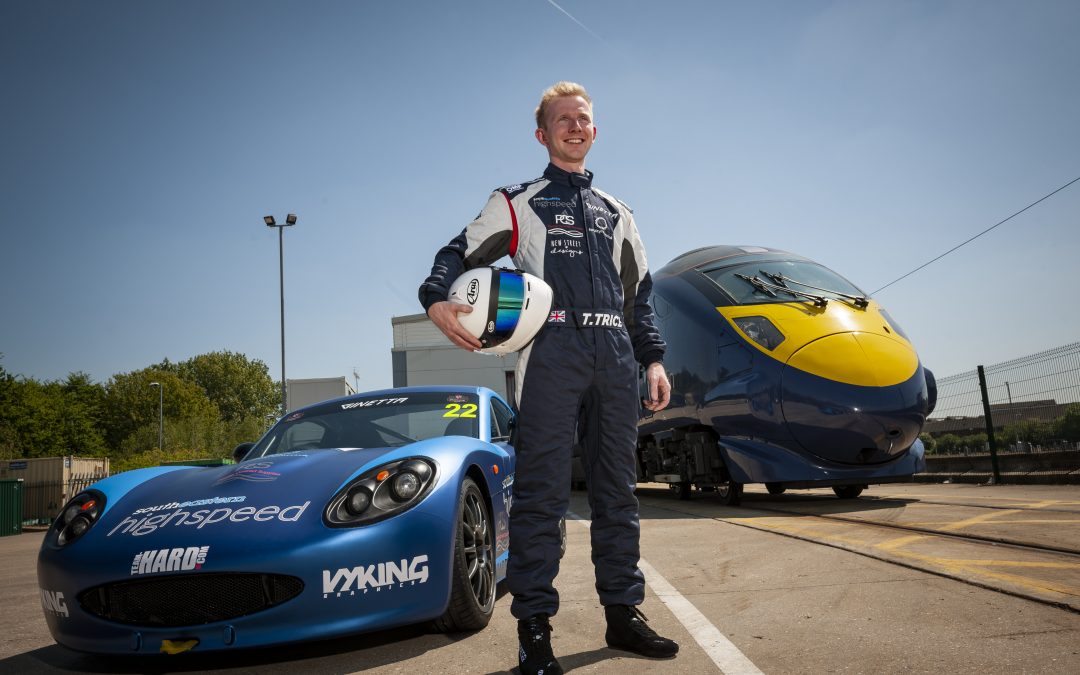 Deal based racing driver, Toby Trice, will be making his motorsport debut this weekend (May 18th) at the Ginetta Racing Drivers Club (GRDC) in Snetterton Park, Norfolk.

The 28-year-old will be realising a dream as he lines up on the grid for his debut season with leading British Touring Car Championship squad, Team HARD. The eight race competition will see Toby transition from a novice racer to a qualified competitor vying for automatic qualification into next year’s G40 Cup Championship, achieved by winning the GRDC series.

Having worked as a high-speed train driver at Southeastern for the last 5 years, the train company will be sponsoring Toby’s races, which he will undertake in a car designed specially to replicate the 140 mph trains he drives on a daily basis.

Toby’s introduction to motorsport began when he started go-karting only 3 years ago as a coping mechanism for the stress caused by a number of failed fertility treatments that he and his fiancé experienced. As a result, Toby and his sponsors will be raising money and awareness for Fertility Network UK, a charity that provides support for couples that have been affected by infertility.

Since then, Toby has gone on to set a number of records and win “Driver’s Driver of the Year” at his local club at Buckmore Park, before being spotted by Team HARD as a rising star on the scene.

Toby said “I’ve always loved life in the fast-lane, so to be racing in the Ginetta championship is an absolute dream. Given I regularly reach speeds of 140 mph from the train driver’s seat, 125 mph behind the wheel should be a breeze. I would like to thank my employers and colleagues at Southeastern for sponsoring this adventure and being so supportive.”

David Statham, Managing Director at Southeastern said, “We are so proud of Toby’s achievements and delighted to be sponsoring such a worthy cause. Toby has already proven to be one of Britain’s fastest train drivers; we now look forward to seeing him achieve the same dizzying speeds on the race track. Good luck Toby!”

This year marks the 10th anniversary of Southeastern’s high-speed service. Travelling at speeds of up to 140mph, the line has significantly cut journey times for thousands of people travelling to the capital and across the South East and has helped bring in millions of pounds in investment to the local economy. For example, travel times from Ashford International to St Pancras International take just 38 minutes compared to Ashford International to central London on a standard train service, which takes around 80 minutes.