Sam right out of the blocks with GT win 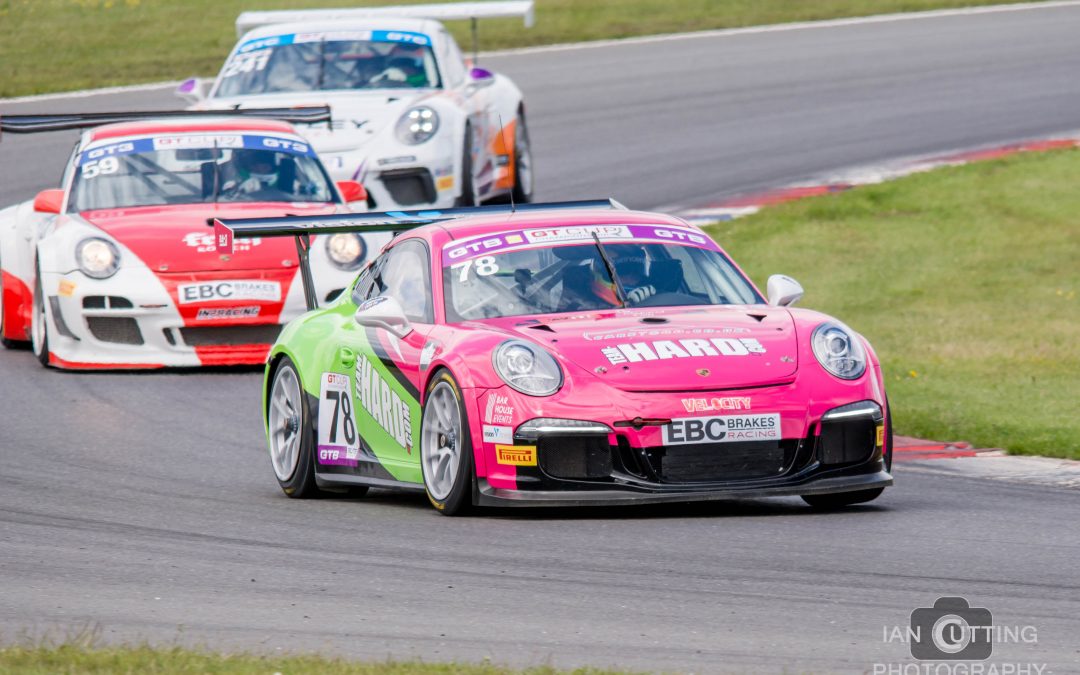 Sam Randon stepped straight into a 175mph Porsche he had not driven before and delivered class wins for Team Hard when the GT Cup season made belated start at Snetterton last week.

The Ashbourne driver teamed with newcomer Ben Clayden to pilot the distinctive pink and green 911, which generates 460bhp and, with its engine mounted in the rear, a vehicle which offers different challenges to a driver. Drivers must adapt their style to manage the weight distribution and balance of the car throughout a lap.

GT Cup is a national format based on International GT racing, most famously Le Mans. It is an endurance format with two drivers swapping at the halfway mark. Multiple classes of cars with difference power and speed all race together with race-within-a- race classes all fighting for their own honours.

The GT Cup format gives each driver an individual sprint race too. Partnering with Clayden, Randon is now seen as the experienced head and part of his role this season is to coach and support Clayden’s driving to help him get faster.

Randon took to the car almost immediately on the very technical and very long Snetterton 300 lap. It rewards the experienced driver. Early in qualifying, Randon set a time three seconds quicker than his nearest rival in class and was mixing it with the faster GTC class, reaching P5 on the grid for his sprint race and the afternoon’s endurance race.
In the sprint race, Randon led from lights to flag, racing instead with the faster GTC and GT3 class cars and finishing with a class win and a superb fourth place overall. The Sunday endurance race in the afternoon saw Randon taking the rolling start, from Clayden’s qualifying slot of P11.

But Randon charged out of the blocks and was up to fourth place by the end of the first lap. He then battled another Porsche in the GTC class, eventually winning the encounter with a bold, controlled manoeuvre around the outside at Palmer corner.

He built up a 40-second lead over the second car in class before a safety car incident compressed the field, wiping out any advantage they had. Randon was even leading the race for a short spell before dropping back.

“We had a fuel pump issue raise its head just as I was coming in to hand over to Ben,” said Randon.

“It’s a great pairing and the coaching aspect adds a new element to my role in the team.”

In his first GT Cup weekend, rookie Clayden battled the fuel issue throughout his stint still putting in impressive lap times to keep the competition behind him.

“It’s a great pairing and the coaching aspect adds a new element to my role in the team.”

“The car was just mega. It’s a heavier car than the Ginetta I am used to but with much more power. But it is so sorted and balanced it is just a pleasure to drive. I’m hooked!”

Team Hard boss Tony Gilham said: “Sam continues to excel in everything we put him in. A really mature drive.”

“It was important to get back on track this weekend and support the recovery of our sport. The organisers did a great job keeping us all safe. When I was in the car, it felt like life was back to normal.”

With Randon and Clayden leading the class and the overall championship, the GT Cup moves onto Silverstone in August while the team – officially known as Team Hard with 24-7 Motorsport – work hard to build up a budget for the rest of the season.

“We’d love to speak to any local companies looking to perhaps reward their employees with a day at the races.” added Randon. 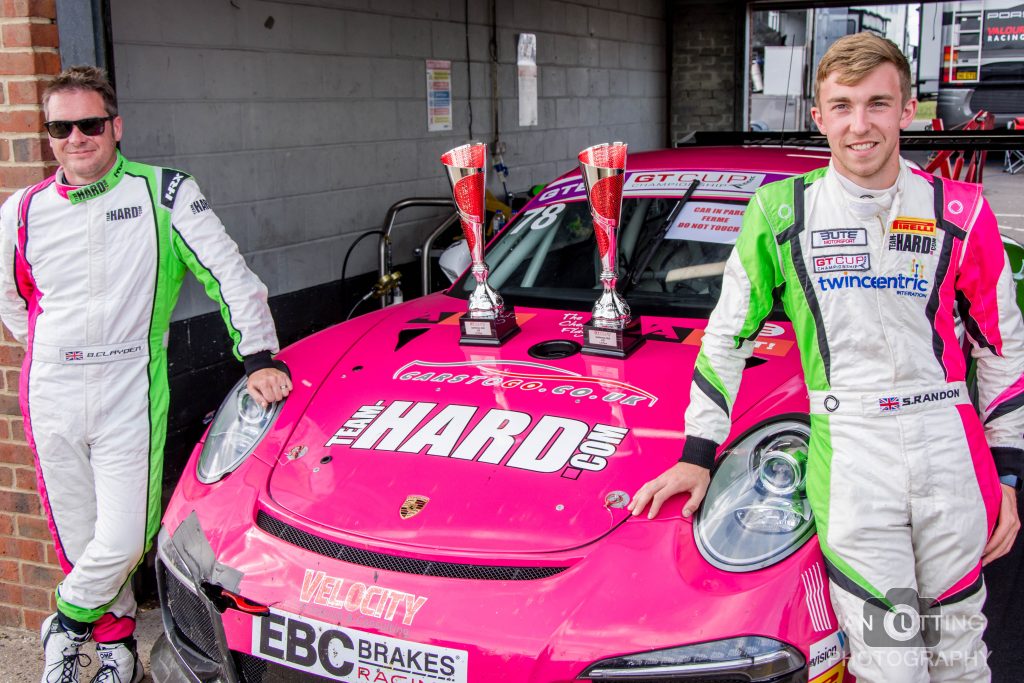