Rudd and Randon to Challenge for GT Cup Title in 2019 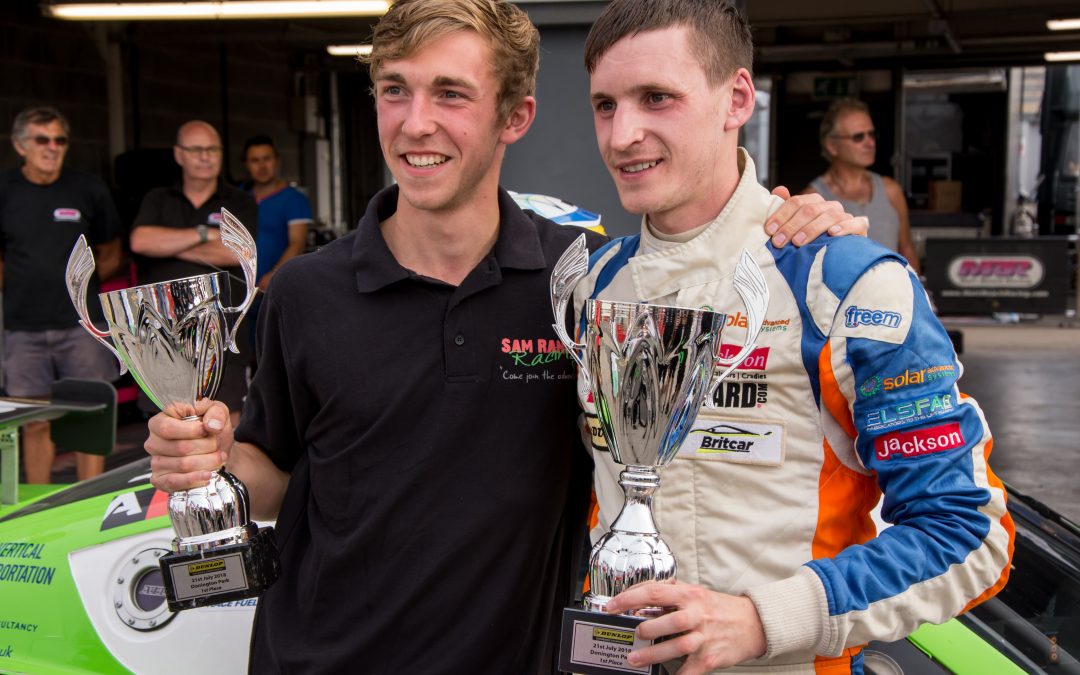 Today we can confirm that Simon Rudd and Sam Randon will be competing in the 2019 GT Cup championship driving the teams Ginetta G55. The pair have raced together previously when Randon stepped in to cover Rudd’s team-mate Tom Barley for one round of the Britcar Endurance championship in 2018. Together they won the Donington endurance round outright – a first for Team HARD.

Rudd, who won the GT4 class of the Britcar Endurance series in 2018 is the longest standing driver in the Team HARD. Racing ranks. Rudd has been with the team since the start and will be entering his 6th year in 2019.

“Being the longest standing driver of Team Hard. Racing is something that I am very proud of. We went to meet Tony with hardly any budget back in 2013 and we are now entering our 6th year of racing – it has been a journey!

For 2019, there was only one option that appealed to me and that was to team up with Sam. He did a mega job when we raced together last year, taking the overall victory at Donington.

We instantly gelled, which for me is such an important attribute when racing as a team. I am sure we will be pushing each other to the limit in 2019!

I am looking forward to the step up to GT Cup. There is a new format which I think is great and we are there to win the title.”

Following a one-off appearance in the first round of the 2018 GT Cup, winning the GT4 class in a Maserati, Randon joined Team HARD. Racing in 2018 partnering Rudd before racing against him for the remainder of the Britcar Endurance championship in the sister Team HARD. Racing Ginetta and NGTC Toyota Avensis.

“I’m really pleased to be paired up with Simon Rudd this year.” said Randon

“It was an instant spark between us as a pairing last year and we said at the time we hope to drive together again. Simon takes his racing very seriously and with Team HARD. Racing behind us we both fully intend to win the class.”

2019 will see the team enter a full season in the GT Cup for the first time. The team had a one-off entry last season and claimed the race win with Adam Hatfield at the wheel of the teams Ginetta G55.

Managing Director, Tony Gilham is happy to see the pair progressing up the motorsport ladder. “I can’t wait to see the pairing get going in the GT Cup this season. I’ve known Simon for a long time now and I know that he can challenge at the front. He has plenty of experience in the Ginetta G55 and it’s only right for a champion to progress to the next level the following season.

Sam made a fantastic impression on the team in 2018 and proved that he is quick in any car he drives. A string of top-level performances in the Ginetta last season proved to me that he can make the jump up the motorsport ladder in 2019. This is a great opportunity for all parties to add a new championship to their collection.”

2019 is proving to be a year of new challenges for Team HARD. Racing who have added the Renault Clio Cup UK, Mini Challenge UK and now the GT Cup to the list of championships the team are entering. The scope of championships the team now enters shows just have big the team has grown since its inception in 2013. In doing so, this benefits everyone involved from the team’s partners, the drivers sponsor and the drivers themselves. There is a clear motorsport ladder for all Team HARD. Racing drivers to progress up. This is a one stop shop.