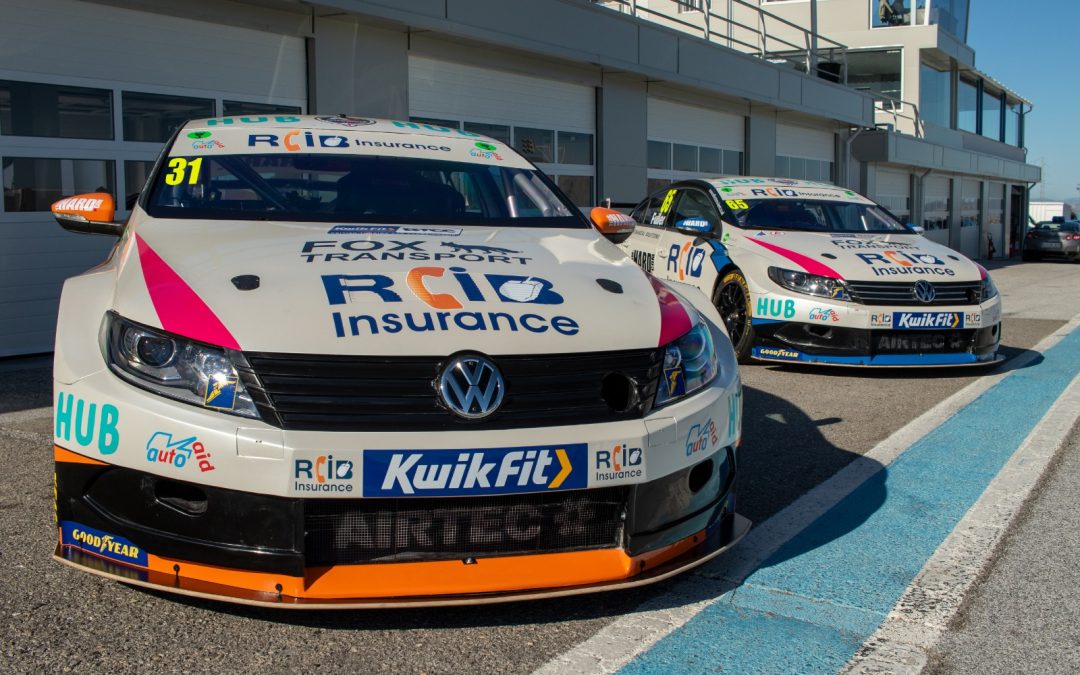 Team HARD. Racing are thrilled to announce that Right Choice Insurance Brokers (RCIB) is returning to the team as a title partner in 2020 making this season the 10th consecutive year that the two have joined forces in the Kwik Fit British Touring Car Championship.

The Essex based Insurance Broker has been a sponsor of Tony Gilham’s Team HARD. Racing squad for a number of seasons with the firm first entering the series with Tony in 2011. The 2020 season sees RCIB return as title sponsor for the first time since 2017 as they continue to back BTCC race winner Jack Goff.

This year Goff was due to be partnered by Team HARD. Racing returnee Mike Bushell but due to Myicarditis – an inflammation of the heart muscle, Bushell has been forced to miss the opening three rounds of the season. Howard Fuller has stepped into partner Goff in the second of the RCIB insurance Volkswagen CC’s.

CEO of RCIB Insurance Mike Joseph, glad to be back with Team HARD. In its 10th year of BTCC sponsorship. “RCIB have been proud sponsors in the BTCC since we first sponsored Tony in 2010. Throughout the years since we have worked closely with Tony & Team HARD. and it gives me great pleasure to be 2020 Title partners. Team HARD. have a great driver pairing and fully refreshed cars, we expect to see them challenging for podiums this year and gaining coverage for both our RCIB Insurance & AutoAid breakdown brands.”

Tony Gilham, Managing Director of Team HARD. Racing is delighted to continue the team’s relationship with RCIB CEO Mike Joseph. “Mike and I have a great working relationship and have been friends for 10 years now. Mike has supported the team and helped us grow to where we are today. It’s great to have his full backing for the 2020 season, it’s a great compliment to our team’s business hub and marketing capabilities.

It was important to retain Mike and RCIB as a partner to the team as we finally feel that we are ready to capitalise on our potential. I can’t thank Mike enough for his support over the last 10 years and I’m excited to repay his trust as we kick on from a positive end to the 2019 season!”

Goff who is a long term RCIB backed BTCC star is confident of a strong season. “It’s brilliant to have RCIB back onboard, they were with me in my first season with Team HARD. Racing in 2013 where I achieved my first podium in the BTCC. They were then with us again in 2019 when we had the first win for Team HARD. Racing so you could say the three of us have a very special relationship.

Their support means a huge amount to me and the team and I am incredibly proud to carry their logos on my car once again in the 2020 BTCC season. I am looking forward to a successful season on and off track together as we push harder then ever before to mix it at the sharp end!”

Team HARD. Racing are currently undergoing their first ever winter test in Spain as they prepare for what is set to be their most competitive season yet in the BTCC.