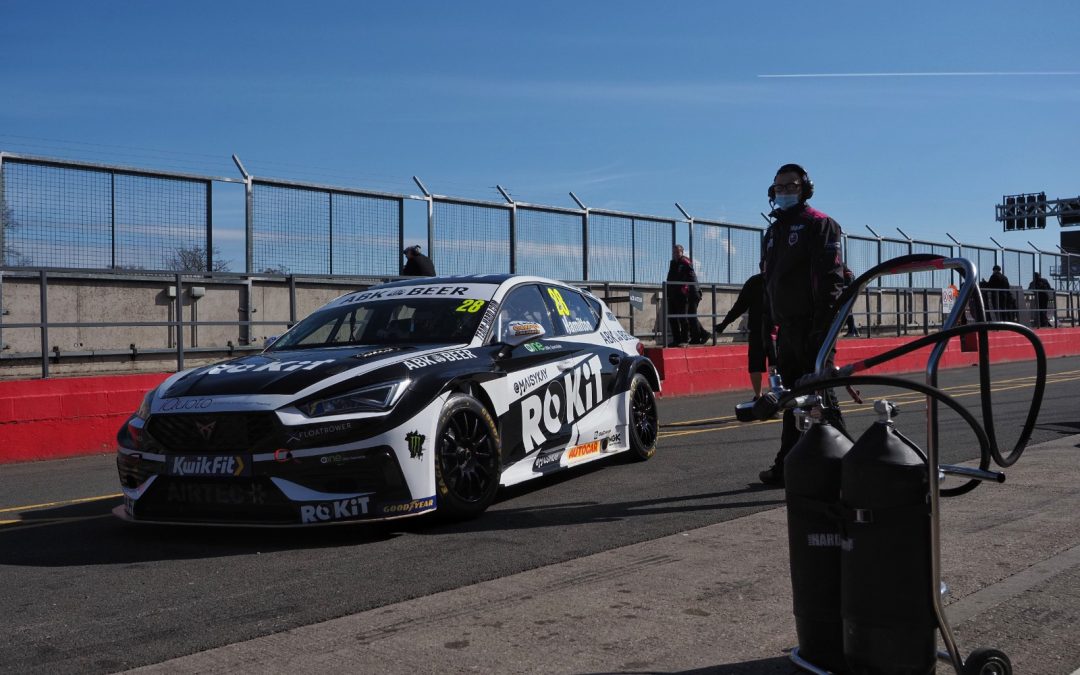 Today (13th April 2021) the team set off to Donington Park for the third CUPRA test day of the season with all four drivers in tow. There is just under one month until the Kwik Fit British Touring Car Championship (BTCC) season kicks off at Thruxton on the 9th May.

After two successful test days already, hear what our drivers had to say about how the third CUPRA shakedown went for the team.

“I’m not going to lie, I had a tough morning. I think its a combination of late nights getting everything sorted but also horrific traffic and red flags. I think there was 12 red flags before lunch time! I didn’t actually do a lap until around 3pm today which made it hard. However, once we got out and running the pace in the car was very good.

“I think what I like the most about today was that the car was responsive to changes. You could feel what it was doing, and it was making a difference to the end lap time. I am leaving today positive, and I think it has put us in a better position going forward.

“We didn’t get the maximum from the car today but that was out of our control. I think the car has more potential than I initially thought. I found certain moments today tough until everyone put on their thinking hats and got everything sorted. That being said the vibe around the team is great and I’m confident we will be in the thick of it from the start this year”.

“Today was my second day in the car and I would say it was a stressful day because there was a lot of traffic on track, and we missed the morning with an issue. However, the team solved it and the last couple of runs for the day were strong, positive and we didn’t have much traffic out there. I ended up going the fastest I’ve ever been around Donington which is a positive but as a racing driver obviously you want more.

“We need more from the car and more in general balance. However, the car is looking really strong and I’m happy with my performances. My consistency and raw pace are getting a lot stronger, but I’ve still got a little homework to do. I think it’s been a great start to the CUPRA era and I’m buzzing for this journey.”

“It’s been a good, solid day. We rolled out with a slightly different set up to what we did at Brands Hatch for our first shakedown/test. To be fair, we weren’t really in the window we needed to be in and the morning session until lunch was pretty much non existent because of the number of cars on track. There were 10-12 red flags in the morning which was absolutely mental making those sessions a bit of a write off.

“The one thing we did learn is that the set up that we started the day with was not really where we need to be. Then we ended up going back towards where we were at Brands and the performance of the car felt strong. I think pace wise we weren’t a million miles away even on old tyres at the end where we did our best lap. I think we have another couple of attempts yet to come when using new tyres.

“For me the car ran pretty faultlessly outside the garage. The boys did a good job once again in making sure we got as much track time as possible. I think we’ve left there pretty happy. We made some steps forward and some steps backwards but we’ve ended the day on a definite positive which we can take into our next test before media day”.

“This morning was a bit of a shambles due to some carnage on track. There were a lot of red flags which hindered us from getting the maximum out of the car and it meant we lost half a days’ worth of track time which was annoying.

“Despite that, the afternoon session ran much more smoothly, and we managed to get out on track. The race pace was good, and the day ended up being quite productive despite the mornings hiccups. I always appreciate the test days we get as its important to find out what works, what doesn’t and to make steps forward. Hopefully, we have done that today and can bring what we’ve learnt into our final test day before media day next week!” 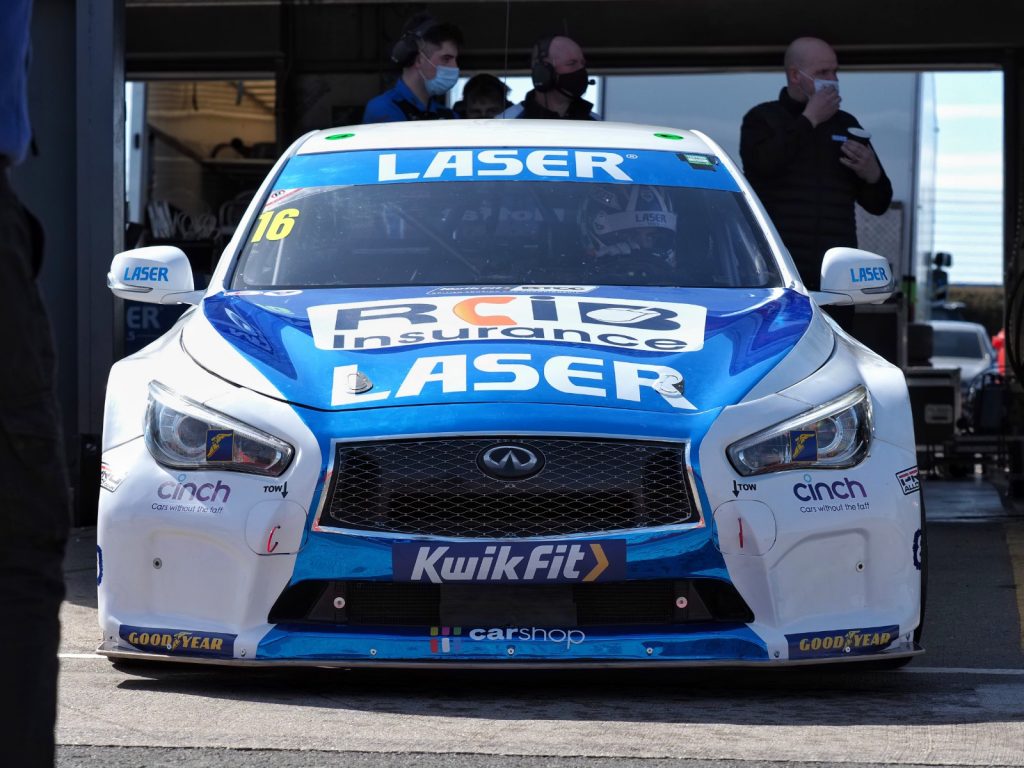