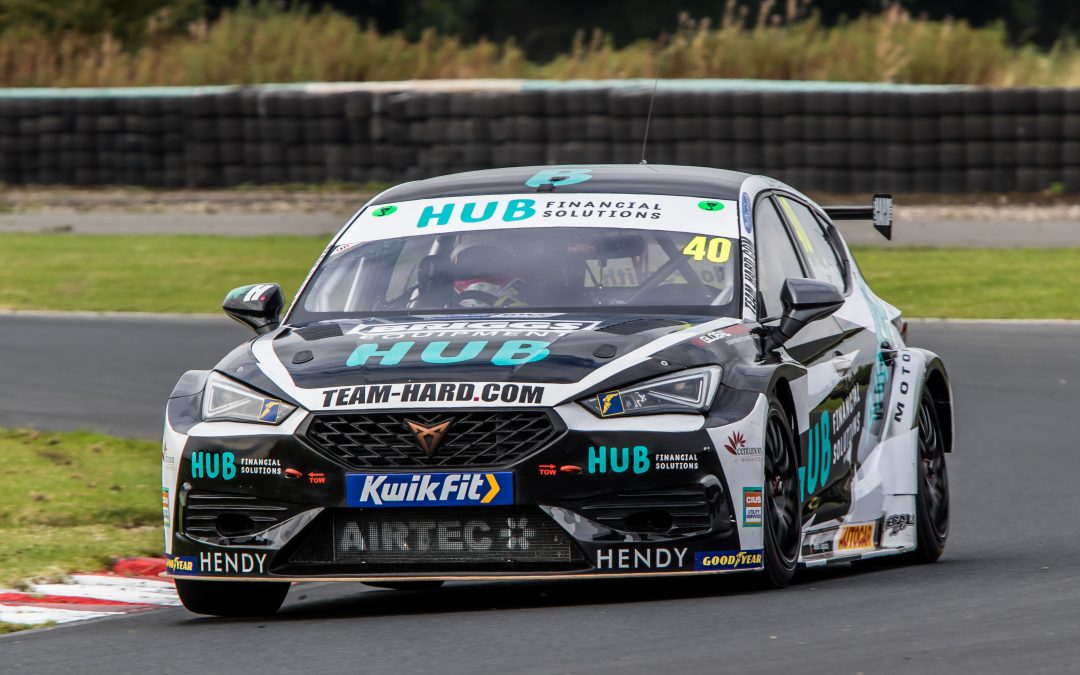 Jack Goff – “We’ve been struggling all day with some bouncing issues in the car. We changed a lot of stuff for qualifying which helped a lot with the bouncing side of things but generally the qualifying session was a messy session with red flags and then oil down on the track but I’m sure a lot of people can say it. We needed one more lap, we had one lap on our new tyres at the end as we started the session on some carry over tyres just to try the base line setup of the car after we changed a fair amount before the session. That cost us in the end as due to the red flags our run plan for qualifying was compromised.

“I reckon we could’ve gone maybe three tenths faster, not drastic but I think we would’ve been 10th to 12th somewhere around that area. Which is slightly better but the positive is that the car was a lot better in qualifying so now we can move forward from there but then tomorrow is going to be wet so it’s a step into the unknown.” 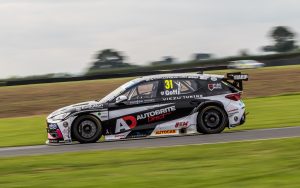 Jack Mitchell – “So I think the day started with a positive start but it’s my first time here in a touring car. It’s a really difficult circuit to get to grips within a touring car but FP1 was strong and wasn’t a million miles away from my teammates, it felt like I was in a strong position. Going into FP2 I didn’t get any running at all which really put me on the back foot, we had an issue with the drive shaft so lost all running sadly.

“Going into qualifying the track had changed which meant the chicane had become a lot tighter so went from being a flat out corner this morning to being a lift and obviously I hadn’t got to experience that in FP2 so I lost the majority of my time there where I should’ve been having an earlier lift so it’s a shame but that’s just the knock on effect of missing FP2 the actual driving from me wasn’t too bad and wasn’t a million miles away from my teammates. Overall, I am really happy with the car, but I know there’s a little bit more to be had.

“Tomorrow in the race I feel like I can get some good starts like I did at Thruxton ill be right in the mix and hopefully get some positions. It’s a long three races tomorrow and anything could happen especially with the weather so we’ll see what happens and just try to enjoy it the best I can.”

Aron Taylor-Smith – “Both free practices were really encouraging, probably the best the car has been in a qualifying trim. I think the highlight was probably FP2 where until the chicane was moved and people got cut up we were sat comfortably inside the top ten and 7th however dropped to P12 but to be honest that’s just the track with people moving that tyre stack. Unfortunately, in qualifying it was just a really scrappy session, the red flags didn’t help me as I ran wide on the oil on the first set of tyres which meant I had to pit and then we went to the second set, and I clipped the tyre stack through the chicane and damaged the front end. Once I did that it took away all my performance which, to be honest was a bit of a mistake on my part which is a shame because I truly believe that it was the first time that in my hands, we could have been inside the top 10 in qualifying.

“I think we have good pace tomorrow I think the cars have improved significantly off the back of the test last week. So, I’m confident and sometimes it feels like you kind of just have to get through the weekend where it’s the polar opposite now and I feel like we can get stuck in tomorrow and fight for it.”

Nic Hamilton – “A tough day for me, unfortunate I would say. FP1 we had a really odd tyre blow out in turn one but I’m not sure how or why it happened but we had no tyre on the rim so that caused us issues. Then we had an electrical fault with the alternator packing up and then we didn’t actually fix that problem or realise that problem was an issue until FP2 so we actually missed FP2 completely, we only ended up doing 3 laps at the end of FP2 once we had figured out the issue.

“That put us on the back foot for qualifying and I was just pushing too hard in qualifying trying to make up for lost time and had a spin at one of the fastest corners on the circuit but managed to slow the car down enough and just touch the wall so I damaged the front bumper and the wing a bit and unfortunately it took the splitter away which meant we only did two laps in qualifying and the lap time we did do got disallowed so not the greatest of days.

“That’s motorsport and tomorrow is a new day, a different day and I think it might rain which will always throw different things into the mix so we’ll see where we go. But yeah, it’s been a tough one, we don’t like to talk or hear about it, but you know you’ve got to take the rough with the smooth and hopefully tomorrow will be a lot more plain sailing and a lot more smooth so watch this space.”