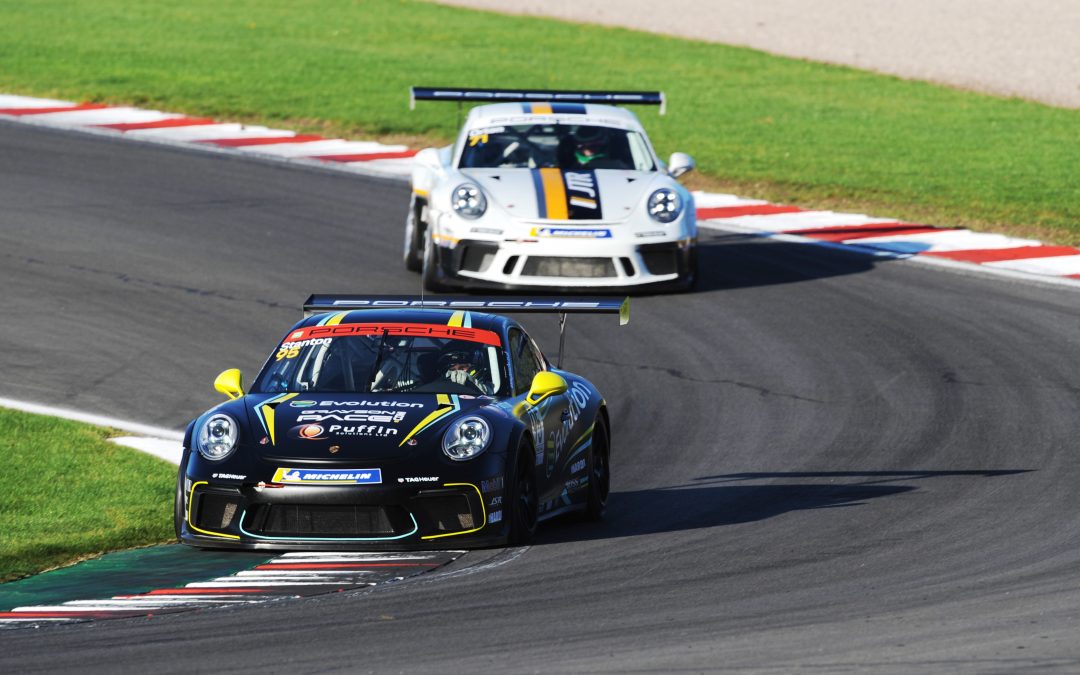 Josh Stanton: Off the back of his strongest weekend in Porsches at Silverstone, Josh initially found it tricky to gel with the early set-up. Nevertheless, constant progress was made by both Josh and the team, and a second consecutive class win was on the cards come Sunday. Race 1 was a rollercoaster – a great launch sadly vanished as Josh clipped the grass and spun. However, on a mission to claw back the positions lost, two overtakes and the fastest lap was bagged in the process. Rounding out the weekend in style, Josh passed five on his way to claim another class win in a faultless Race 2. Standing on top of the podium for the second meeting in a row, a third could well be on the way at Team HARD.’s home circuit…

“We struggled on Thursday and had to reboot on Friday to get in the right mental space. Come Saturday, we struggled again to get the car in the correct window, but the boys worked incredibly hard and I had a great car for Sunday.

“I made a good start in race one, picked off a couple of places but then made a mistake and I hold my hands up for that. We still got the fastest lap in the class which was a good recovery.

“Come Race 2, I got another great start and had real pace and went from 5th to 1st. I’m super grateful for the team for this win – the Porsche was a different car compared to Thursday. I have to give thanks to all of my amazing sponsors, as I wouldn’t be here without them.

“In terms of race-craft, the start, and how I conducted myself throughout, I’m really proud. Definitely one to remember. The goal is to keep building on the progress we have made and getting ourselves on the podium.” 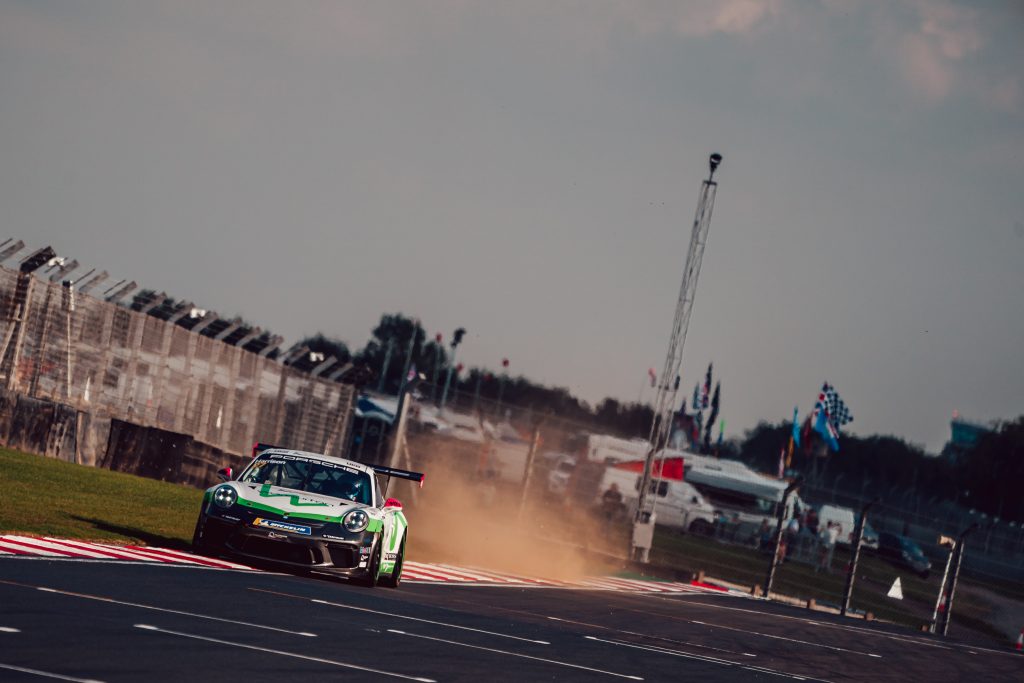 Nathan Harrison: “We had a good weekend at Donington with steady results. In qualifying, we didn’t get the full potential out of the tyres but managed to qualify P2 in class and P9 overall.

“Come Sunday, we had a mega start and jumped into the lead by turn one and controlled the pace well with the Pro-Ams behind me. Unfortunately, the car in front leaked coolant which I fell victim to on the corner, lost control of the car, and 3 places. Without this issue, I believe we could have won that race. We started race two in a good position with new tyres and P2, enjoyed some extremely close racing, and pushed hard to get past Rainford, and finished the race in P2.

“We earned some good points this weekend, and hopefully carry that through to Brands Hatch and end of a high!

“Thank you to Team HARD. Adam Wilcox, and my sponsors for making this year possible.”