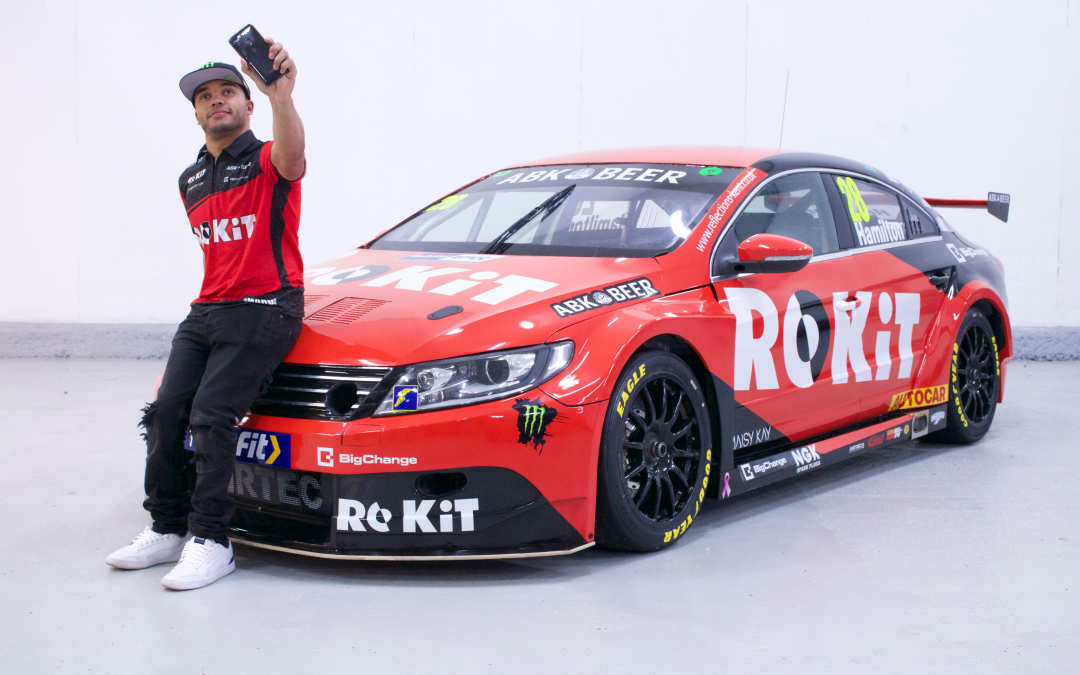 Hamilton contested 24 rounds of the UK’s most competitive motor racing championship in 2019 competing in a Ford Focus.  Looking ahead to 2020, there is great excitement for what a second year in the series might bring as Hamilton takes to the wheel of a ROKiT Phones and ABK Beer sponsored Team HARD. Racing Volkswagen CC.

The team have been working hard to develop the Volkswagen CC which demonstrated an improvement in pace during the second half of the 2019 season, consistently challenging the front runners.  This improvement in performance was highlighted when the team took their first ever BTCC win at Silverstone.

Looking ahead to the season, Nic Hamilton said, “I’m super-excited to be with Team HARD. Racing for the 2020 season.  Last year was so challenging for me, coming close to facing a reality where my career might be over was really tough.  But people stuck by me, kept me focused and upbeat, and I’m now in great place to start a new chapter behind the wheel.  Team HARD. Racing are the most professional team I’ve worked with.  Their tenacity, motivation and belief inspires me. They deserve a great season from me and I’m going to give my all to give them that.

“The way these guys go about things in preparing the car and energising the team is inspiring, it cultivates such a great atmosphere from the factory to the pit lane.  They help give me such enthusiasm for the season ahead and having ROKiT Phones and ABK Beer as partners, once again, is tremendous as they are brands with a passion to be the best in their industry, something that really resonates with me. Last year they stuck by me and acted with such integrity.  I’m proud to represent them and be a part of their success, and more than anything I’m grateful for their continued support.”

Team HARD. Racing’s Managing Director, Tony Gilham commented: “I’m delighted that Nic has chosen to join the team for the 2020 season. His determination and drive to succeed has really lifted the whole team as we prepare three brand new Volkswagen CC’s. Nic showed really encouraging signs in the series last term and his performance in the early laps of the opening round at Brands Hatch really caught my eye.

“This is the first year in the team’s history that we are going to Spain for testing and I couldn’t be more excited. A solid stint in the new Volkswagen CC will really benefit Nic both on and off track as he settles into a new and very different team. I’m expecting Nic to learn a lot from our returning drivers as we look to move further up the grid in 2020.”

Jonathan Kendrick, ROKiT Phones and ROKiT Drinks Co-Founder & Chairman added: “Nic’s positivity, charisma and determination is inspiring and these are the core values that we look for in the athletes and teams we partner with. Nic has beaten the odds in reaching the BTCC during which he demonstrated good progress in the early parts of last season. This season is going to bring great things for him. He deserves every success and we’re proud to be with him all the way.”

Hamilton’s Volkswagen CC is modified to allow him to compete with cerebral palsy. The car in its striking new ROKiT red livery will be heading to Spain for an intense test schedule alongside the teams other two CC’s driven by Jack Goff and Mike Bushell.