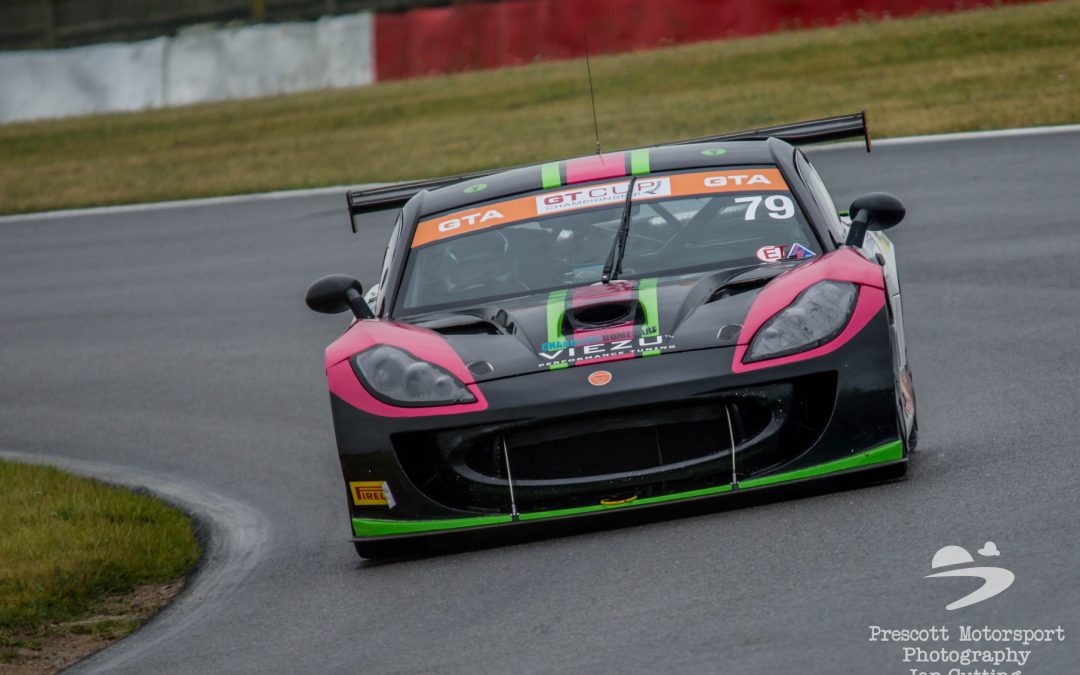 Niall Quinn will pilot one of the Team HARD. Racing Ginetta G55’s at next weekend’s GT Cup finale at Snetterton in Norfolk. A deal which came about last minute while discussing plans for 2020, it will serve as a perfect opportunity for Niall and the team to get to know each other as a launchpad for 2020 success.

The weekend will kick off on Friday 25th October with free practice sessions at the Norfolk circuit. Niall will then pilot the Ginetta G55 in one of the weekend’s 25 minute sprint races, along with joint driving duties in the two 50 minute endurance races.

Niall will be returning to the scene where he won the 2008 Formula Palmer Audi Autumn Trophy, albeit arriving to a significantly revised layout. The 2.9 mile 300 circuit retains a lot of the character of the classic layout, and Niall will be using this familiarity to hit the ground running.

Niall Quinn: “I am really excited to get back behind the wheel in GT Cup. I met with Tony and Team HARD. Racing and was instantly impressed with what they are doing. I am looking forward to getting to know the whole team and looking at working together in 2020. It is extra special to be returning to Snetterton where I have great memories of our Formula Palmer Audi success. This will be my first taste of multiclass GT endurance racing, and I am relishing the opportunity.”

Tony Gilham, Managing Director, Team HARD. Racing: “I’m delighted to have Niall with us for the season finale of the GT Cup championship. We have had a good season with multiple class wins and I am hopeful of adding a few more in the final round. Niall has fantastic racing pedigree having competed in the highly competitive Indy Lights series in America and A1 GP series and it was a no brainer to get him behind the wheel of one of our cars.

With the GT Cup finale being Niall’s return to racing after a 3 year break, we are hoping that this is just the start of our partnership with as we look at options for a full 2020 campaign together.”