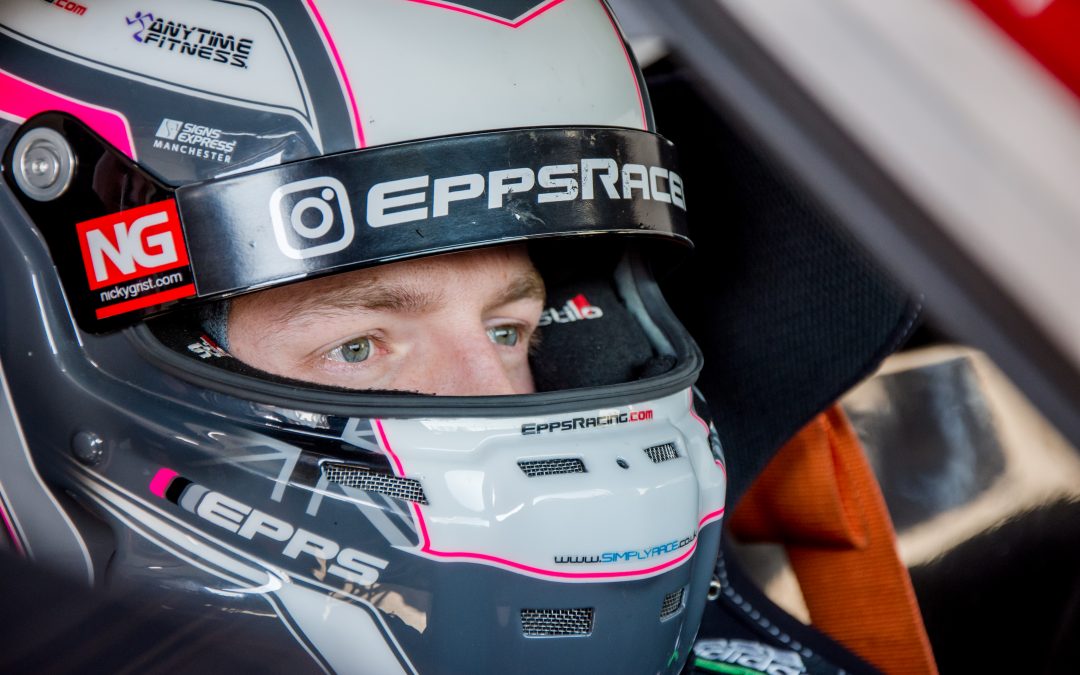 Epps’ entry into the GT4 SuperCup will mark not only his debut in one-make Ginetta competition but also his first full foray into GT racing, though he makes the transition with a strong pedigree across single-seater and tin-top championships in recent years.

A former race-winner in the USF2000 open-wheel championship in America, the Hemel Hempstead based driver secured four victories in the Volkswagen Racing Cup in 2015 before starting a two year spell in the British Touring Car Championship with Team HARD. Racing.

Epps, who celebrated his 27th birthday yesterday (12th March), impressed in the BTCC on a tight budget, securing multiple top ten results across the two seasons and impressively coming runner-up in the 2016 Jack Sears Trophy to 2017 overall champion-to-be Ash Sutton.

Epps’ best result came with a standout fifth overall in the 2017 season finale at Brands Hatch as he secured eighth in the final Independent Drivers’ standings, before a maiden campaign in the Renault UK Clio Cup last year featured a pair of podium positions.

Mike Epps: “After the winter I’ve had, I’m pleased to be starting the season and competing in such a great championship as the Millers Oils Ginetta GT4 SuperCup. Finding budget for this year has been harder than ever and after being let down a few weeks ago, I was close to not racing at all in 2019.

“Luckily with my help of my loyal partners, Tony Gilham and Team HARD. Racing, we’ve bounced back and I’m massively thankful to them. The team has evolved in recent years and I’m confident there is a strong package to hand here with a quick ‘Pro’ team-mate alongside me in Tom Barley.

“While this is a first move into GT competition, I’m comfortable driving in rear-wheel drive GT cars with aero through my single-seater experience. I’ve had a handful of laps in both wet and dry conditions in a Ginetta G55 GT4 and it’s a satisfying car to drive.

“At the moment we’ll be doing this race-by-race, but hopefully we’ll be able to secure the rest of the season budget with some good momentum and results. Thank you to everyone who’s made this possible and I can’t wait to get started at Brands Hatch.”

Tony Gilham, managing director: “Mike enjoyed great success with us in previous years with four wins in the 2015 Volkswagen Racing Cup championship, Jack Sears runner-up in 2016 and finished the 2017 BTCC campaign as our highest place driver.

“I’m glad to have Mike back with the team, he’s a fan favourite and it would have been a great shame to not see him involved in the TOCA package this season. He’s tested the car on multiple occasions with us over the winter and is looking quick; Mike is a quick peddler in any car he gets in. I honestly believe that both himself and his ‘pro’ team-mate Tom [Barley] have a great shot at the title this season.

“The team are looking for a clean sweep in 2019 as we push for both the ‘pro’ and ‘am’ titles. It’s an exciting year for the team and Mike is at the forefront of that excitement.”

The Millers Oils Ginetta GT4 SuperCup is Ginetta’s flagship championship, with a two-class structure for Professional and Amateur drivers. In 2019, the series will be contested over eight race weekends in support of the British Touring Car Championship.