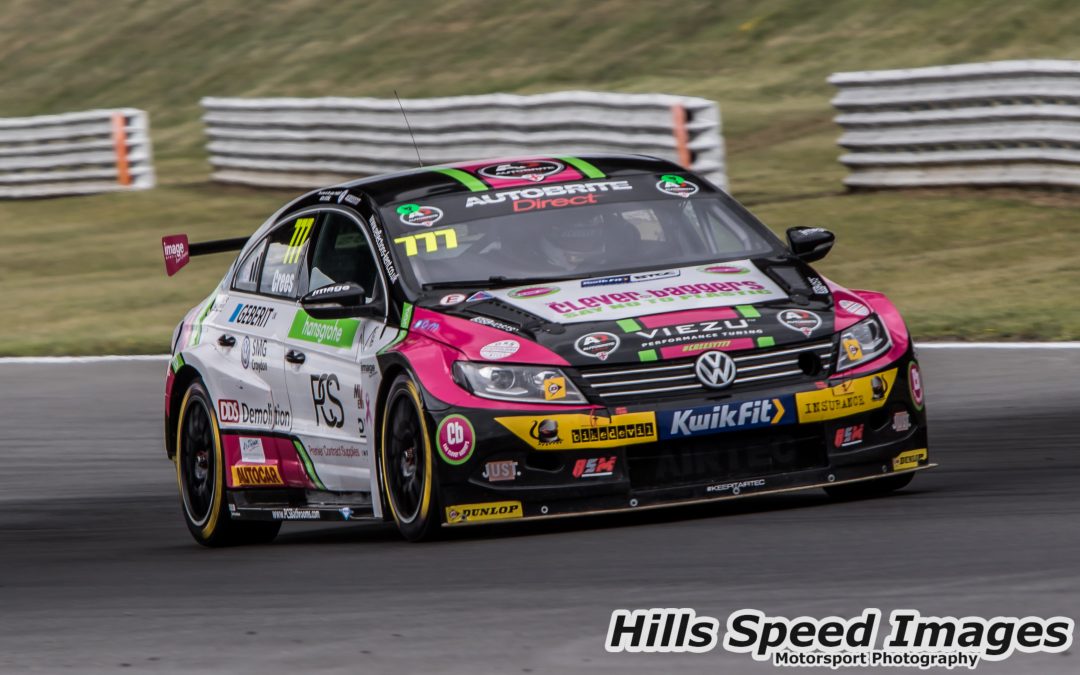 Michael Crees showed yet more promise this past weekend (03/04 August) as he kicked off the second half of his maiden Kwik Fit British Touring Car Championship campaign at Snetterton.

Roaring back into action at the Norfolk venue following the annual mid-season summer break, the Team HARD driver claimed a pair of strong race finishes during what proved to be an action-packed sixth event of the season.

Having enjoyed a successful two-day test at the track in July, the Volkswagen CC racer headed into qualifying on Saturday confident of making progress after improvements to both his driving style and the car were proving beneficial.

Come the end of the 30-minute shootout for pole position, the Burlington Bathrooms and Premier Contract Supplies supported driver set a best time of 1m 57.214s to secure 25th on the grid for the opening encounter of the weekend.

Starting on the 13th row of the grid for the first race on Sunday, Crees saw his hopes of making progress over at the end of the opening lap after being forced to pit so that the team could rectify a coolant temperature issue.

Rejoining the fray half a lap down, Crees produced a consistent drive with the hard tyre compound bolted on his front-wheel-drive machine to finish 27th.

In what proved to be a frenetic second race around the 2.97-mile circuit, the Kent-based driver found himself in the thick of the action as he battled to make progress on the medium tyre compound.

Bringing the weekend to a close with the third and final encounter from East Anglia, Crees’ aspirations of a strong result while on the soft tyre were ended almost immediately as he was involved in an incident at the exit of Wilson on the opening lap.

One of several cars caught up in the melee, the 35-year-old was forced to pull off the track with damage bringing a premature end to his race day.

Michael Crees: “It has been a challenging weekend in terms of results but I can look back on Snetterton as somewhat of a turning point. We made plenty of progress over the meeting, which should only put us in good shape moving forward.

“I’ve worked on my driving style and we’ve really dug into the set-up of the car and the feeling I had seemed to be positive. I enjoyed some great battles out there, it was an action-packed weekend, and I’d have liked to have seen what we could of done on the soft tyre, especially as most were on the hards, but it wasn’t to be.

“We’re heading back to Thruxton in a couple of weeks for the next event and I’m optimistic that we can make further progress there. We’ve got the experience of competing there in May under our belts so that should only be a positive for us.”

Crees’ maiden Kwik Fit British Touring Car Championship campaign is set to continue in under two weeks’ time as the series makes a second visit of the year to Thruxton Circuit on August 17/18.