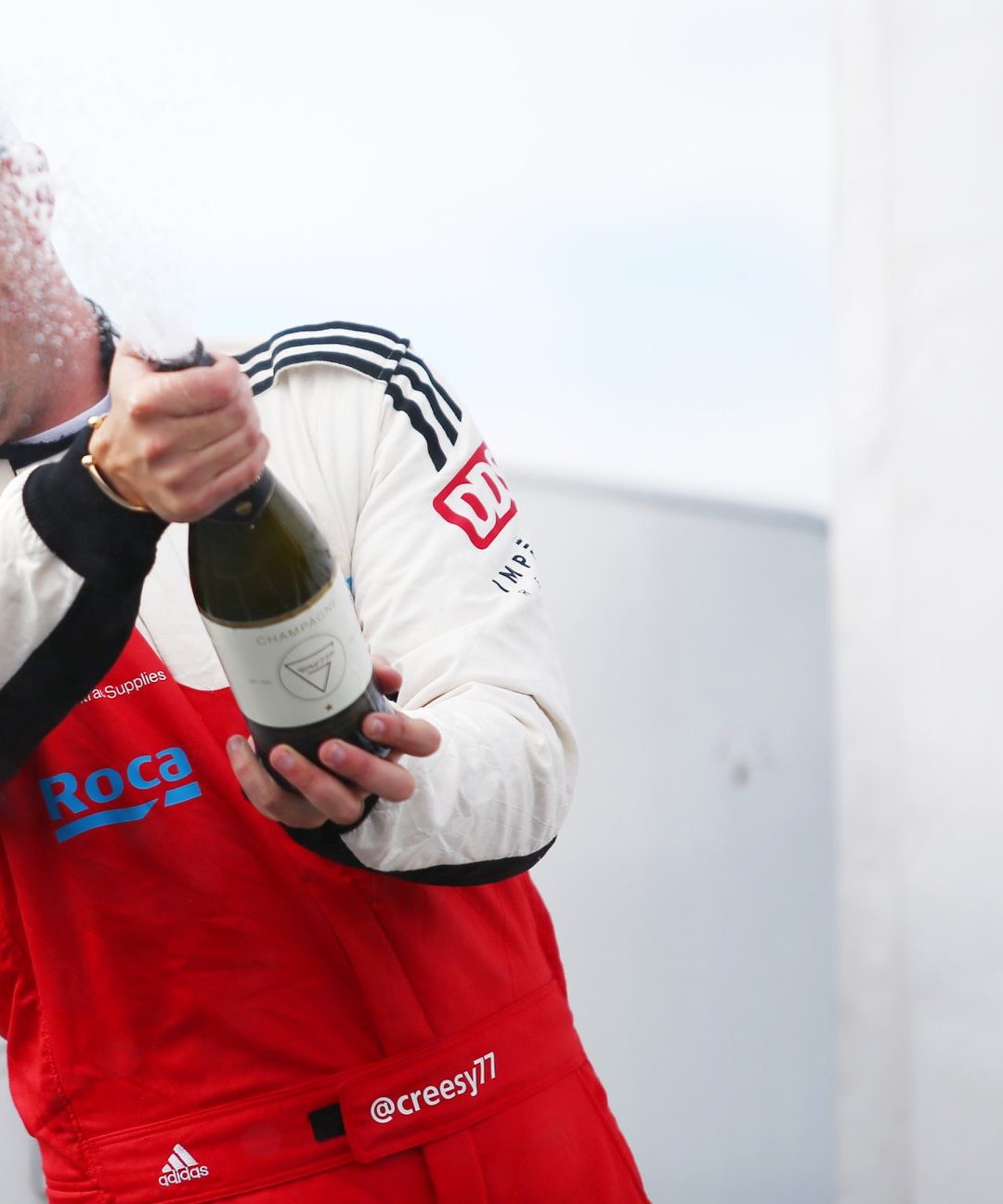 Michael Crees will realise a lifelong dream next season as he lines up on the Dunlop MSA British Touring Car Championship grid after signing a deal with leading squad Team HARD for his debut campaign in the biggest race series in the UK.

Less than three years since the Kent racer was standing on the banks as a fan watching the BTCC in action, Crees is now seizing the chance to take on some of the best touring car drivers and teams in the world in only his third season of motorsport competition.

With the support of his loyal sponsors, Crees has signed with experienced outfit Team HARD to race one of their Volkswagen CC’s, an established race-winning car in the series that he tested for the first time earlier this month at Snetterton in Norfolk.

The move continues Crees’ meteoric rise up the motorsport ladder, having won the Ginetta Racing Drivers’ Club title in his maiden car-racing campaign in 2017, before announcing himself to the BTCC paddock with a sensational display in the Michelin Ginetta GT4 Supercup last year.

In a series that has produced leading BTCC stars like Tom Ingram and Adam Morgan, the Broadstairs-based driver dominated the AM Class with a remarkable record of eleven race victories and eight other podium finishes across the twenty-three race campaign.

Crees highlighted his tremendous raw speed and exciting racecraft throughout the season, as well as an infectious personality that made him a popular figure throughout the paddock, with the media and crucially with the passionate BTCC fanbase.

Michael Crees: “My dream has become a reality! It has been a very difficult decision with what to do next year as I have so little experience in racing, but after winning two titles in two years of racing, we wanted to challenge ourselves in the hardest series in the UK.

“I want to thank Tony Gilham for taking a chance on us. Having spent the last couple of weeks working with and getting to know the team, how they work and our plans, it became clear this would be the right decision for the next chapter in my racing career.

“We share a lot of the same values and goals for the future so I’m very much looking forward to working with the team to see what we can achieve together. I can’t wait to get out this week and start a long, tough journey to becoming a successful BTCC driver.”

The 35 year old competed with the team for the first time this past weekend at Brands Hatch, enjoying a successful debut in the Britcar Endurance Championship as he finished second in class and third overall alongside Sam Randon in an ex-BTCC Toyota Avensis.

Tony Gilham – Team HARD Boss: “We are very proud to welcome Michael to what we call our family. Michael is very much like us in the way he approaches his racing with his family support around him and his mindset to do the best job possible on track but to enjoy it off track too.

“That makes him a perfect fit to our set up and we have already seen the value that we can offer each other as a package. He is a very special talent and has had a meteoric rise to the top and we cannot wait to share the next chapter of our stories together.

“In what will be a huge year for the team, it will also be a very steep learning curve for Michael as he steps up to what is the pinnacle of British motorsport. That said we have all been very impressed with Michael on the recent test days.

“We’ll be working hard over the winter to ensure we’re as ready as we can be for the season ahead. There have been several changes to the team structure and personnel, and we are hoping to achieve great things together as this is a long term programme for us all.”

The BTCC celebrated its landmark 60th anniversary season in 2018 and showcased its status as one of the most exciting and competitive championships in the world, with no less than seventeen different race-winners across the thirty race campaign.

The highest profile motor-racing series in the UK, the BTCC attracts trackside crowds of on average over 37,000 per meeting across the country, has live terrestrial television coverage of every race on ITV4, and enjoys extensive media coverage and a large social media presence.

Article written by – Next Level Motorsport