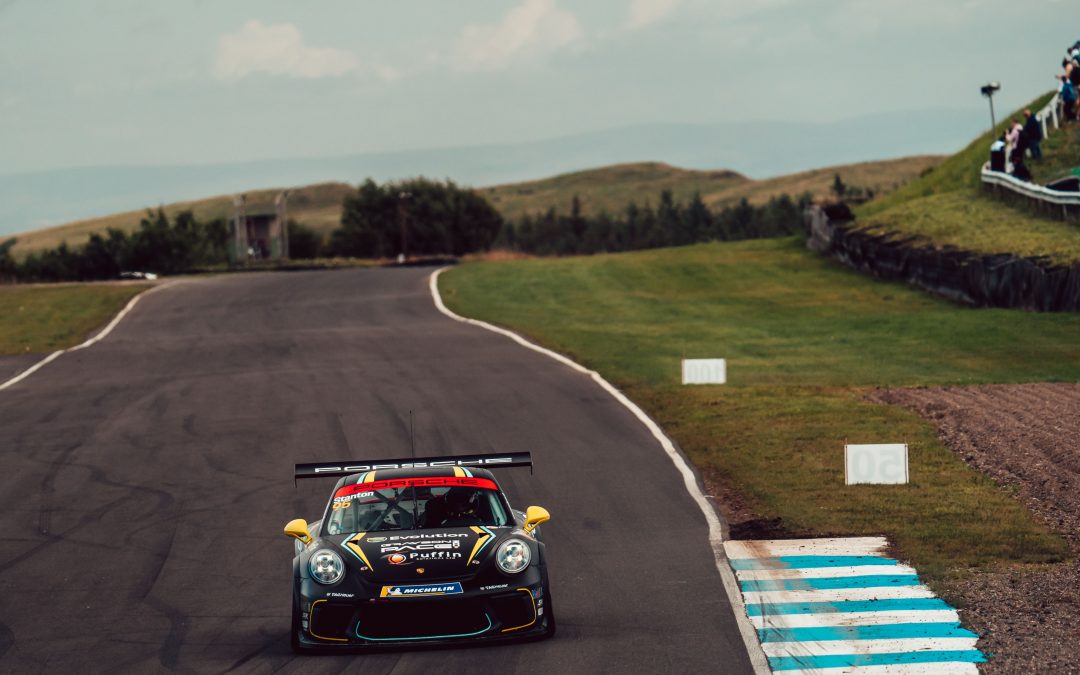 Find out how our support categories got on during round 5 of the British Touring Car Championship at Knockhill racing circuit in Scotland.

Kenan Dole: “For me, it was a weekend of learning the track which I knew I couldn’t learn any faster than the time given. I went into the weekend not expecting too much and was willing to treat it like a bit of a test, however it went well considering the circumstances. I am now hoping I can learn Croft a bit quick and keep up the consistent results there too”. 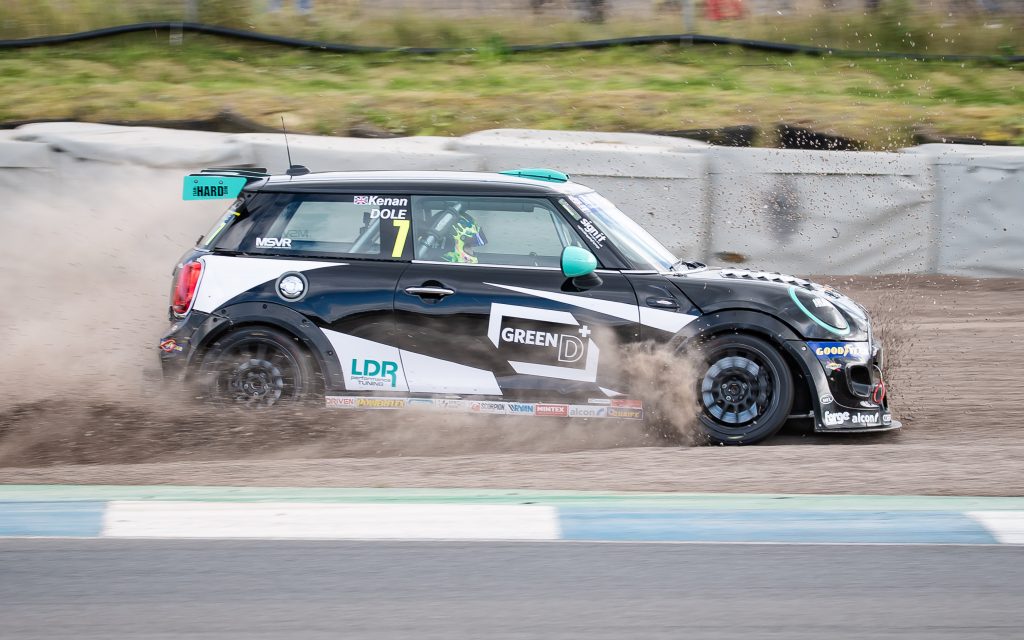 Josh Stanton: “Overall, it was a really positive weekend for us! A small mistake on my part in qualifying set us back, but the team soon picked me back up and we were ready for race 1. We had some strong pace but struggled to make progress due to the nature of Knockhill as a circuit.

“In race 2, we managed to pass a few cars and get on the back of the leader in our class come the penultimate lap but sadly we ran out of time. However, it’s very encouraging seeing the pace of the car develop!”

“I need to say a huge thanks to the team and Paul Rees for a faultless car all weekend! Nathan had a very unlucky weekend but showed his class as a teammate to be pushing me on from trackside and I know he’ll bounce back for Croft. Finally, a huge thanks to Evolution and Puffin for travelling up to Knockhill and for their support! They made the weekend one to remember. P3 and P2 in class… we’re getting closer to that P1!”. 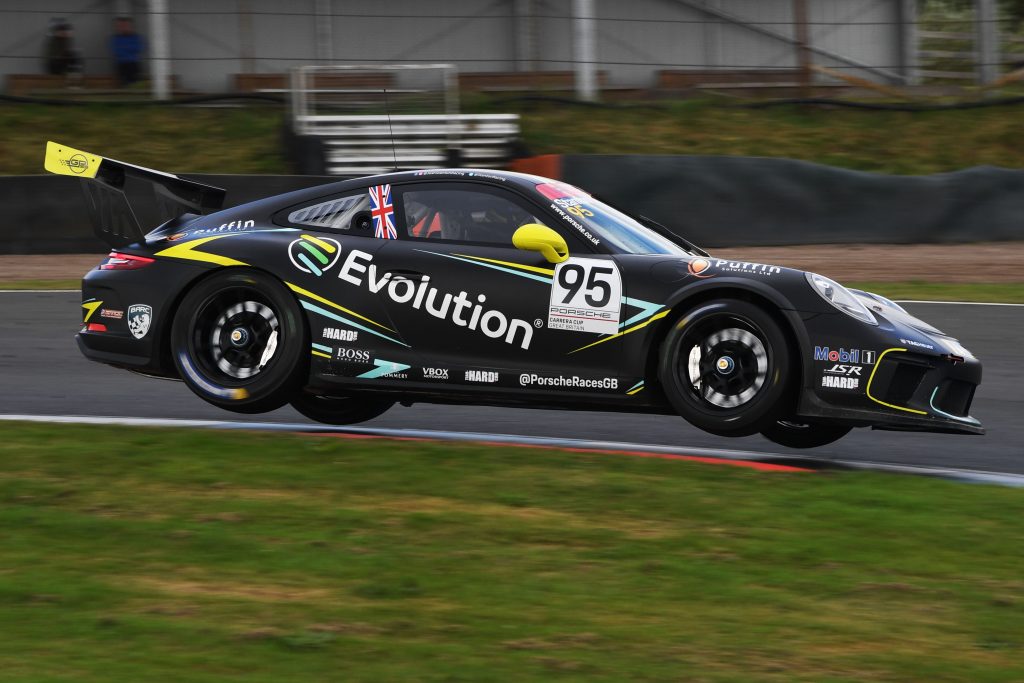 Nathan Harrison: “Motorsport is full of highs and lows and this weekend at Knockhill was definitely a big low for us. To start, we were taken out in race 1 which caused quite a bit of damage to the car and resulted in a DNF result as I couldn’t finish the race.”

“Team HARD. Racing did an amazing job to get me back out on track for race 2 but this race didn’t go much better either resulting in another DNF and a car on fire! Despite the poor weekend, we pick ourselves back up and move onto the next race. I’m looking forward to making a strong comeback at Croft and seeing what I can do.” 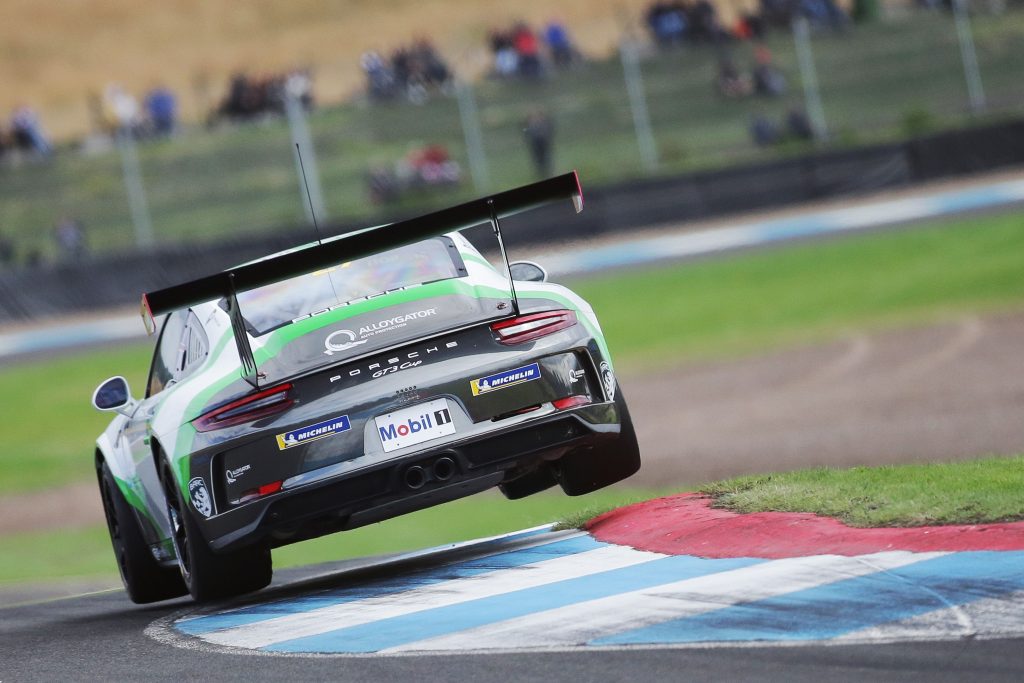 Seb Melrose: “It was my home race at Knockhill circuit this weekend and I was proud to be there representing the Scottish flag in the car. I was blessed with the amount of support I got over the weekend, it really was non-stop with lots of fans wishing me luck, messaging me, asking for pictures and autographs. It really was amazing that I received such incredible support.”

“It was a slightly annoying weekend for me because the pace was there, but it just didn’t really fall into place for us like we wanted it too, but that’s racing. I think a lot of it is a lack of experience on my behalf. I qualified quite near the back, and I think that’s simply down to the fact that I never got the tyres correct and didn’t make the strategic decision to do a full lap. Everyone got their laps up sooner than I did and I got caught out with the weather, meaning I had to put wet tyres on and try to qualify in the wet which didn’t work out very well.

“Before race 1 I was feeling fairly strong but I struggled to get off the line as the car went into fail safe mode and wouldn’t select a gear. I had a bit of wheel spin which lost me time and put me to the back of the pack before I even got to turn 1. However, I managed to fight my way through to P11 or 12 but I was gutted I couldn’t get any further up the grid.

“In race 2, unfortunately I had to retire because I got hit up the back. I was fighting strong around the mid pack area, but a car spun out in front of me, and I had to avoid him by going into the gravel which dropped me a few places. As I was making my way back through, I got hit from behind quite hard and had to retire only six laps into the race. I was absolutely gutted and my heart sank.

“When my sponsors turned up on Sunday my car was looking battered and bruised but they were really impressed by the hospitality that Team HARD. put together and thankfully I managed to put on a good show for them in race 3, fighting from the back all the way to P9. The sponsors and my family were really impressed and I managed to get a decent result for the team which is important to me because they work so hard and the least I can do is give them a good result. The Sunday was very positive and as I said before the fans were great. I think my sponsors enjoyed themselves and I’m really grateful for everything”. 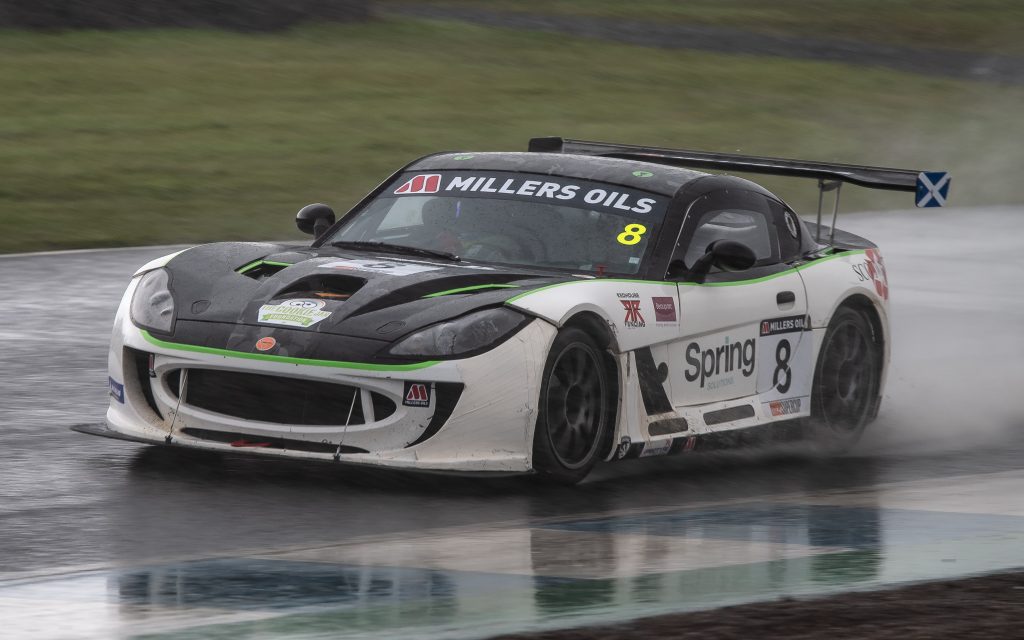