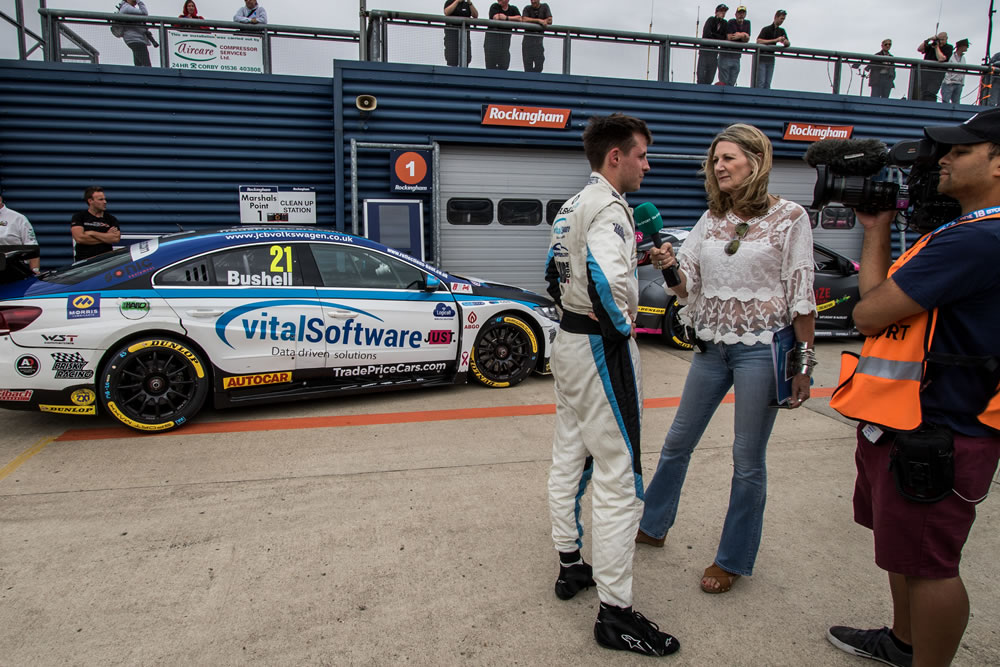 “I can’t believe that we have only got three race weekends to go and then my rookie season is over. I know that a lot can happen in nine races but after the last two rounds at Snetterton and Rockingham I wish we had another 30 races to go.

“We have now had two meetings where the whole Team HARD package has been moving forward. A lot of people have made a reference to how Rockingham suited our ‘slippery’ VW’s and that Knockhill won’t suit the car as much as Silverstone and Brands Hatch at the end of the year but the way the team have been developing the cars I don’t think we will be at as much of a disadvantage in Scotland as people think.

“Obviously the circuit is new to me and is a very different style of track to anything else on the BTCC calendar but I genuinely think we can still contend for points here just because of the engineering changes the cars have undergone in the last six weeks or so. I’m not saying that we will be in the top four in qualifying like Mike was at Rockingham but if the weather is a bit mixed then anything is possible.

“I’ve been studying last years’ races at Knockhill and it is definitely a track where you have to be super aggressive on the kerbs and really committed around the whole lap. The BTCC is manic enough on a track twice as long and twice as wide so if you are in mid pack you won’t get a second to yourself and it will be non-stop action all the way. I don’t want to make any predictions apart from keeping it on the track and trying to qualifying in the top half of the field and then staying there in the races.”

Rockingham was a fantastic weekend for not only me but the team. Qualifying 4th and two 6th places is a great weekend for anyone in this super competitive championship! However, I was left a little disappointed with the race results as our qualifying and free Practice pace didn’t translate into race pace and longevity. And I’m hungry to fight for wins!

So, the build up to Knockhill has been very intense with lots of numbers and calculations on how we best improve the car for the future. Getting really involved in the engineering side has given me the opportunity to quantify my changes and adjustments. I love Knockhill. My first ever BTCC race was there in 2013 and I still hold it as one of my all time fondest memories.

I’ve since had pole positions and wins in the U.K. Renault Clio Cup there and I am looking forward to the return north of the border!

Firstly, Rockingham was completely surreal. I had no idea that BTCC was even possible this year, I want to thank everyone at Team HARD for giving me this very special opportunity to show myself on such a national stage.

It was altogether a great weekend with pace improvements each time out and finishing positions much higher that I could have imagined.

I have raced at Knockhill once before, it was in MSA Formula (now British F4). I achieved my highest results of 10th in my part year in that series at Knockhill so that’s encouraging! I remember how much I loved driving the track so I’m looking forward to having the chance to drive it again. More finishes and more pace that’s all I want from the weekend!