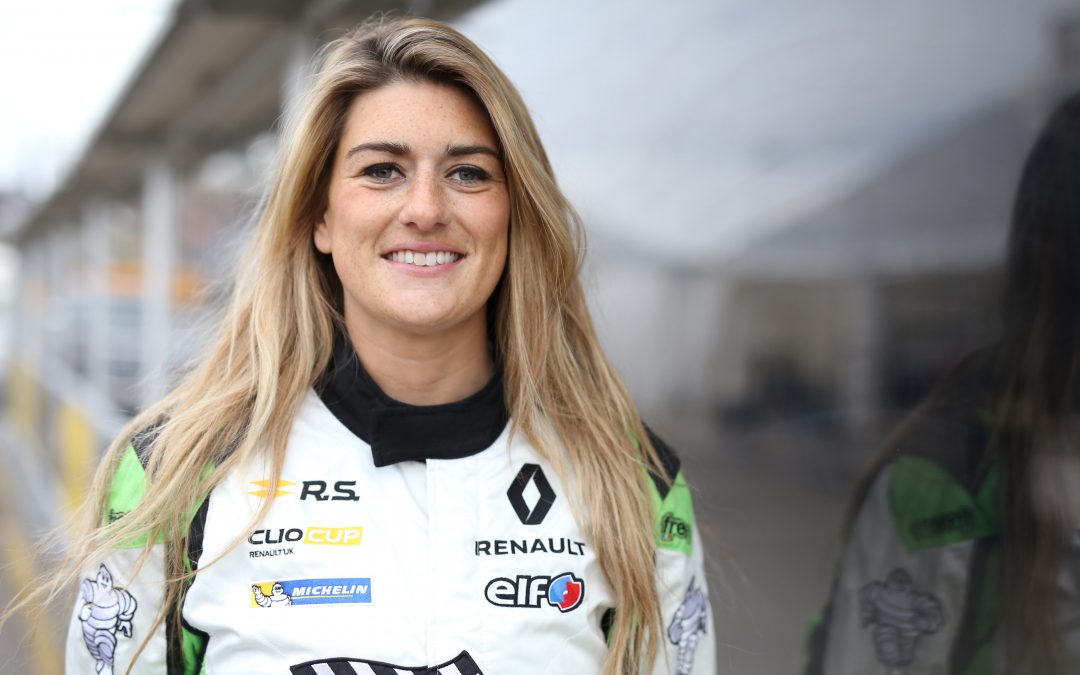 Jade Edwards will join the Team HARD. squad for her third season in the Renault UK Clio Cup in 2019 and says podium results are her target.

Jade will team up with fellow ‘fans’ favourite’ Max Coates and newcomer Ethan Hammerton in the Team HARD. line-up.

She is scheduled to begin testing her car next week in early preparation for the opening two rounds of the 2019 Clio Cup season at Brands Hatch in Kent on the weekend of Sat 6/Sun 7 April.

All 18 of the Clio Cup’s rounds will take place at the British Touring Car Championship’s events which are broadcast LIVE on free-to-air TV channel ITV4 as well as on-line. Trackside crowds average over 38,000 people per event.

She regularly ran inside the top ten – a pair of fifth place finishes were her best results – but she was also involved in a couple of high-profile accidents.

The 28-year-old from Northampton commented: “I’m delighted to be able to announce this deal – Team HARD. boss Tony Gilham has been a huge help and so have two of my existing sponsors, Candeo Vision and Spectra Analysis, who have remained incredibly loyal.

“I was determined to return to the Clio Cup; the competition is always there which brings credibility and there’s some unfinished business – 2018 wasn’t a reflection of my true form. I want to put that right this season and podiums have to be the goal.

“There’s a bit of history to being on the grid this year, too – my father won the first Clio Cup title in the championship’s current guise so I’d like to uphold family honour by doing well in the category’s final season.”

Jade’s deal with Team HARD. means she is renewing a previous partnership with Coates, who came close to winning the title last year.

She continued: “We were team-mates in my debut season in 2017 and we get on really well, but Max has also got great knowledge when it comes to car set-up as well as obvious pace so that can only help me.

“We also both put a lot of work in for sponsors and fans so I believe we will have a very strong line-up both on and off the track.”

Tony Gilham said: “We’re really excited to have finally been able to get a deal signed to welcome Jade in to the Team HARD. family and support her for the 2019 Clio Cup season.

“Having known Jade for a number of years now, she will be a familiar face to many within the team and she has become a personal friend. We had a very productive meeting when we met Jade and her father Jim last week and it became clear that this would be a great relationship as we have the same aspirations.

“She has a huge following of her own so can only be a positive as she now joins the ever expanding Team HARD. stable. It’s very clear that she is fired up for the season ahead and we are confident that we can achieve everything we have set out to do and fight for podiums from the start of the season.”