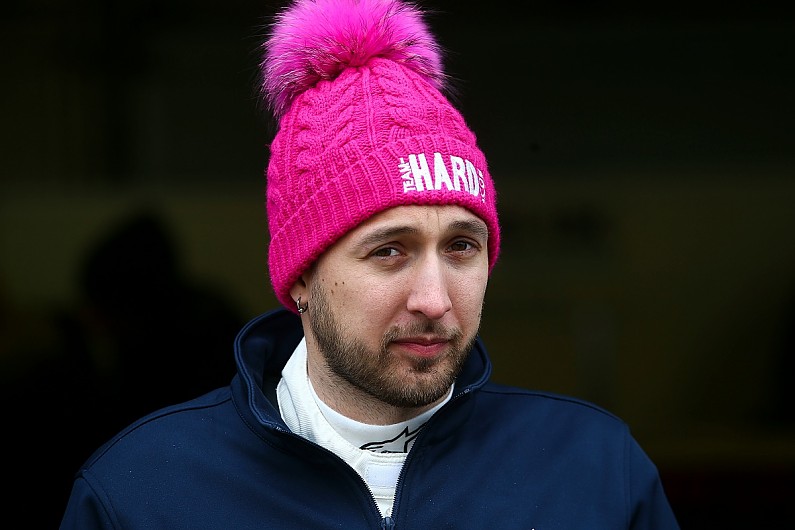 Joshua Jackson will return to the Volkswagen Racing Cup on a full-time basis in 2019 with the team. He joined the team for the Croft round in 2018 and was very impressive, qualifying 3rd on debut.

Joshua was one of the teams 2018 GKR #BetterFuture backed scholarship finalists before taking five wins in the opening six rounds of the MX-5 Super Series. The team also rewarded Joshua by drafting him into the teams British GT setup for rounds three, four and five of the series to partner Ben Wallace. The pair achieved two top 10 finishes which is no mean feat in a series littered with manufacture backed entries.

Managing Director of Team HARD. Racing, Tony Gilham was pleased to finally get this deal across the line. “Joshua is a fantastic talent who not only offers speed on track but a great deal of feedback off it.

Joshua was lightening quick in 2018 in both our Ginetta G55 and our Golf R which he will be driving again this term. With more track time this season I am confident that Joshua will be running up the front from the outset.

I think we have assembled the strongest driver line up the championship has ever seen for this season. All four of our drivers have a winning pedigree and we are aiming to dominate the championship this year.”

Big thanks to Tony Gilham and Team Hard. Racing for the opportunity to join their fantastic team full time for 2019. With the team coming off the back of winning the championship for the last two years, it will be a great place for me to enter the championship.

The team has a great track record and all three team mates are previous race winners in the championship including the reigning champion. No doubt there will be a lot to learn, but I am looking forward to the challenge and hope to build on each race as the season progresses and hopefully be fighting towards the front during the season.

I would also like to take this opportunity to thank my partners Simon Woods of Garth Road MOT Centre who always believes in me; Brisky Racing and also Orange racing for supporting me; and Bodyclinic for getting me race fit.”

The signing of Jackson adds further competition within the teams Volkswagen Racing Cup line up for 2019. The team enter the series as back-to-back champions after securing the title with BTCC Graduate Bobby Thompson in 2017 and returning champion Jamie Bond last season. Joshua will be looking to make it a hat-rick of titles for the team in 2019 but faces stiff competition from his team-mates, let alone rival teams. It’s going to be a fascinating season.