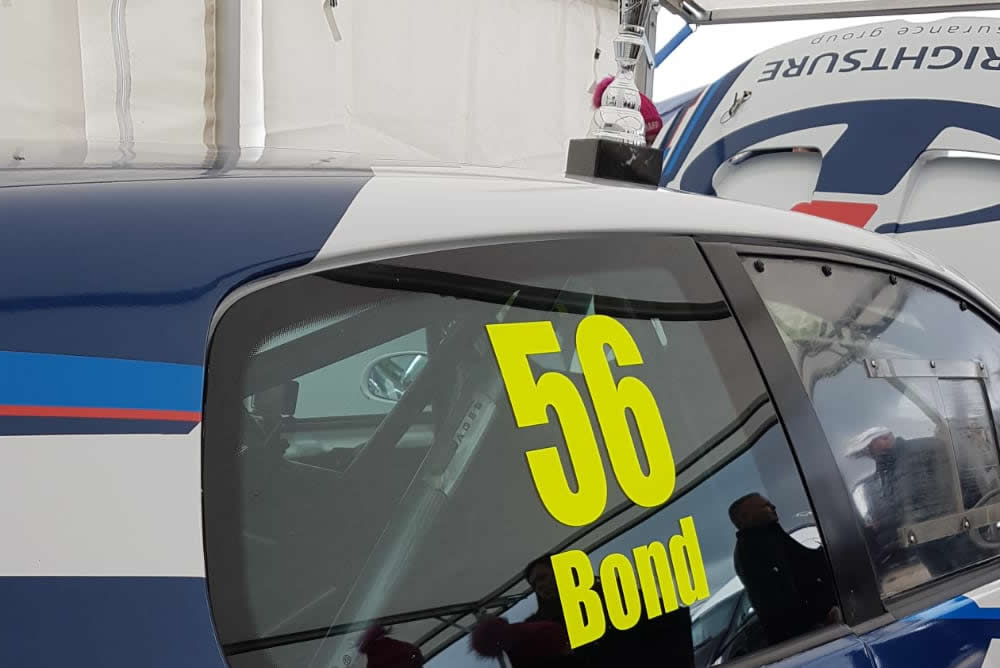 You qualified in 2nd and I assume your aspirations for the race were to win?

I always want to win no matter what. I thought we had pole in the car and me but we were a 10th of a second off which was a bit gutting because I could have found the tenth and then race 1 was what it was I suppose.

How did you feel your start went?

It went alright actually. I’m not the best of starts but we had a couple of DSG cars behind us so we know that they were going to be quick off the line straight away. Martin Depper got past me into turn one but by half a lap I was back in front again. So really, that cost me a lot because I needed to get past as quick as I could. And while that was all going on it allowed Strandberg some breathing space and he was able to get away.

Just a bit. We’ve gone up in bhp this year to 270 from 250 last year is still seems that we can’t keep up on the straights. I don’t know if it’s just me but something needs to be done about it. My car was only at mapping on Monday and it came up as 269.5 so we’re bang on. I’m not going to get into the political side but I think most people can tell watching the race that something wasn’t right.

You managed to get past him.

Yes I don’t know what it was but suddenly I was pushing like I always do and I don’t know if he had a car problem but we got past and led for about a lap but then got driven past again quite convincingly.
I’m over the moon with the podium, of course I am. It’s the first round of the year. A podium, I can’t complain.

It wasn’t so bad actually. There was a dry line of appearing which also makes it quite hard because if you break a bit too late you expect it to be a dry line and you run a bit wide, which I did on a few occasions. It can end up with a five second penalty, which happened to us. It just allows the car to run off the circuit a little bit but it wasn’t so bad. I’ll usually prefer when it’s either wet or dry because its proper racing and it’s not trying to find a dry line trying to find the quickest part of the circuit.

You were on wet tyres?

Yes, I think everyone was on wets so it was a bit of cat and mouse. It wasn’t slicks and it wasn’t wets and we haven’t got a middle! I should think about designing something. It might be a new business opportunity.

Your next race is tomorrow.

Tomorrow race we’re starting from 5th and again we can definitely go forward from there 100%. I don’t know who’s in front of me at the moment until I have a look. Again every time I go out in the car I’ll from the weak side. Every time I sit in that seat I want to win. I don’t know what conditions are going to be like tomorrow.

What are you hoping for weather wise?

It would be nice to have a dry race. We did a shakedown at Snetterton with the car when we were only running the engine in and we were quick, very quick. I want to see what the car is like in the dry when we’ve got the engine running and everything’s going right because I think we will be well away. But this is England’s so who knows.

And then onto Rockingham. How do you like that as a circuit?

It is a brilliant circuit and especially for us with the Golfs. This is very much a Sirocco circuit. It’s a very slippery circuit, aerodynamic, it’s got quite a long straight. Rockingham for us in the Golfs is good as Bobby proved last year. I like Rockingham, it’s a great circuit.
From here on, I’m expecting quite good things because there’s a lot of circuits I’m used to. I’ve never been to Silverstone before (the National anyway, I’ve done the GP before.)  I’m looking forward to the circuits that I know personally because I can get in the car and get straight on it although anything can happen but I’m looking forward to it.

Have you got some new sponsors this year?

Wrightsure Insurance joined me the middle of last year and they’re back again this year. Oakleaf Heating is a new one this year and we had marriage proposal this morning from owner Peter to Liz and she said yes. So that was quite nice. He asked me if he could put the proposal sticker on my car and it was nice to have that.  We’ve got Fleet Livery Solutions, who have done all the wrapping and they do all of my design work. They are a great company. To be honest with the three companies I’ve got you can’t beat them. They are at the top of their game in their businesses. I’ve struggled for years but I’ve now got to get a brilliant, brilliant companies on-board  and I’m hoping for a long, long relationship with these guys into the future.

Race 2 report from Jamie was summed up in one word – “gutted”.

His report was as follows:

“This race wasn’t so great, we started in 5th due to the reverse grid. I got a blistering start and got into 3rd by turn one then into 2nd at turn two, then the lead at the start of the second lap. I created a 2.5 second lead and was very comfortable. The car was fantastic and I was very much in control until we got a puncture….. I felt the car washing out a lot on the right hand corners and knew something was wrong. I pushed on through as best as I could for 2 laps which allowed the cars behind to catch up until my tyre gave up into the complex, which meant we had to pull into the pits and retire the car with only 2 minutes left of the race. I was beyond gutted. Words cannot describe the emotion, but we will be back. We proved our pace this weekend on a new circuit to me. Now onto circuits we know. I just want to say a huge thankyou to Wrightsure insurance and Oakleaf Heating for their support over this weekend was great to see you all again and I hope you were pleased with the weekend. Another thank you to Team-HARD. Racing. Alex my number one was incredible and gave me a mega car! And to the boys at the unit who built and set the car up – Ray, Ollie and Charlie you made a great car lads!

See you all at Rockingham.” 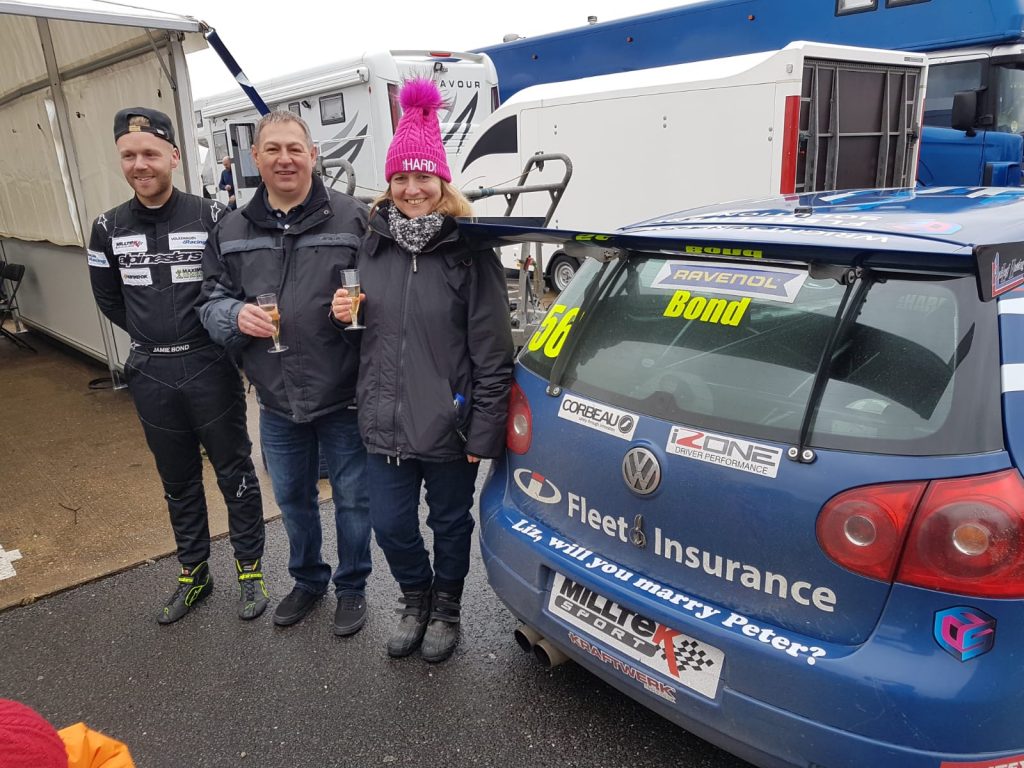