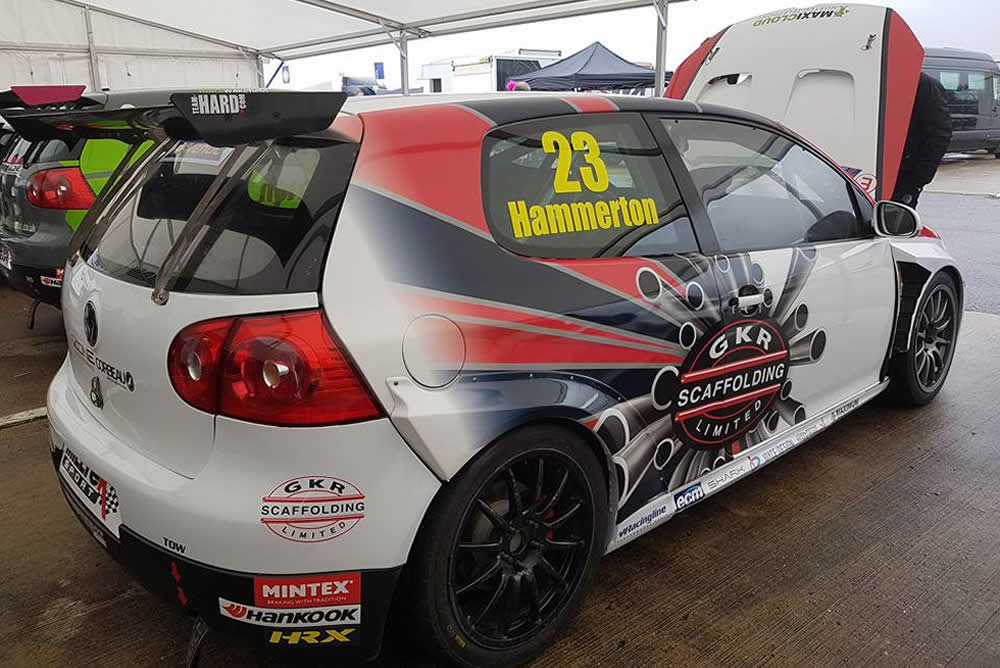 As our Scholarship winner how has your first race been?

It’s been a good day, there’s positives to take from it. I’m not quite where I’d like to be but I’m still learning all time. Conditions were tricky so let’s say what we happens tomorrow but I’m pretty pleased with how the first day has gone really.

As you say conditions were very tricky with a dry line appearing but very wet.

It was greasy this morning and then a dry line to start with but it was a bit tricky at times, especially going off line but it was a good race really.

So where did you qualify?

I qualified in 13th and finished the race in 12th. I did get up to 11th at one point and had some interesting battles but at the last few minutes ended up 12th. I was learning lap by lap with the car.

For your first weekend out we think that you’ve done remarkably well. Have you been able to give and receive lots of feedback from the mechanics and Tony (Gilham)?

Yes we’ve been making adjustments to the car throughout the day to set it up to how I like it and we are getting there.

How much testing have you had?

One day on Friday so it’s been limited.

So what are the things that you feel you need to improve on?

Mainly gear changes because they are very different from what I’m used to being a manual box and a left hand drive. So it’s just getting used to it with experience but that will come with time.

Where are you starting on the grid tomorrow and where would you like to finish?
I’d like to move up though the field and get a top 10 finish. I got a good start today but unfortunately lost out. So if I can get another good start then hopefully will move up and take the positives from the first race.

It’s then on to Rockingham. Is that a circuit that you’ve any experience of?

Yes I’ve won at Rockingham before and it’s probably my favourite circuit. So hopefully we’ll have a good round there.

You’re using the number 23 on your car is that for a specific reason.

Well, I’ve been 23 since I started karting. But it’s actually because Lewis Hamilton was 23 when I first started racing. Hopefully I can just stick with that number throughout my career.

Obviously, it’s going to be a learning curve in you Scholarship year but what are your ultimate aspirations?

I want to get into Touring Cars eventually but we’ll have to see what will happen with my learning and sponsors to get to that point. GKR Scaffolding are the main sponsor this year who have supported the Scholarship. I can’t thank them and the Team enough for the opportunity.

“Sunday morning was completely different from Friday and Saturday as the track was dry and was going to be my first ever race on slick tyres. I heated my tyres up well on the warm up lap and made another great start moving from 12th to 10th on track by Copse corner when approaching Becketts a fellow competitor who spun on the warm up lap in front of me, lost control of his car going into Becketts and drove straight into my car causing considerable damage and very frustratingly causing me to retire and a visit to the medical centre to get checked out!

Still a lot of positives to take from the weekend and I would like to thank Tony Gilham of Team-HARD and Neil Rowswell from GKR scaffolding for this amazing opportunity and to thank my mechanics Steve, Tom and all the staff from Team-HARD for their excellent work all weekend!

Already looking forward to rounds 3 and 4 at a Rockingham in 4 weeks supporting the British GT Championship.”