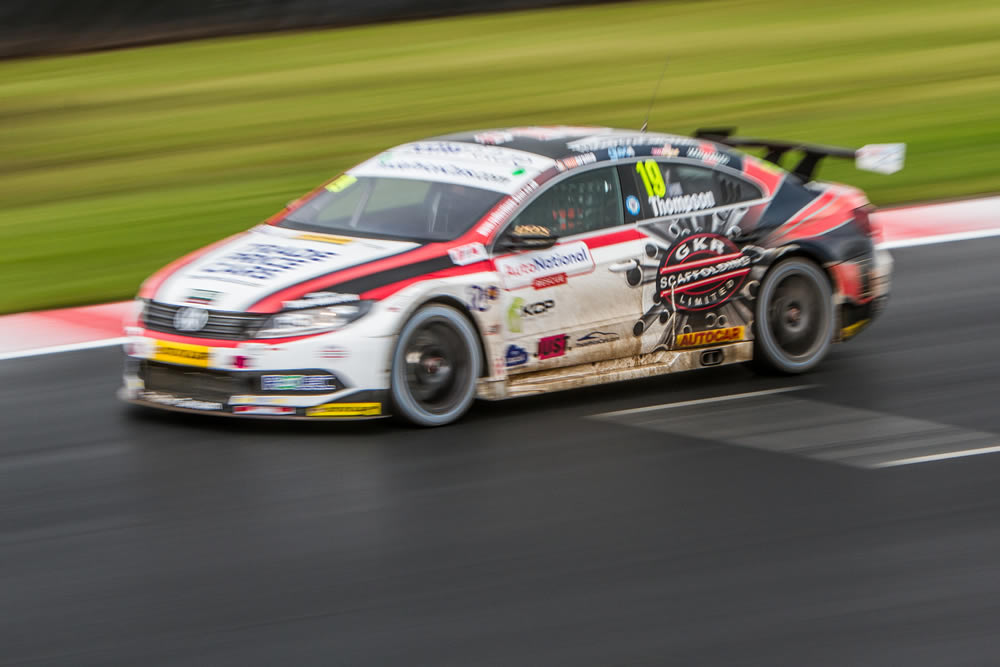 There is no doubt that Bobby Thompson’s second weekend in the Dunlop MSA British Touring Car Championship at a frigid Donington Park was a major step forward, even if the final results weren’t what the 21 year-old Hornchurch based ace was hoping for.

With his pre-weekend goal being to net his first BTCC Championship point, Bobby was on course to make good on his prediction before falling victim to some typical BTCC Race 3 robustness that saw points agonisingly slip out of his grasp.

History resonates around every corner of Donington and its surroundings. From Castle Donington itself, nestling atop the hills that overlook the 1.99-mile Leicestershire venue to the stone bridges and roadways that skirt the current track around where the likes of Carraciola, Rosemeyer and Nuvolari battled in their Grand Prix behemoths of the 1930’s. And nobody can look at the swooping Craner Curves without being transported back to the wet Easter Weekend of 1993 and Ayrton Senna’s lap from the Gods at the start of the European Grand Prix, one of the most enduring and memorable moments in motorsport.

But current BRDC Rising Star Thompson and his #19 GKR Scaffolding Team HARD with Trade Price Cars team will have to wait just a little while longer before creating their own memorable point scoring moment.

“We are really pleased with the pace we have found in the car,” said Thompson, who led the Team HARD quartet in Saturday’s rain-affected qualifying session. “I’m closer to the lead pace than I have ever been and my #19 VW CC felt the best it ever has but knowing that I could and should have scored points in race three but came away with nothing is pretty frustrating right now.

“I’m still struggling to get the right amount of traction at the start of the races,” continued Bobby who slipped from 24th to 29th at the start of race one before mounting a strong comeback that led him, for the third time in four career BTCC races, into a battle for position with multiple former series champion Jason Plato. “It took a couple of laps to pass Jason but having raced wheel to wheel with him at Brands I felt that I could be much more confident.”

Passing Plato for 20th place at Redgate Corner, Bobby quickly set about closing on the group in front with a flurry of personal best laps. But despite a bold last ditch attempt to draw alongside 19th place Ollie Jackson on the run to the chequered flag Bobby came up three tenths of a second shy of matching his best career BTCC finish.

“The car felt really good and after our issues with power steering and brakes yesterday I was really happy with my lap times,” remarked Bobby, whose fastest lap was just 1.1secs shy of the outright fastest lap. “But I know I need to improve on my starts.”

Perhaps mindful of his poor getaway in race one, Bobby admitted to overcompensating when race two began and the result was the #19 machine going nowhere until every other driver had swept past him.

“I was just waiting for the bang as I was sure someone was going to hit me,” said Thompson. “But once I got going I think the red mist came down and I picked off four or five cars but by the time I got ahead of Cainey [teammate Michael Caine] the rest were too far ahead.”

Further stymied by having to run the slower, option tyre, Bobby was still able to reduce the deficit between himself and 23rd place driver Senna Proctor from three seconds to just four tenths over the final nine laps but 24th place seemed scant reward despite a series of clean and decisive passing moves.

“I said before the weekend I wanted to score points and even though I had to make up nine places, with the number of drivers ahead of me on the option tyre and me back on the prime for the final race I was still confident of getting the job done,” added Bobby, who made his best start so far from the outside of the 12th row when race three got underway.

“I’m used to hard racing in the VW Cup Series but this was something else,” added Bobby, who had to take evasive action at the bottom of the Craner Curves when half a dozen drivers collided, sending cars scattering in all directions. “I saw Josh Price heading directly toward my turn in point so I had no choice but to turn left instead of right which allowed a couple of drivers through but it saved the car and my race.”

The intervention of the Safety Car allowed Thompson, now running 22nd, to regain his lost ground and when racing resumed on lap 7 of 19 he set about passing Matt Simpson, one of those on the option tyre. However two laps later and in the midst of a six strong pack of cars Bobby suddenly found himself forced onto the grass following contact from another driver and in a flash his efforts had been undone.

Remarkably the #19 machine was undamaged save for the tell-tale tyre marks on the driver’s side door and Thompson resumed his task in earnest with his teammate Caine first in line. However the vastly experienced former British GT Champion put up a robust defence to every passing attempt Thompson made and while a series of incidents further up the field elevated him to 20th when the chequered flag fell, Bobby’s sense of frustration was palpable as Simpson finished 14th and scored two precious championship points.

“It’s a really tough situation especially as I knew the car was fast and it was just a matter of time before I would have got ahead of Simpson,” said Bobby. “I know that this is the BTCC and that every position matters a lot but there were drivers all around me who were just being way more aggressive than in the first two races. Michael [Caine] was defending hard and didn’t make a mistake so without risking colliding with a teammate there wasn’t much I could do.

“But I have to take the positives and the fact is the team overcame some major problems on Saturday and then gave me the best car I’ve had so far on race day. I finished 7th in the Jack Sears Trophy in each race and moved up in the standings there. I made plenty of passes and raced everyone cleanly and once I’ve got the hang of the race starts I know I am going to be a contender for points every time we hit the track.” 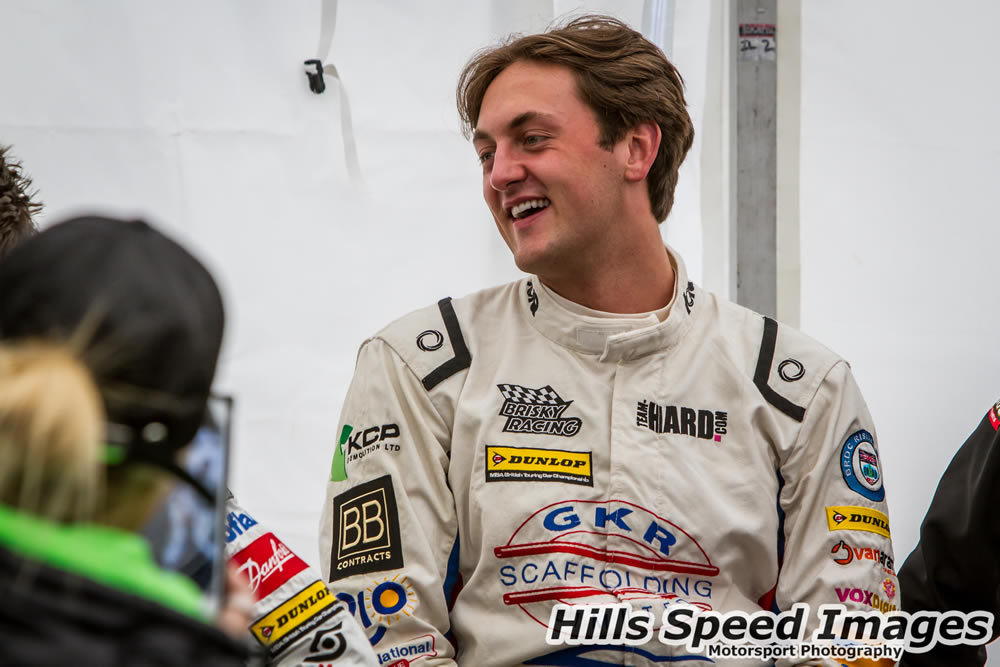 Rounds 7, 8 and 9 of the 2018 Dunlop MSA British Touring Car Championship will be held at the ultra-quick Thruxton circuit in Hampshire on May 19-20.