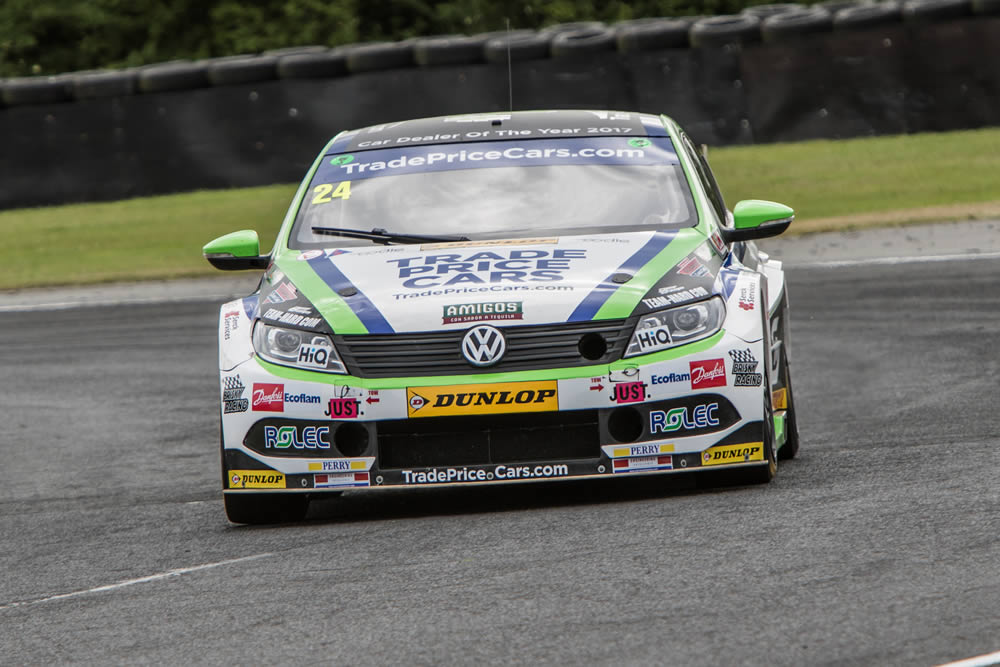 Trade Price Cars Brisky Racing’s Jake Hill described his weekend at a blisteringly hot Croft in North Yorkshire as ‘one of the toughest I’ve ever had in BTCC’ after a weekend which saw his first retirement of the season in race one, and performance issues in races two and three.

A promising run to P8 in practice lead to hope for qualifying, but both Hill and team-mate Mike Bushell were unable to match the times set in practice, with Hill qualifying a frustrated 25th.

Starting on the option ‘Hard’ tyre Hill made a good start and benefitted from incidents ahead involving Austin and Cook, so ended lap one in P22….however behind the Safety Car a stone was flicked through the radiator, forcing retirement. 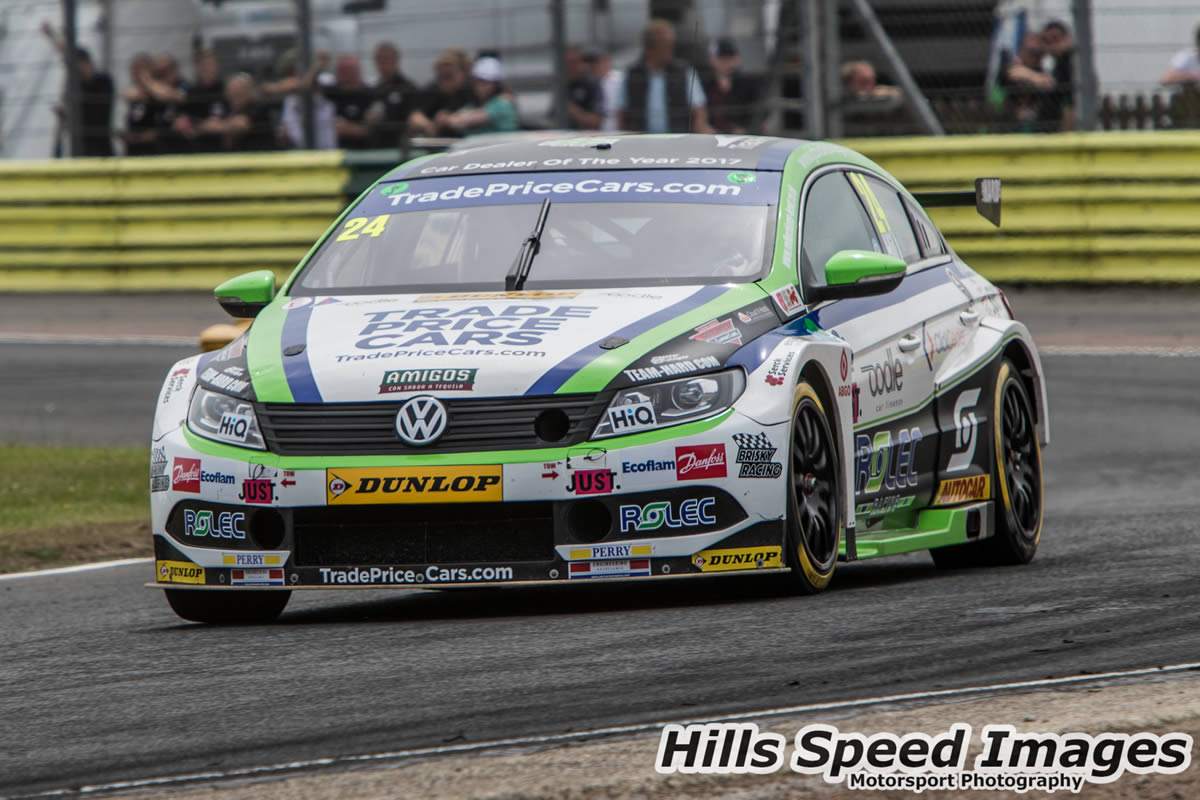 Race two and starting P30, a drama on the grid saw the car spring a water leak, the crew frantically working to repair things and get Hill away from his grid position as planned.

Another strong start and some issues for cars around, plus a couple of strong passes saw him up to P21 – all good for his Dunlop #ForeverForward award for most places gained – but as the last few laps began, Hill’s ‘Prime’ tyres began dramatically losing performance, with his lap times almost 10 seconds slower than his best, meaning a finish of P26.

“The car was good for the first few laps, but very quickly I could feel the tyre performance dropping, and by the last few laps it was like driving on ice. We just couldn’t get the tyres to last, so I was just making sure I brought the car back safely”

Hill’s crew worked hard in sweltering conditions to change the car for the final race, and the early indications were promising, moving past Smelt and Smith on the opening lap, then passing team-mate Bushell and a lap later Jackson, plus benefitting from Austin’s problems. Now P21 and pushing Cole, the issues from race two reappeared, and again tyre performance dropped massively, Hill dropping back and eventually finishing P25.

“The team have worked incredibly hard. Geoff, Phil and Yahor my engineer, Jamie, Josh, Carl, Nathan, Gary and the rest of the lads have put in so much effort. We just haven’t been able to get things working the way we want, which is incredibly tough for everyone, all of the drivers and all of the team are trying their hardest, that’s for sure”

“Now there is a five-week summer break and the team are testing at Snetterton, so let’s hope they can unlock the pace there, as there are some tracks in the second half of the season which should suit the car”