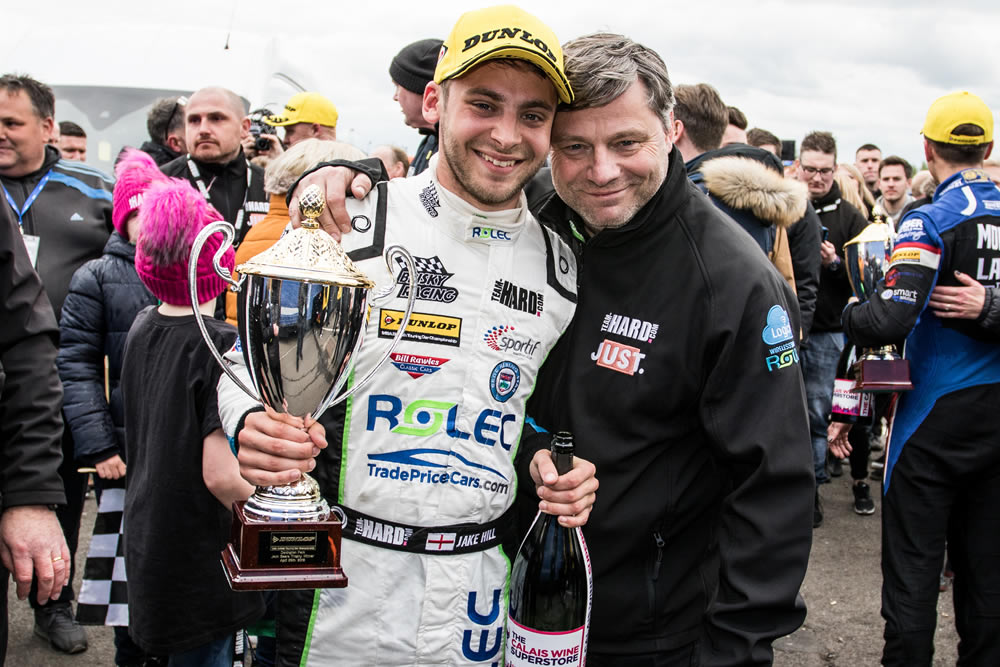 After being relegated to the back of the 32-car grid in qualifying, Trade Price Cars Brisky Racing driver Jake Hill demonstrated superb race craft and determination, charging up to a remarkable 17th place in race one, topping this with a drive from 22nd on the grid in to finish 10th in the day’s final race, and with it take the Jack Sears Trophy along with the Dunlop #ForeverForward award for most overtakes over the three races.

A ride-height infringement during Saturday’s wet qualifying saw Hill’s times disallowed whilst 10th on the grid, the team subsequently working hard to ensure he had a strong car for the three races – all which turned out to be dry.

“Of course it was hugely frustrating to lose the qualifying times, but my engineers and I sat down and worked out a set-up for the races, and my focus was on keeping out of trouble and finishing as well as possible in race one”

Some daring overtakes – all captured by ITV4 HD’s ‘on-board’ cameras – and dramas for other drivers saw Hill quickly up to P18, then  a battle with Jordan’s BMW,  then passing Nash’s Honda on the final lap resulted in a hard-earned 17th. 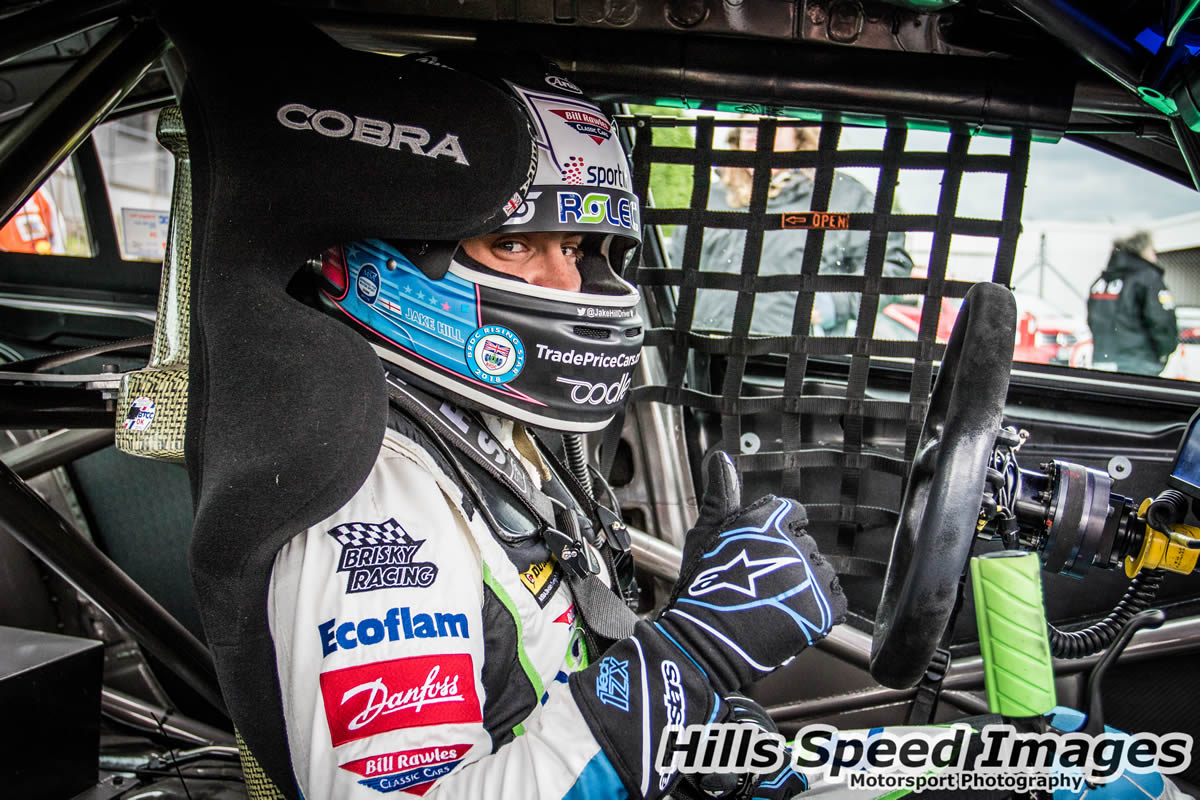 “The plan worked – I kept out of trouble, had a couple of good battles, and we are making progress” smiled Hill.

Starting 17th on the ‘Option’ hard Dunlop SportMaxx tyre for race two, a number of fierce battles, some braking issues and the tyre losing performance meant Hill was frustrated to finish 22nd, but pleased he was still in contention.

“We struggled a bit in that one, the ‘Hard’ tyre was ok initially and we were on for a possible P12, but the performance dropped off so quickly, I got pushed off line and lost a load of time, but at least we finished in sensible shape”

Having changed the brakes for the final race, and now back on the preferred ‘Prime’ tyre, BRDC ‘Rising Star’ Hill made a strong start and then benefitted from other drivers going off and having problems ahead – contact between Motorbase team-mates Cole and Tordoff bringing out a Safety Car, with Hill now running in P17.

A strong re-start saw Hill quickly pass Jackson, then Goff hit problems, and on lap 12 of 19 a brave and committed move – captured on Hill’s on board camera – saw him pass Austin around the outside and at one point on the grass at the fearsome Craner Curves, for many watching this being the move of the day.

As the laps ran down, Butcher dropped back and a frantic battle with WTCC Independent Champion Tom Chilton’s Ford Focus RS, saw the pair cross the line nose-to-tail, Hill finishing in the points in a superb 10th overall.

“What a battle! The car was so much better – great work by Egor and Geoff, Jamie, Nathan, Roy and the lads for their hard work. Bit of an edgy move with Austin but fair play he gave me enough room, then it was so close with me and Tom, but P10 is a crazy result after starting race one dead last! Huge thanks to Tony (Gilham) and the team, and of course my mega partners – we had guests here  from ROLEC, Sportif Cars, AWS Appliance Spares, Ecoflam, Trade Price Cars, Brisky Racing plus friends and family – I’m SO pleased to have Won the Jack Sears and Forever Forward”

“My team-manager Jamie (Warren) was told on the radio by the officials that I’d Won the Jack Sears, but didn’t tell me, so it was a complete shock when I was given a Dunlop Winner’s cap and told to head to the podium! Almost half the grid are eligible for Jack Sears – and in the 60th Anniversary season of Jack winning the first-ever BTCC it means so much winning this round. I am 4th in the standings now, 9th in Independent’s and leading the Dunlop #ForeverForward, so it shows that you have to focus on race day in BTCC. I still would rather have been on Pole though!” 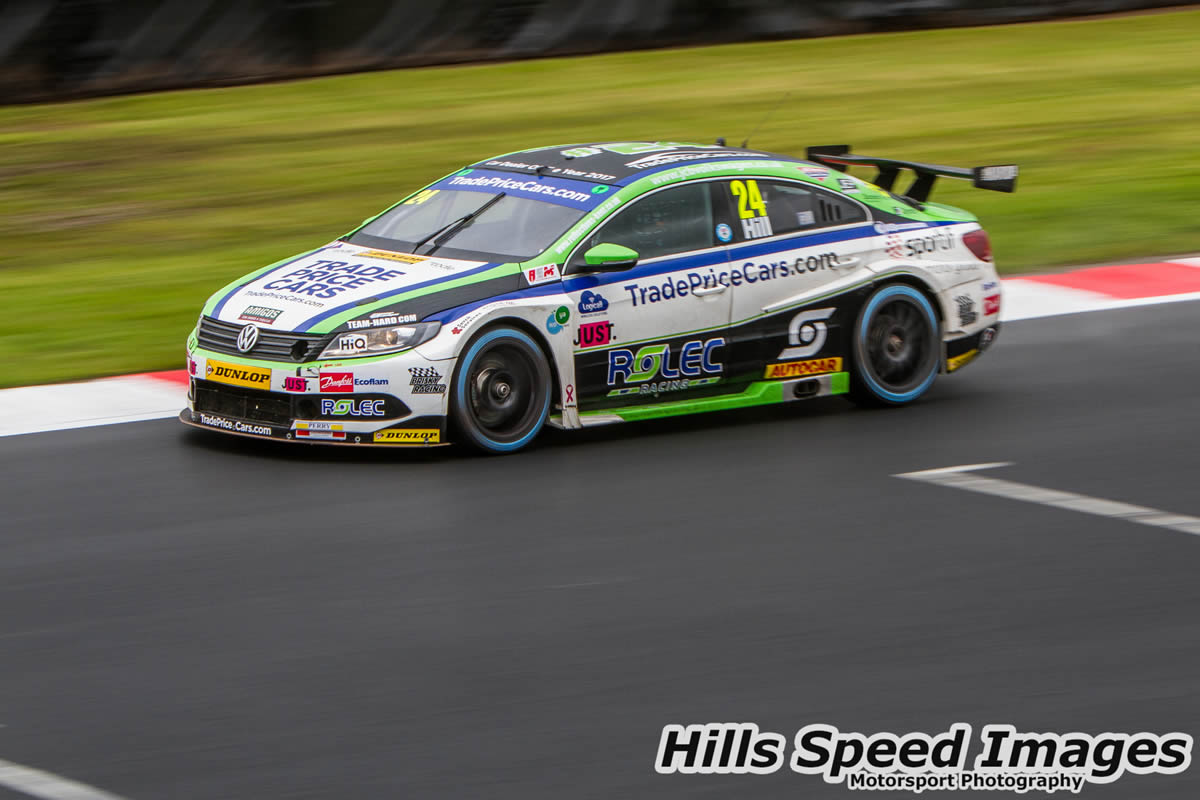