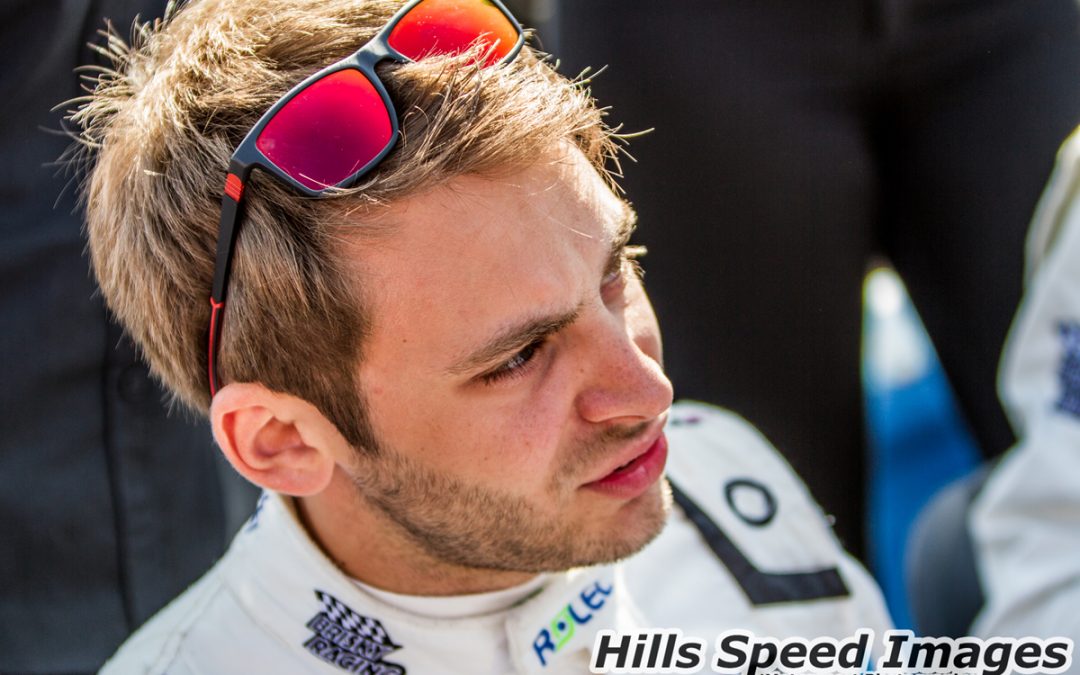 BRDC ‘Rising Star’ Hill worked through a number of set-up changes, being happy with the car after FP2, and felt confident going into qualifying he had a car ‘under’ him to work with.
After putting in a solid initial lap, Hill was ‘up’ on his best time on his second set of new tyres, when he caught the Honda of Matt Neal – at one of the fastest sections of the circuit – and although Neal moved over, Hill having caught Neal ‘late’ was forced wide at Bancroft, resulting in a scary 100mph+ spin, finally stopping just metres from the tyre wall.
‘That scared the life out of me! I think Matt saw me late, didn’t quite move over as early as I expected, so I went into the corner and next thing I knew I was spinning…it was pure luck the car wasn’t destroyed!’
‘We have struggled to get the one-lap pace out of the car in qualifying, but we often have a very strong car for the races, I know we will have a car that works well over a full race distance, so I am really confident we will make progress’.
‘I am proud to be leading the Dunlop #ForeverForward series, am third in the Jack Sears Trophy, and my team-mate Mike (Bushell) and me are doing well in the Independents team series – so I am aiming to improve in all of these series’
All three races are shown LIVE on ITV4HD – race one at 12.05 – race two at 14.45 – race three at 17.25