Hill battles to BTCC points in the park 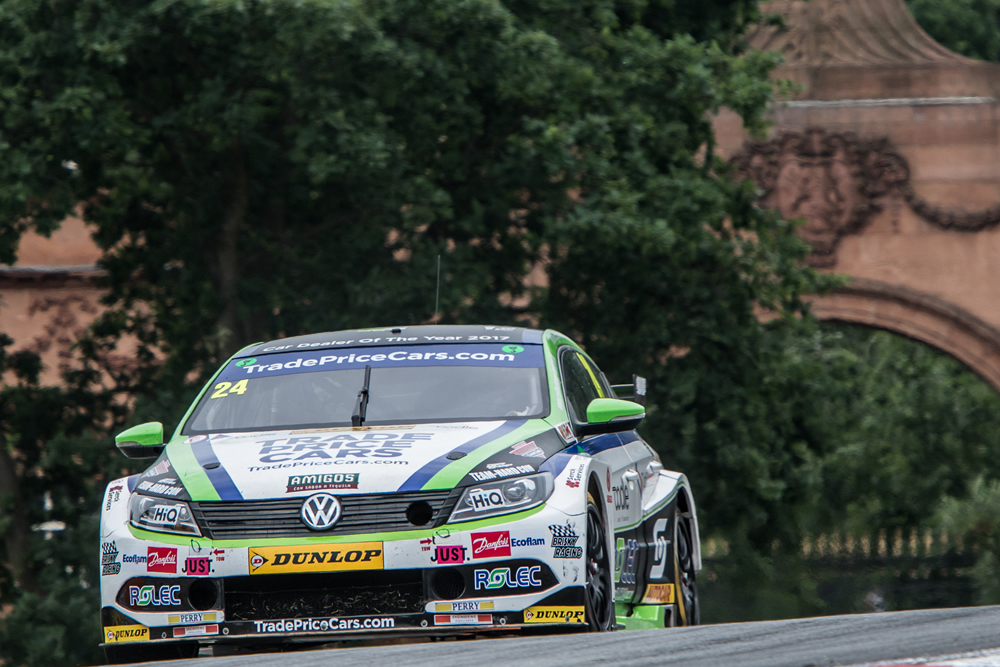 Maintaining his 100% finishing record in the 2018 Dunlop MSA British Touring Car Championship, and his lead in the Dunlop #ForeverForward category for most places gained, Trade Price Cars Brisky Racing’s Jake Hill battled into the championship points in the final race of the weekend at Oulton Park.

Having qualified a season’s best P21 Hill struggled in race one with the balance of the car, finishing P23, and heading to the pitlane minutes before race two had the car’s differential fail.

Incredibly Hill’s crew sprinted into action and with just seconds to spare managed to change the ‘diff’ and get Hill into the pitlane, being allowed to join the grid, but start P31and last.

“As frustrating as it is to have a failure, at least it happened when and where it did. I could not believe the job the boys did – Jamie, Josh, Carl, Nathan and the rest of the lads were amazing – I can’t thank them enough – even my Dad helped – admittedly only by holding up the bonnet! – but they got me out there and that was incredible!” 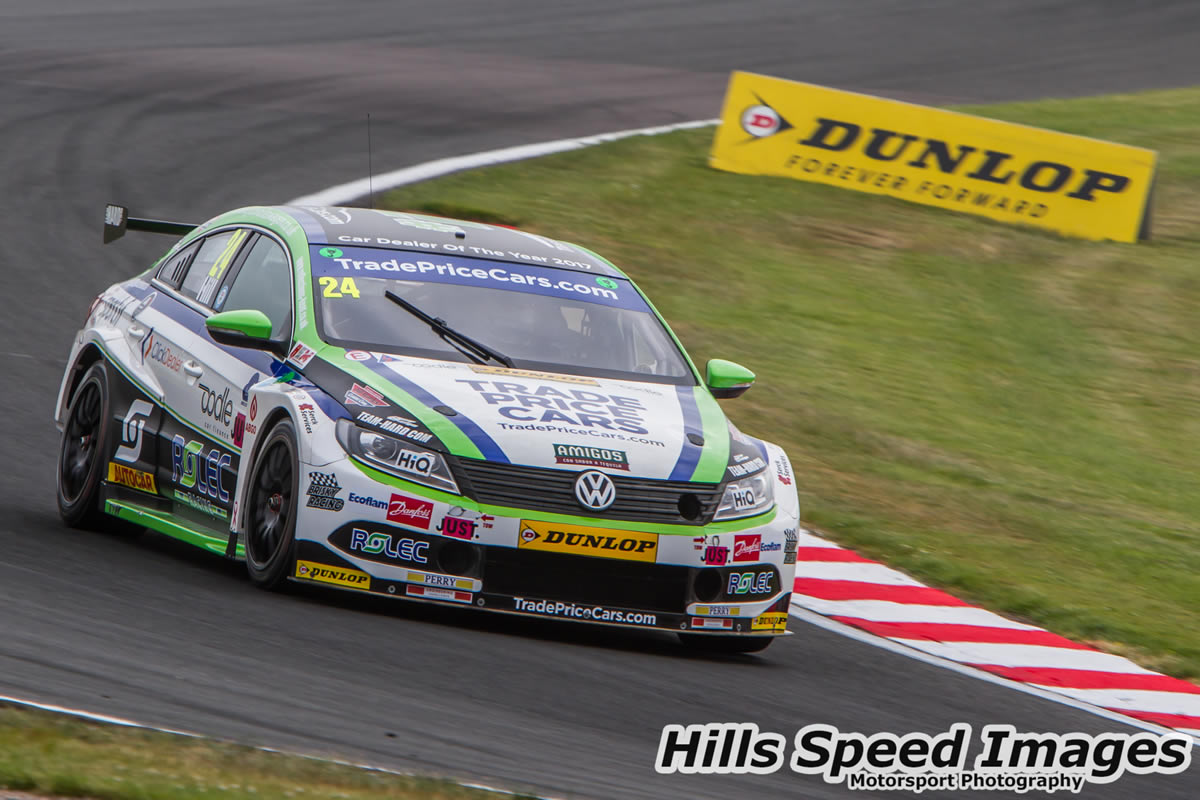 Determined to make up places on a circuit notoriously difficult to pass, Hill had a sensational start – moving up 7 places by the first corner – and gaining further places when Oliphant, Cook and Jelley hit problems. Later as Boardman dropped back, it meant a further gain, and a final finish of P21, again fighting hard.

So for there final race of the weekend, BRDC ‘Rising Star’ Hill was determined to score some points, however was fortunate not to be caught up in a spectacular start-line accident which saw Oliphant, Butcher, Smiley and Lloyd all tangle and retire with massive damage – fortunately all were ok – but the race was stopped to clear up the debris.

At the re-start, Hill immediately gained a place from Plato, ending lap one on target and already in the points in P15.

As Cammish and Smith dropped back, Hill was setting quick lap times, and capitalised on Neal running wide before catching Proctor and pulling off a sensational pass into Old Hall, slicing by in a brave late-braking pass, now P10.

Charging hard and now on the back of his team-mate Bushell, a last-lap surge saw Ingram pass Cole, who ran wide and lost time, allowing Hill to catch and dive for the inside, tapping the back of Cole and passing him for P9.

Afterwards though the officials reversed the positions leaving Hill P10, but still very satisfied to have proved his race craft and determination yet again, and taking his third points score of the season.

“The car was SO good in that race! Back to when it was strong here last year, if we can get the car like this in qualifying from now on we could be in really good shape!  It was frustrating to have the place reversed at the end, James moved over very late ‘cos he ran wide at the previous corner, so one of those things but still really pleased with that race. Hugely grateful to all our fantastic partners who joined us at Oulton – Trade Price Cars, Oodle, ClickDealer, Ecoflam…our new partners ABGO and my friend Graham Saul from Cloud 9 Hosts, plus those not here like ROLEC,Brisky Racing, Sportif Cars, Danfoss, Scoria Tech, Bill Rawles Classic Cars, Zynth, Spine Optics, P1 Nutrition – great to do well for everyone!”