HARD. work continues for Bushell in 2019 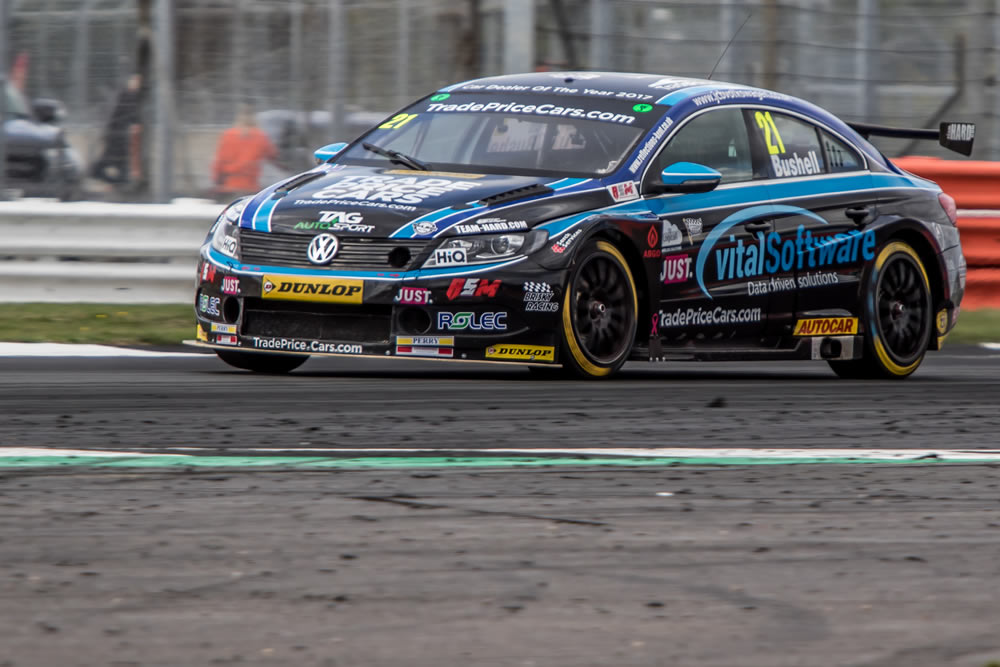 Team HARD. and Brisky Racing are very proud to announce that Mike Bushell will continue with the team in the Dunlop MSA British Touring Car Championship in 2019.

Following on from a much stronger second half of the season so far and off the back of a real solid performance at Silverstone, this is a clear statement of intent as the team look to continue their upturn in performance in to 2019. Topping the times in free practice and a top 5 qualifying time before the lap being taken away showed genuine pace and a drive up to 7th in race one before the 3rd strike and a back of the grid penalty for race two stood in the way of our push for silverware.

The CC has been extensively developed over the winter and throughout the season and we now believe we have a package to rival any other team and driver combination on the grid. We still have more to come and will be looking to build in certain areas where we need to in order to compete at the front consistently. We are still a young family team, but are very determined to succeed at the very top and in Mike we have the perfect driver to do that.

With the confirmation of new sponsor Fox Transport for Mike in 2019, we have been able to get a deal done early so we can really work hard in the coming months to hit the ground running come the start of the 2019 season.

Tony said, “Mike is an unbelievable talent and I have never met a more driven and ambitious driver in my life. He has extensive knowledge about the car and has been a real asset for the team in the engineering department. He is the complete package and one that we wanted to hold on to in our quest to be a top team in the best championship in the world. It is amazing for the team to have a deal in place already for 2019 and will enable us to improve in all the areas where we feel we can really work on over the winter.”

Mike added, “”I am delighted to be staying with the team for the 2019 season. After the struggles early on this year, hard work and the determination to not give up has rewarded us with strong pace and several great points finishes. Topping the timesheets at Silverstone in Free Practice was a real highlight, not to mention achieving the team’s best ever qualifying with 4th place at Rockingham. The key to success in the BTCC is consistency. I always look up to the likes of Tom Ingram and Speedworks who stick together, keep making progress and are now fighting for the overall driver’s title. I see Team HARD. as the perfect place to further my racing career as my relationship with the team goes beyond the race weekends and I have been able to be heavily involved with the preparation and engineering. We’ve become a family and every success is shared between us all. We’ve had some real flashes of speed this year and we have a great winter testing plan lined up to build on the solid package we have now. All of this would not be possible without the help of Tony Gilham and I look forward to rewarding the faith he has in me”

Tony continued “The whole team are behind Mike and we must say a huge thank you to every single person involved in what we are building. We have shown glimpses of pace but now it is time to take it to the next level.”