Hamilton remains with the team in which he achieved his best qualifying position and first points finish in the UK’s premier motorsport series after driving one of the teams Volkswagen CC’s in 2020. Looking ahead to 2021, there is great excitement for what a second year with the team may bring as Hamilton remains at the wheel of a ROKiT Phones and ABK Beer sponsored car this season.

The team have been working hard to build brand new Cupra Leon’s for the upcoming season, bringing the marque to the championship for the first time. With the newest car on the grid, the team will be aiming to move up the order in 2021.

Optimistic about his chances this season, Hamilton said, “I am enormously proud to be back on the BTCC grid this year. A lot of hard work and physical conditioning ensures I can participate in the sport and I am grateful to ROKiT Phones, ABK Beer and my other partners for their continued support and belief in me. Having accomplished some great personal results last year, in what was a difficult car to drive, I cannot wait to get behind the wheel of our new Cupra Leon and start a new chapter with Team HARD.

“Team HARD have made a huge decision to invest in the new car programme and I’m thankful for their decision to welcome me into their fold again. I really believe we can achieve some great results and memorable moments together this season. There’s a lot to look forward to.”

Team HARD. Racing’s Managing Director, Tony Gilham commented: “It’s great that Nic has chosen to remain with the team for the 2021 season. He was a fantastic asset last season and his determination was rewarded with this best qualifying position and first BTCC points finish at Brands Hatch. These results only act as optimism about what we can achieve together this year in our all new Cupra Leon.

“We made the decision to replace our trusted Volkswagen CC midway through the season in 2020 in favour of the then to be released Cupra Leon. The engineers have done a great job to design the car from the ground up and have been working in cohesion with the mechanics who have built the cars. Team morale is high and the signing of Nic has only raised their spirits higher.

“Nic has a wealth of BTCC experience and his specially adapted car is well into the build process. I look forward to seeing Nic and the car’s development as he continues to work alongside Jack, Glynn and Aron. We have a very strong line-up.”

Jonathan Kendrick, Co-Founder & Chairman of the ROKiT Group of Companies added: “We are delighted to continue our support for Nic as he pursues his ambitions in the BTCC. He’s a tremendous inspiration for so many people and a great Ambassador for ROKiT and, in his new car, I’m confident we’ll see his talent really shine through this year.”

Hamilton’s Cupra Leon is adapted to allow him to compete with cerebral palsy. The car in its new ROKiT stealth livery will be shaken down for the first time on Tuesday 23rd March at Brands Hatch. 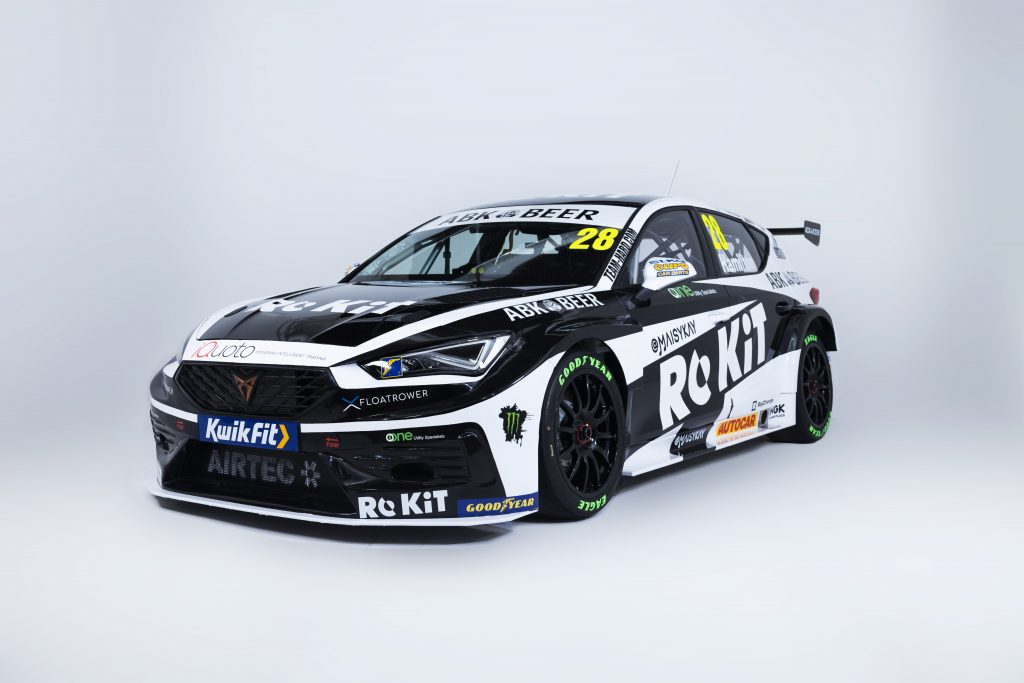